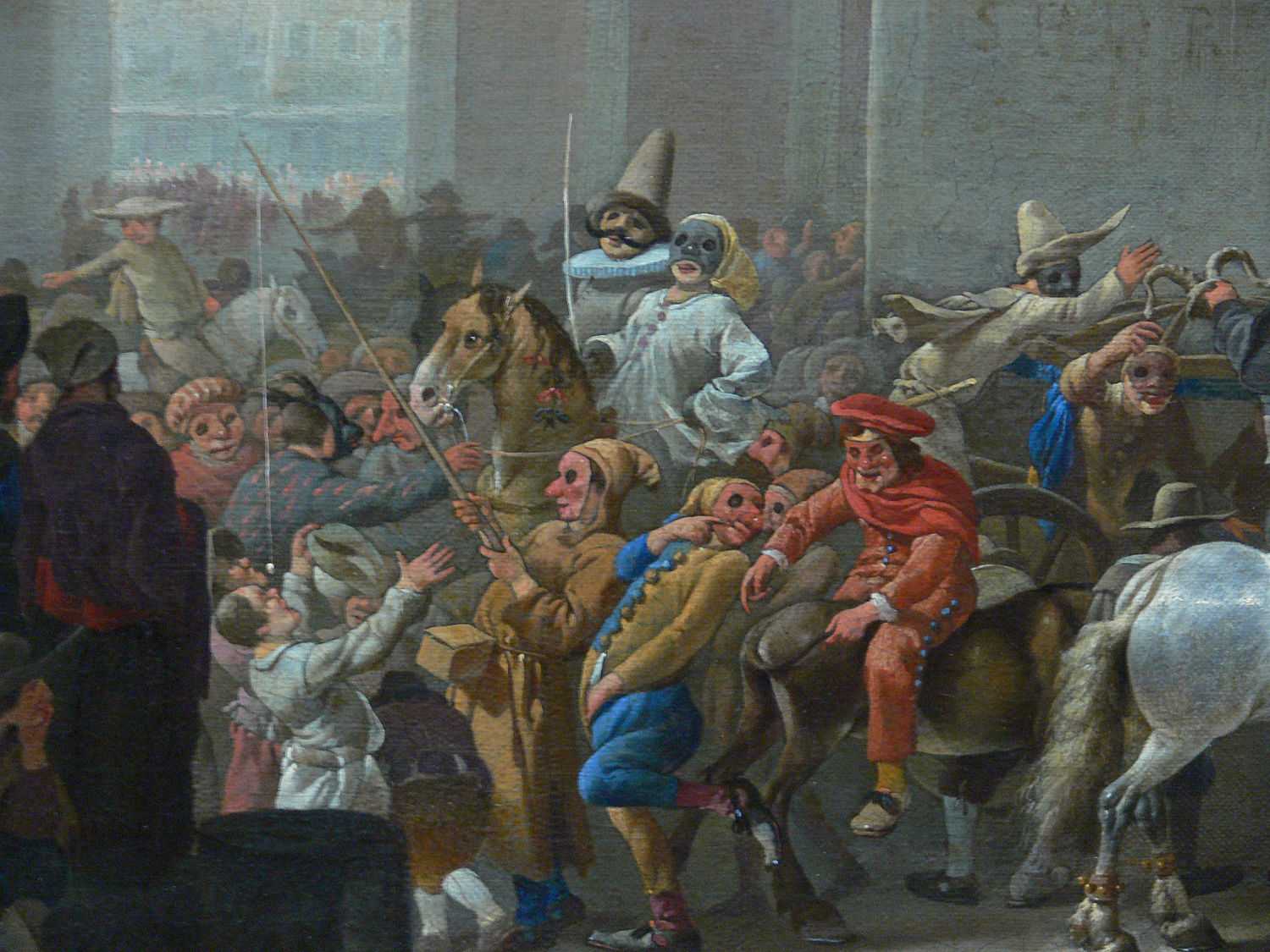 Carnival is a Western Christian festive season that occurs before the liturgical season of Lent.[2] The main events typically occur during February or early March, during the period historically known as Shrovetide (or Pre-Lent). Carnival typically involves public celebrations, including events such as parades, public street parties and other entertainments, combining some elements of a circus. Elaborate costumes and masks allow people to set aside their everyday individuality and experience a heightened sense of social unity.[3] Participants often indulge in excessive consumption of alcohol,[4] meat, and other foods that will be forgone during upcoming Lent. Traditionally, butter, milk, and other animal products were not consumed "excessively", rather, their stock was fully consumed as to reduce waste. This festival is known for being a time of great indulgence before Lent (which is a time stressing the opposite), with drinking, overeating, and various other activities of indulgence being performed. For example, pancakes, donuts, and other desserts are prepared and eaten for a final time. During Lent, animal products are eaten less, and individuals have the ability to make a Lenten sacrifice, thus giving up a certain object or activity of desire.

Other common features of Carnival include mock battles such as food fights; expressions of social satire; mockery of authorities; costumes of the grotesque body that display exaggerated features such as large noses, bellies, mouths, phalli, or elements of animal bodies; abusive language and degrading acts; depictions of disease and gleeful death; and a general reversal of everyday rules and norms.[3][5] The Italian tradition of wearing masks dates back to the Venice Carnival in the 15th century, and has been an inspiration in Greek theater and Commedia dell'arte for centuries.[6][7]

The term Carnival is traditionally used in areas with a large Catholic presence, as well as in Greece. In historically Evangelical Lutheran countries, the celebration is known as Fastelavn,[8][9] and in areas with a high concentration of Anglicans (Church of England/US Episcopal Church), Methodists, and other Protestants, pre-Lenten celebrations, along with penitential observances, occur on Shrove Tuesday or Mardi Gras.[10] In Slavic Eastern Orthodox nations, Maslenitsa is celebrated during the last week before Great Lent. In German-speaking Europe and the Netherlands, the Carnival season traditionally opens on 11/11 (often at 11:11 a.m.). This dates back to celebrations before the Advent season or with harvest celebrations of St. Martin's Day.