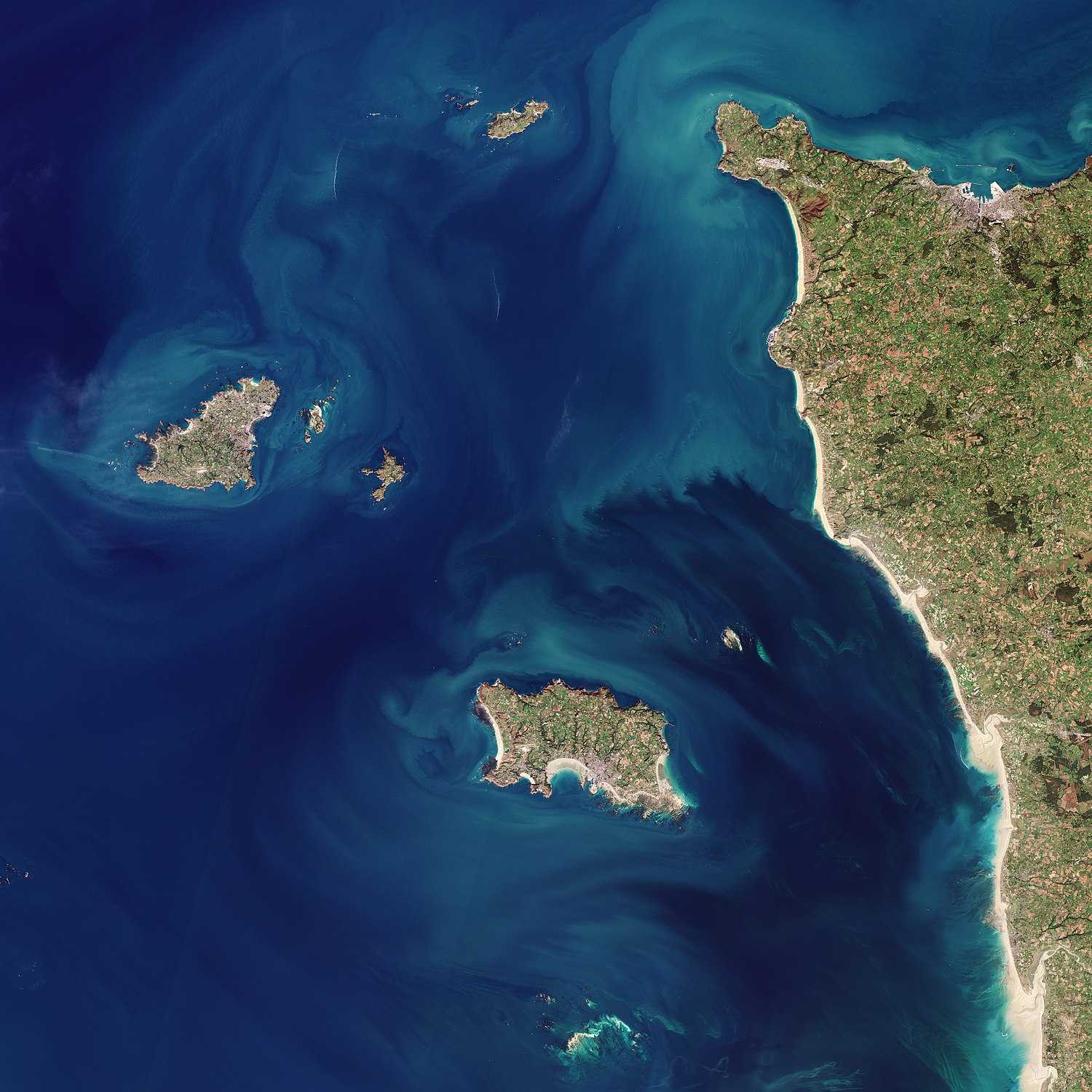 The Channel Islands (Norman: Îles d'la Manche; French: îles Anglo-Normandes or îles de la Manche)[note 1] are an archipelago in the English Channel, off the French coast of Normandy. They include two Crown Dependencies: the Bailiwick of Jersey, which is the largest of the islands; and the Bailiwick of Guernsey, consisting of Guernsey, Alderney, Sark, Herm and some smaller islands. They are considered the remnants of the Duchy of Normandy and, although they are not part of the United Kingdom,[3] the UK is responsible for the defence and international relations of the islands.[4] The Crown dependencies are not members of the Commonwealth of Nations, nor have they ever been in the European Union. They have a total population of about 171,916, and the bailiwicks' capitals, Saint Helier and Saint Peter Port, have populations of 33,500 and 18,207, respectively.

Archipelago in the English Channel

"Channel Islands" is a geographical term, not a political unit. The two bailiwicks have been administered separately since the late 13th century. Each has its own independent laws, elections, and representative bodies (although in modern times, politicians from the islands' legislatures are in regular contact). Any institution common to both is the exception rather than the rule.

The Bailiwick of Guernsey is divided into three jurisdictions – Guernsey, Alderney and Sark – each with its own legislature. Although there are a few pan-island institutions (such as the Channel Islands Brussels Office, which is actually a joint venture between the bailiwicks), these tend to be established structurally as equal projects between Guernsey and Jersey. Otherwise, entities proclaiming membership of both Guernsey and Jersey might in fact be from one bailiwick only. For instance, the Channel Islands Securities Exchange is in Saint Peter Port and therefore is in Guernsey.

The term "Channel Islands" began to be used around 1830, possibly first by the Royal Navy as a collective name for the islands.[5]: 158  The term refers only to the archipelago to the west of the Cotentin Peninsula. Other populated islands located in the English Channel, such as the Isle of Wight, Hayling Island and Portsea Island, are not regarded as "Channel Islands".