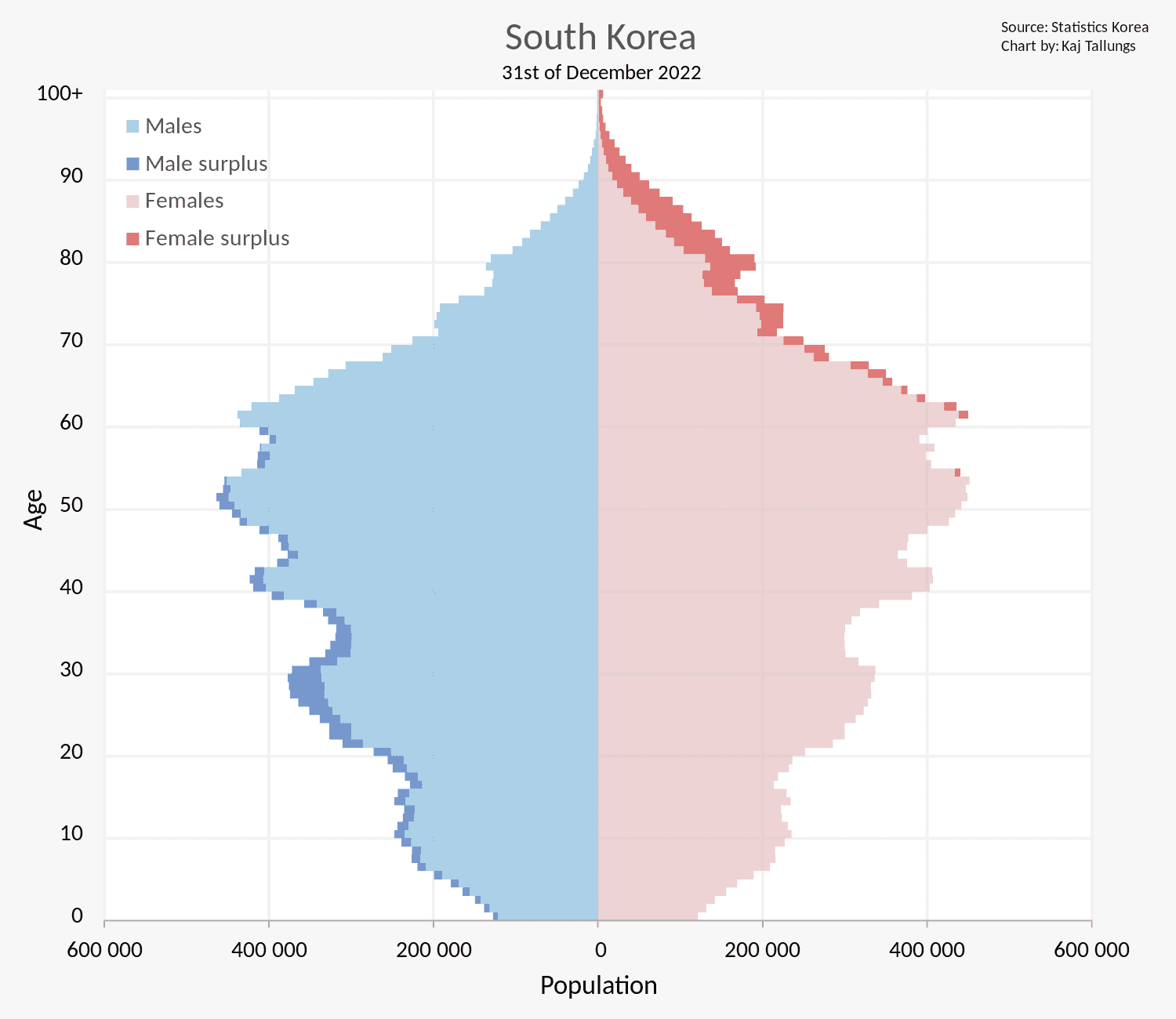 Demographic features of the population of South Korea

In 2018, fertility in South Korea became a topic of international debate after only 26,500 babies were born in October and an estimated 325,000 babies for the year, causing the country to achieve the lowest birth rate in the world.[5][6][7] In a further indication of South Korea's dramatic decline in fertility, in 2020 the country recorded more deaths than births, resulting in a population decline for the first time since modern records began.[8][9]

Analysts have attributed South Korea's population decline resulting from low birth rates to the country's high economic inequality; including the high cost of living, low wages for an OECD member country, lack of job opportunities, as well as rising housing in-affordability.[10] Many South Koreans have termed their country "Hell Joseon"[lower-alpha 1] as a result, and the last two generations has considered themselves "Sampo"[lower-alpha 2] and "N-po"[lower-alpha 3] respectively.[11][12] South Korea also has the highest suicide rate in the OECD and the wider developed world.[13]