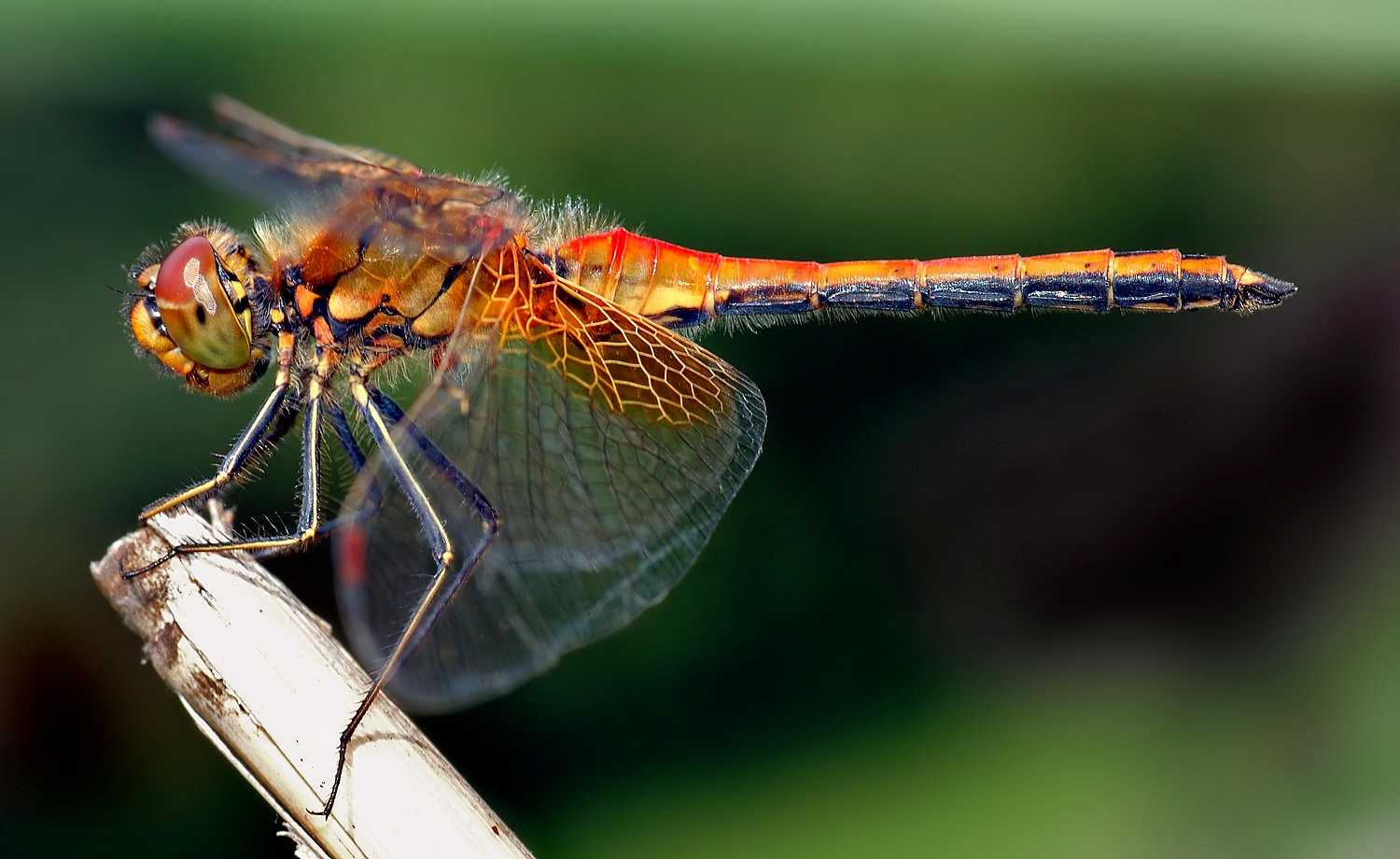 A dragonfly is a flying insect belonging to the infraorder Anisoptera below the order Odonata. About 3,000 extant species of true dragonfly are known. Most are tropical, with fewer species in temperate regions. Loss of wetland habitat threatens dragonfly populations around the world. Adult dragonflies are characterized by a pair of large, multifaceted compound eyes, two pairs of strong, transparent wings, sometimes with coloured patches, and an elongated body. Many dragonflies have brilliant iridescent or metallic colours produced by structural colouration, making them conspicuous in flight. An adult dragonfly's compound eyes have nearly 24,000 ommatidia each.

Dragonflies are predatory insects, both in their aquatic nymphs stage (also known as naiads) and as adults. In some species, the nymphal stage lasts for up to five years, and the adult stage may be as long as ten weeks, but most species have an adult lifespan in the order of five weeks or less, and some survive for only a few days.[2] They are fast, agile fliers capable of highly accurate aerial ambush, sometimes migrating across oceans, and often live near water. They have a uniquely complex mode of reproduction involving indirect insemination, delayed fertilization, and sperm competition. During mating, the male grasps the female at the back of the head, and the female curls her abdomen under her body to pick up sperm from the male's secondary genitalia at the front of his abdomen, forming the "heart" or "wheel" posture.

Fossils of very large dragonfly-like insects, sometimes called griffinflies, are found from 325 million years ago (Mya) in Upper Carboniferous rocks; these had wingspans up to about 750 mm (30 in), though they were only distant relatives, not true dragonflies.

Dragonflies are represented in human culture on artefacts such as pottery, rock paintings, statues and Art Nouveau jewellery. They are used in traditional medicine in Japan and China, and caught for food in Indonesia. They are symbols of courage, strength, and happiness in Japan, but seen as sinister in European folklore. Their bright colours and agile flight are admired in the poetry of Lord Tennyson and the prose of H. E. Bates.