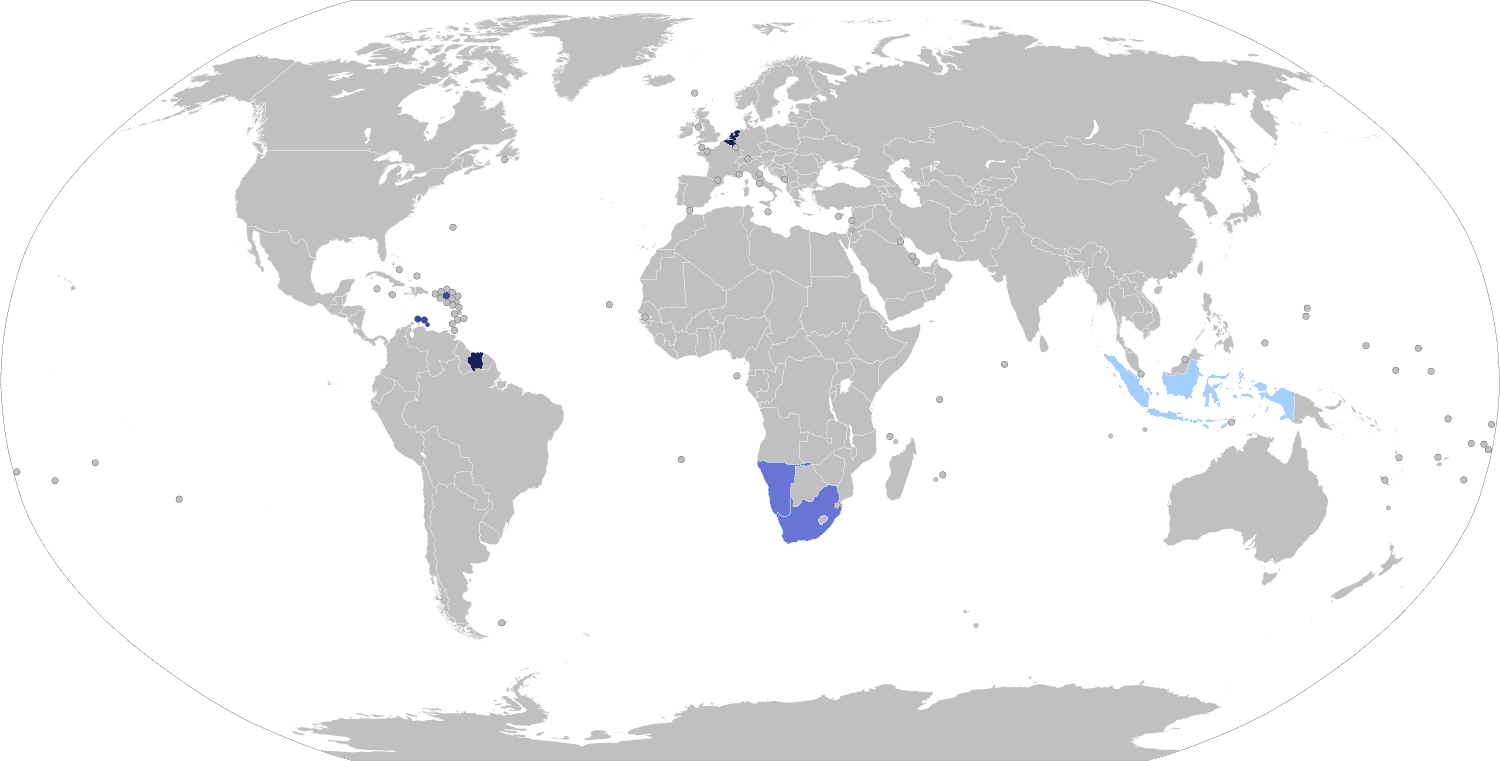 listen)) is a West Germanic language spoken by about 25 million people as a first language[4] and 5 million as a second language. It is the third most widely spoken Germanic language, after its close relatives German and English. Afrikaans is a separate but somewhat mutually intelligible daughter language[n 1] spoken, to some degree, by at least 16 million people, mainly in South Africa and Namibia,[n 2] evolving from the Cape Dutch dialects of Southern Africa. The dialects used in Belgium (including Flemish) and in Suriname, meanwhile, are all guided by the Dutch Language Union.

In Europe, most of the population of the Netherlands (where it is the only official language spoken countrywide)[5] and about 60% of the population of Belgium (as one of three official languages) speak Dutch.[2][3][6][7] Outside the Low Countries, Dutch is the native language of the majority of the population of the South American country of Suriname, a former Dutch colony, where it also holds an official status, as it does in the Caribbean island countries of Aruba, Curaçao and Sint Maarten, which are constituent countries of the Kingdom of the Netherlands. Up to half a million native speakers reside in the United States, Canada and Australia combined,[n 3] and historical linguistic minorities on the verge of extinction remain in parts of France,[8] Germany and Indonesia.[n 4]

Dutch is one of the closest relatives of both German and English[n 5] and is colloquially said to be "roughly in between" them.[n 6] Dutch, like English, has not undergone the High German consonant shift, does not use Germanic umlaut as a grammatical marker, has largely abandoned the use of the subjunctive, and has levelled much of its morphology, including most of its case system.[n 7] Features shared with German include the survival of two to three grammatical genders—albeit with few grammatical consequences[n 8]—as well as the use of modal particles,[9] final-obstruent devoicing, and a similar word order.[n 9] Dutch vocabulary is mostly Germanic; it incorporates slightly more Romance loans than German but far fewer than English.[n 10]