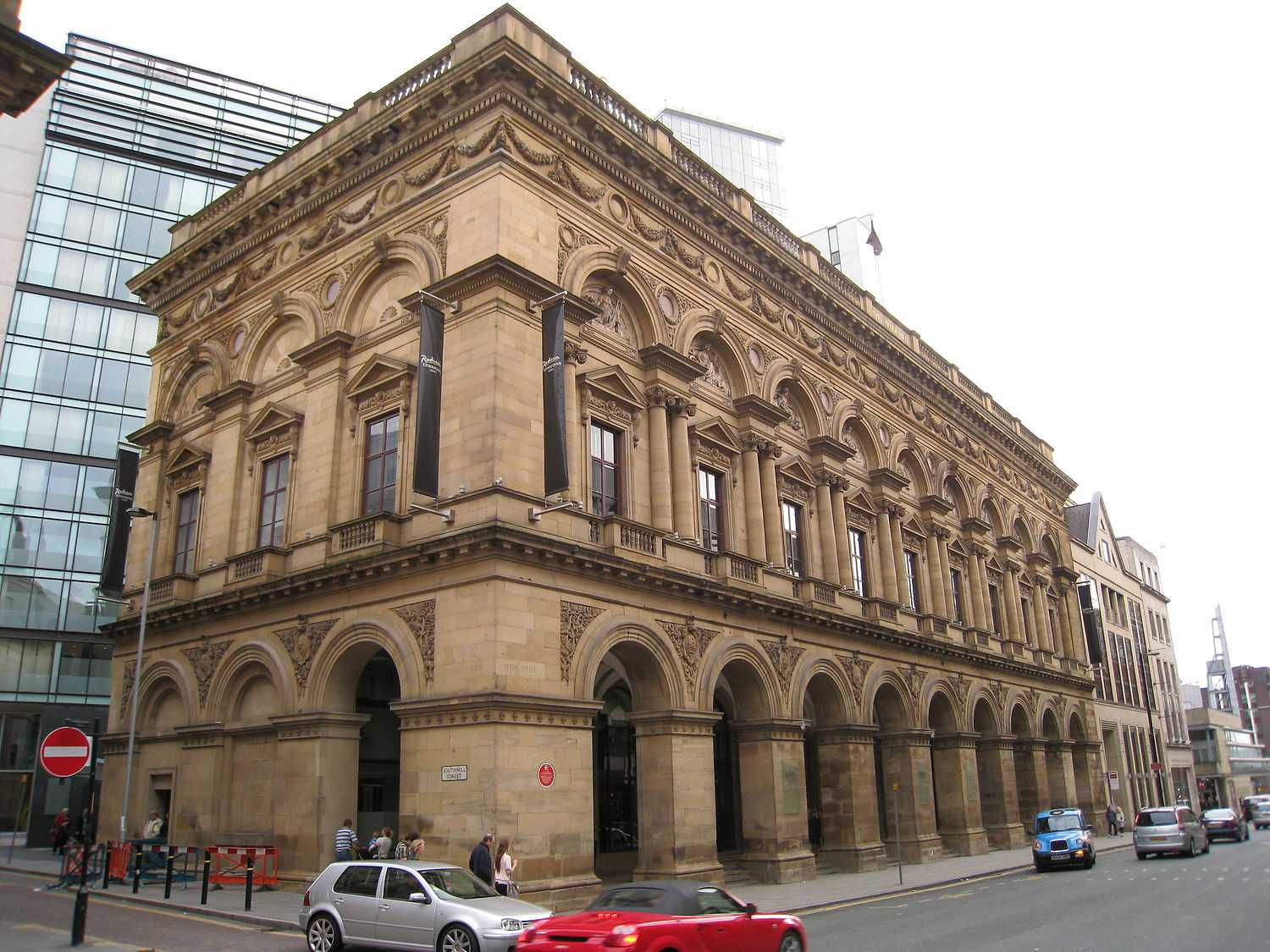 The Free Trade Hall on Peter Street, Manchester, England, was constructed in 1853–56 on St Peter's Fields, the site of the Peterloo Massacre. It is now a Radisson hotel.

The hall was built to commemorate the repeal of the Corn Laws in 1846. The architect was Edward Walters.[1] It was owned by the Manchester Corporation and was bombed in the Manchester Blitz; its interior was rebuilt and it was Manchester's premier concert venue until the construction of the Bridgewater Hall in 1996. The hall was designated a Grade II* listed building in 1963.[2]