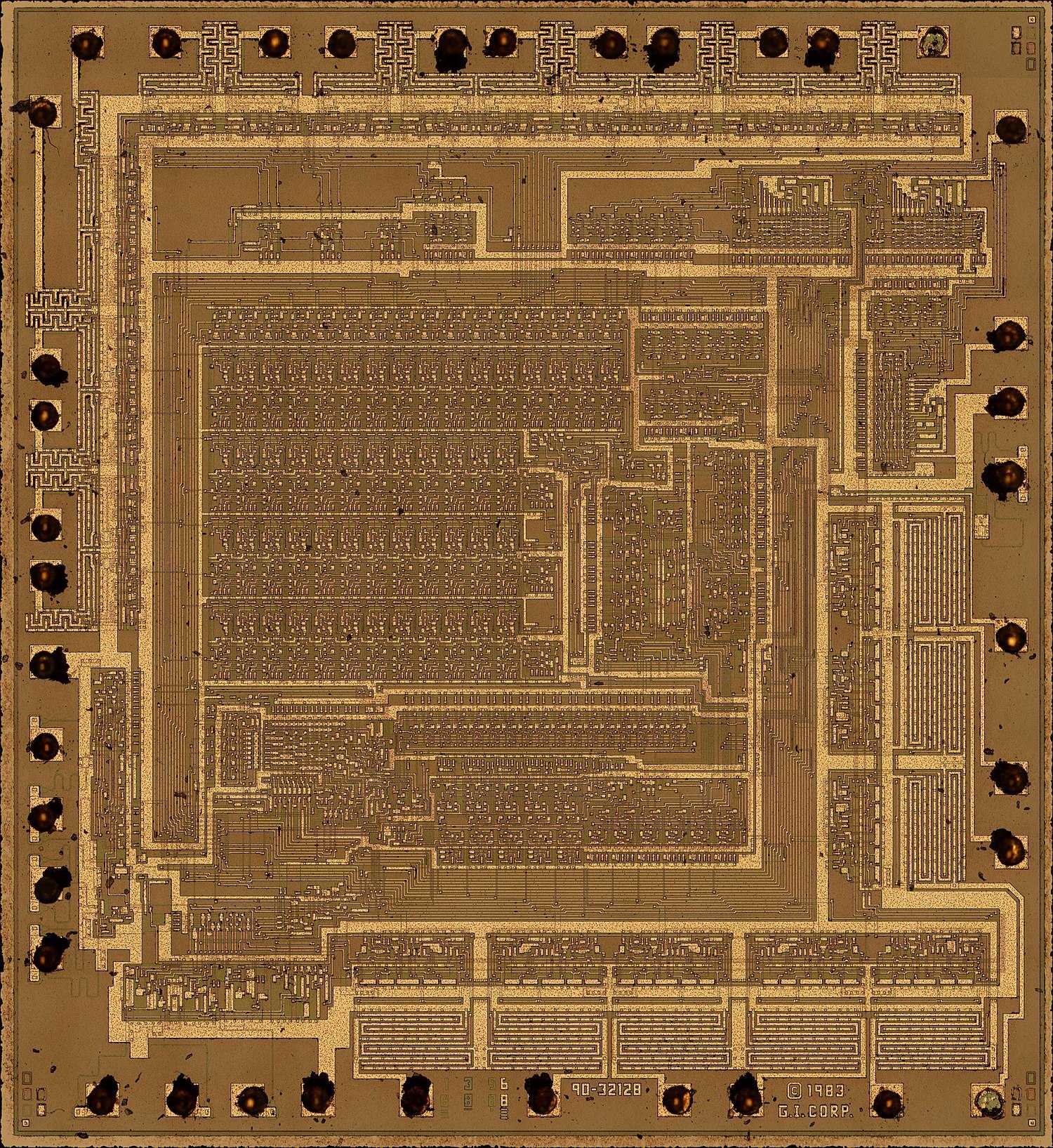 The AY-3-8910 is a 3-voice programmable sound generator (PSG) designed by General Instrument in 1978, initially for use with their 16-bit CP1610 or one of the PIC1650 series of 8-bit microcomputers. The AY-3-8910 and its variants were used in many arcade games—Konami's Gyruss contains five[1]—and pinball machines as well as being the sound chip in the Intellivision and Vectrex video game consoles, and the Amstrad CPC, Oric-1, Colour Genie, Elektor TV Games Computer, MSX, and later ZX Spectrum home computers. It was also used in the Mockingboard and Cricket sound cards for the Apple II and the Speech/Sound Cartridge[2] for the TRS-80 Color Computer.

After General Instrument's spinoff of Microchip Technology in 1987, the chip was sold for a few years under the Microchip brand. It was also manufactured under license by Yamaha (with a selectable clock divider pin and a double-resolution and double-rate volume envelope table) as the YM2149F; the Atari ST uses this version. It produces very similar results to the Texas Instruments SN76489 and was on the market for a similar period.

The chips are no longer made, but functionally-identical clones are still in active production. An unofficial VHDL description is freely available for use with FPGAs.