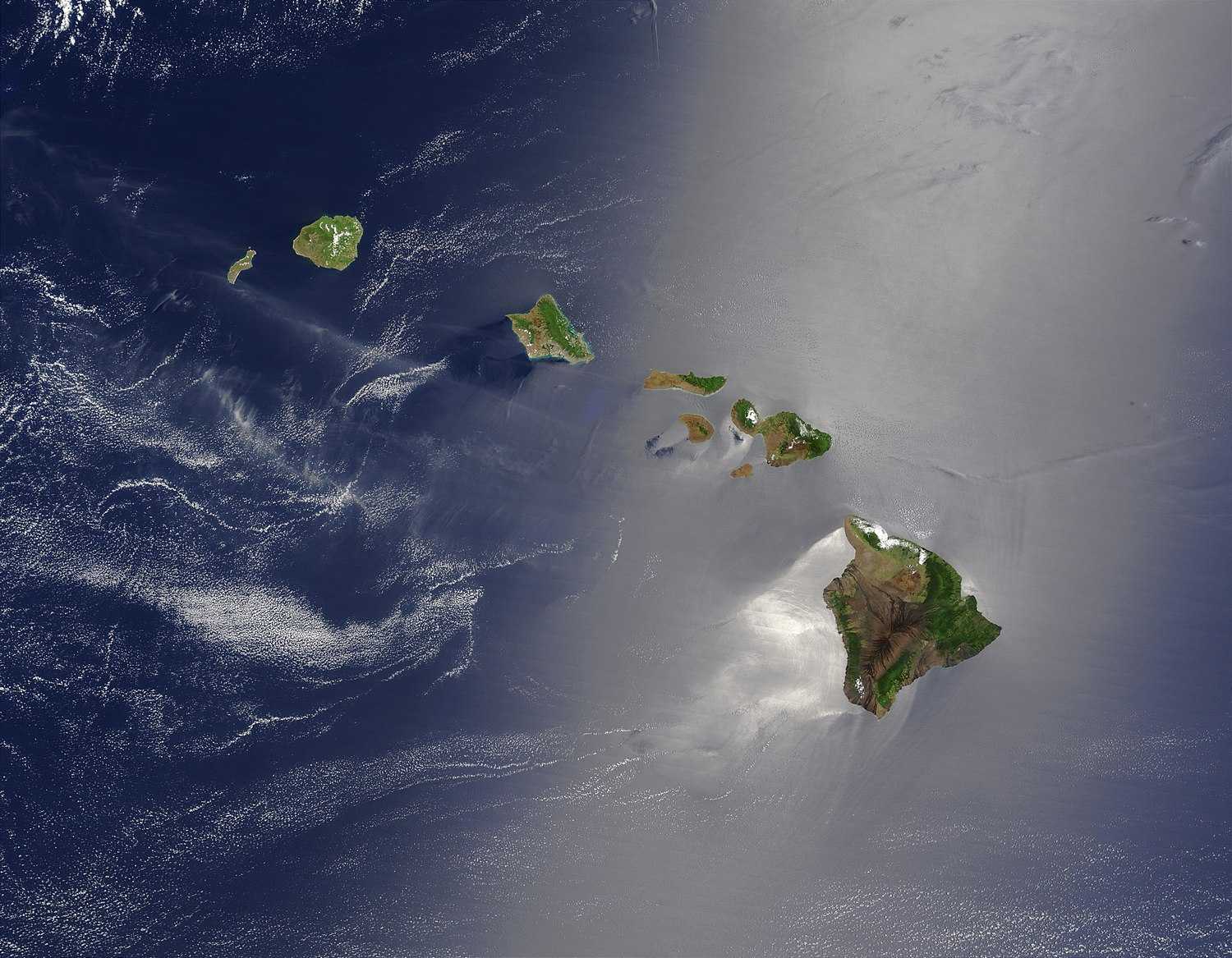 The Hawaiian Islands (Hawaiian: Mokupuni o Hawai‘i) are an archipelago of eight major islands, several atolls, and numerous smaller islets in the North Pacific Ocean, extending some 1,500 miles (2,400 kilometers) from the island of Hawaiʻi in the south to northernmost Kure Atoll. Formerly the group was known to Europeans and Americans as the Sandwich Islands, a name that James Cook chose in honor of the 4th Earl of Sandwich, the then First Lord of the Admiralty. Cook came across the islands by chance when crossing the Pacific Ocean on his Third Voyage in 1778, on board HMS Resolution; he was later killed on the islands on a return visit. The contemporary name of the islands, dating from the 1840s, is derived from the name of the largest island, Hawaiʻi Island.

Archipelago in the Pacific Ocean

Hawaii sits on the Pacific Plate and is the only U.S. state that is not geographically connected to North America. It is part of the Polynesia subregion of Oceania. The state of Hawaii occupies the archipelago almost in its entirety (including the mostly uninhabited Northwestern Hawaiian Islands), with the sole exception of Midway Island, which also belongs to the United States, as one of its unincorporated territories within the United States Minor Outlying Islands.

The Hawaiian Islands are the exposed peaks of a great undersea mountain range known as the Hawaiian–Emperor seamount chain, formed by volcanic activity over a hotspot in the Earth's mantle. The islands are about 1,860 miles (3,000 km) from the nearest continent.