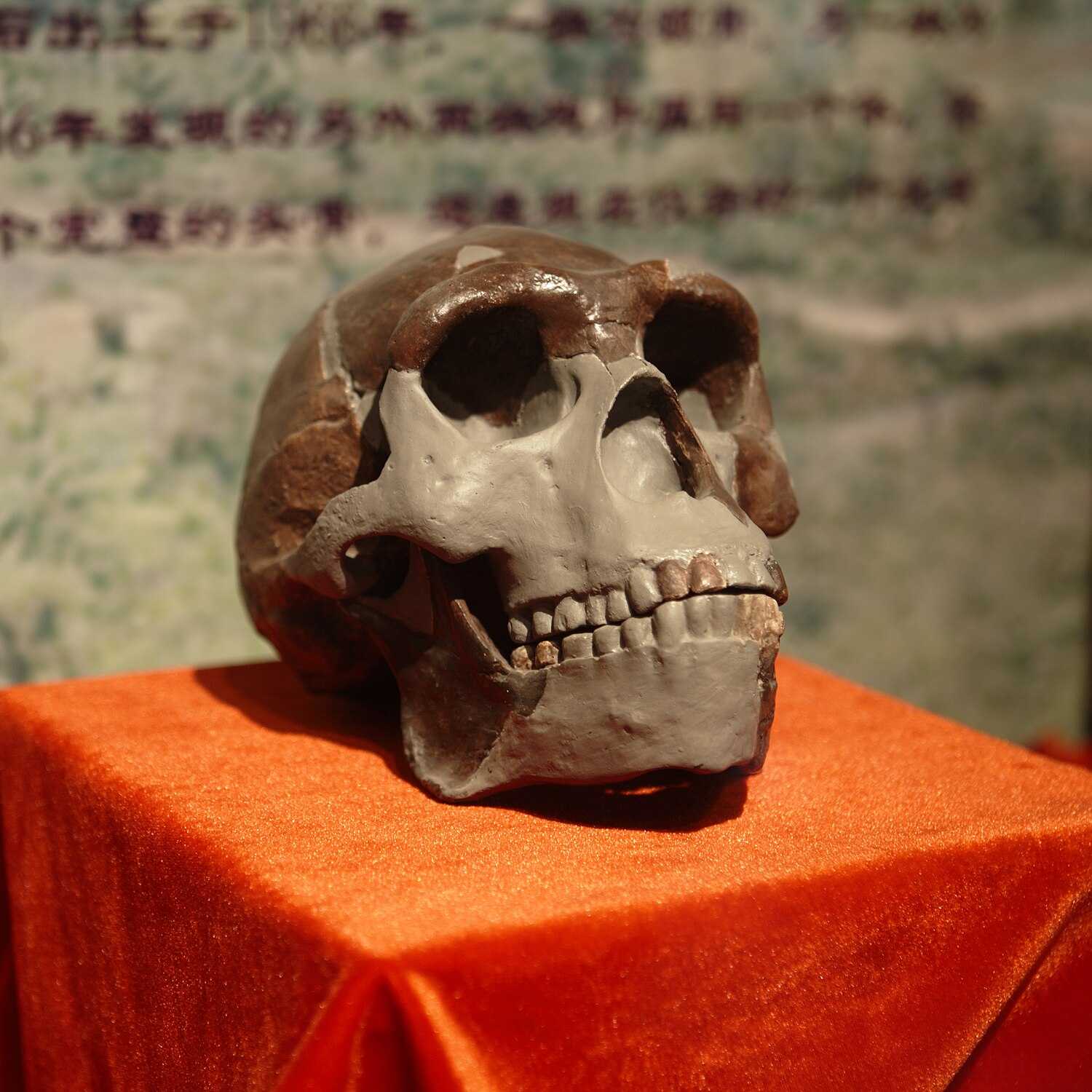 Homo erectus (/ˌhoʊmoʊ əˈrɛktəs/; meaning "upright man") is an extinct species of archaic human from the Pleistocene, with its earliest occurrence about 2 million years ago.[2] Several human species, such as H. heidelbergensis and H. antecessor — with the former generally considered to have been the ancestor to Neanderthals, Denisovans, and modern humans — appear to have evolved from H. erectus.[3] Its specimens are among the first recognizable members of the genus Homo. H. erectus was the first human ancestor to spread throughout Eurasia, with a continental range extending from the Iberian Peninsula to Java. Asian populations of H. erectus may be ancestral to H. floresiensis[4] and possibly to H. luzonensis.[5] The last known population of H. erectus is H. e. soloensis from Java, around 117,000–108,000 years ago.[1]

H. erectus had a more modern gait and body proportions, and was the first human species to have exhibited a flat face, prominent nose, and possibly sparse body hair coverage. Though brain size certainly exceeds that of ancestor species, capacity varied widely depending on the population. In earlier populations, brain development seems to cease early in childhood, suggesting that offspring were largely self-sufficient at birth, thus limiting cognitive development through life. H. erectus was an apex predator;[6] sites generally show consumption of medium to large animals, such as bovines or elephants, and suggest the development of predatory behaviour and coordinated hunting. H. erectus is associated with the Acheulean stone tool industry, and is postulated to have been the earliest human ancestor capable of using fire,[7] hunting and gathering in coordinated groups, caring for injured or sick group members, and possibly seafaring and art (though examples of art are controversial, and are otherwise rudimentary and few and far between).

H. erectus males and females may have been roughly the same size as each other (i.e. exhibited reduced sexual dimorphism), which could indicate monogamy in line with general trends exhibited in primates. Size, nonetheless, ranged widely from 146–185 cm (4 ft 9 in – 6 ft 1 in) in height and 40–68 kg (88–150 lb) in weight. It is unclear if H. erectus was anatomically capable of speech, though it is postulated they communicated using some proto-language.