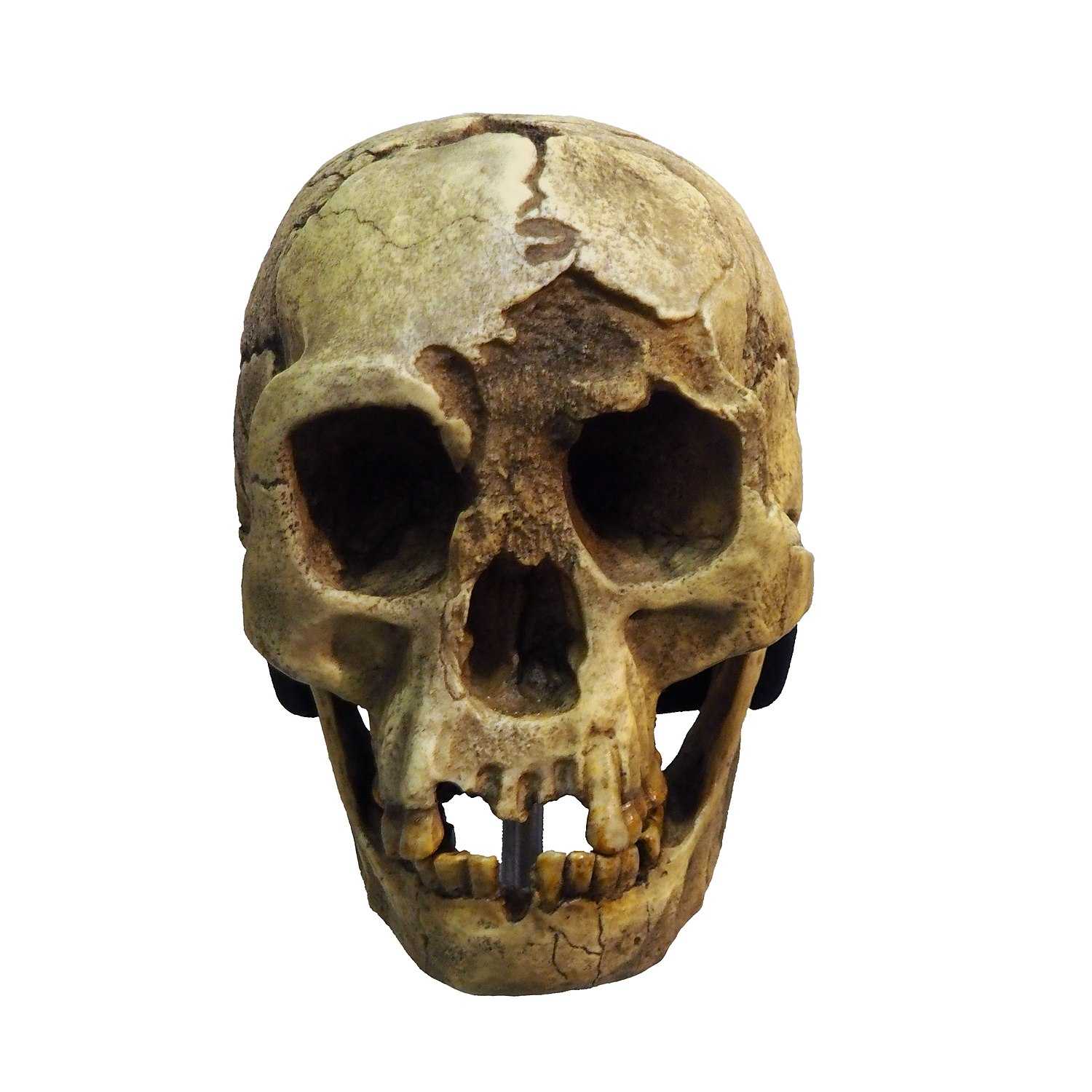 Homo floresiensis ( /flɔːrˈsiːɛn.sɪs/ also known as "Flores Man"; nicknamed "Hobbit"[2]) is an extinct species of small archaic human that inhabited the island of Flores, Indonesia, until the arrival of modern humans about 50,000 years ago.

The remains of an individual who would have stood about 1.1 m (3 ft 7 in) in height were discovered in 2003 at Liang Bua on the island of Flores in Indonesia. Partial skeletons of at least nine individuals have been recovered, including one complete skull, referred to as "LB1".[3][4] These remains have been the subject of intense research to determine whether they were diseased modern humans or a separate species; a 2017 study concludes by phylogenetic analysis that H. floresiensis is an early species of Homo, a sister species of Homo habilis.[5]

This hominin was at first considered remarkable for its survival until relatively recent times, initially thought to be only 12,000 years ago.[6] However, more extensive stratigraphic and chronological work has pushed the dating of the most recent evidence of its existence back to 50,000 years ago.[7][8][9] The Homo floresiensis skeletal material is now dated from 60,000 to 100,000 years ago; stone tools recovered alongside the skeletal remains were from archaeological horizons ranging from 50,000 to 190,000 years ago.[1]