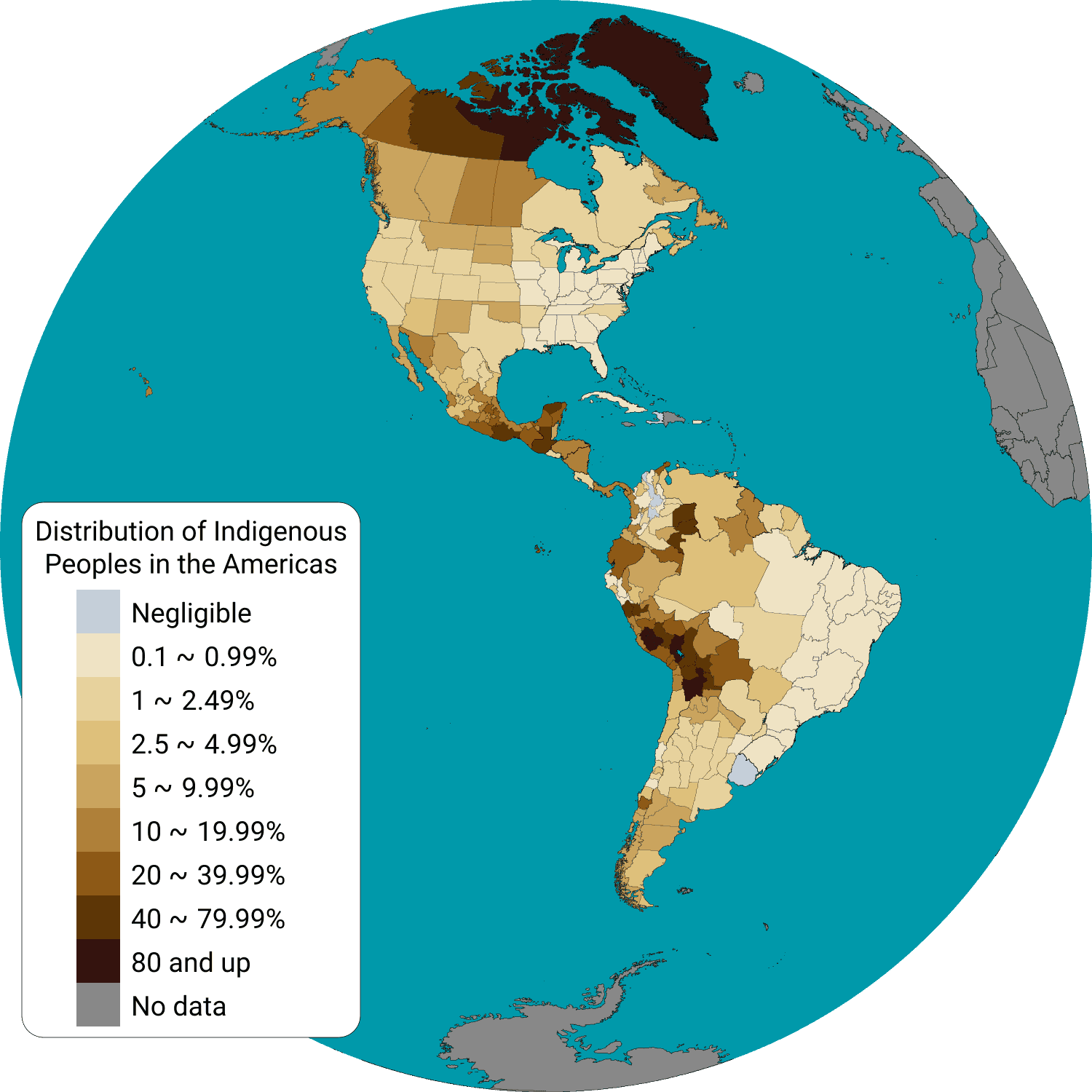 The Indigenous peoples of the Americas are the inhabitants of the Americas before the arrival of the European settlers in the 15th century, and the ethnic groups who now identify themselves with those peoples.

Many Indigenous peoples of the Americas were traditionally hunter-gatherers and many, especially in the Amazon basin, still are, but many groups practiced aquaculture and agriculture.[32] While some societies depended heavily on agriculture, others practiced a mix of farming, hunting, and gathering. In some regions, the Indigenous peoples created monumental architecture, large-scale organized cities, city-states, chiefdoms, states, kingdoms, republics,[33] confederacies, and empires. Some had varying degrees of knowledge of engineering, architecture, mathematics, astronomy, writing, physics, medicine, planting and irrigation, geology, mining, metallurgy, sculpture, and gold smithing.

Many parts of the Americas are still populated by Indigenous peoples; some countries have sizeable populations, especially Bolivia, Canada, Chile, Ecuador, Guatemala, Mexico, Peru, and the United States. At least a thousand different Indigenous languages are spoken in the Americas. Some, such as Quechua, Arawak, Aymara, Guaraní, Mayan, and Nahuatl, count their speakers in the millions. Many also maintain aspects of Indigenous cultural practices to varying degrees, including religion, social organization, and subsistence practices. Like most cultures, over time, cultures specific to many Indigenous peoples have evolved to incorporate traditional aspects but also cater to modern needs. Some Indigenous peoples still live in relative isolation from Western culture and a few are still counted as uncontacted peoples.