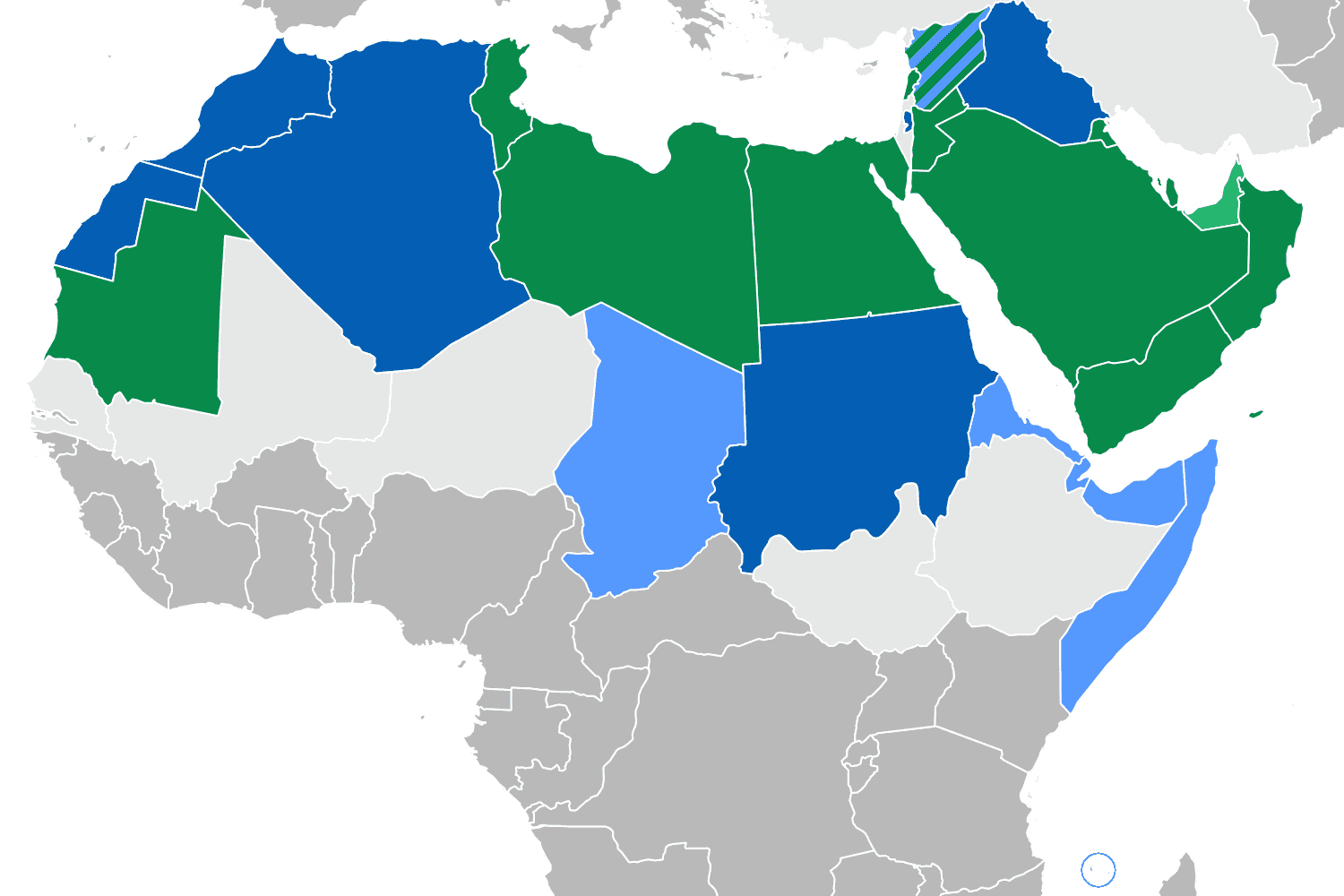 Arabic and its different dialects are spoken by around 422 million speakers (native and non-native) in the Arab world as well as in the Arab diaspora making it one of the five most spoken languages in the world. Currently, 22 countries are member states of the Arab League (as well as 5 countries were granted an observer status) which was founded in Cairo in 1945. Arabic is a language cluster comprising 30 or so modern varieties.[1]

Arabic is the lingua franca of people who live in countries of the Arab world as well as of Arabs who live in the diaspora, particularly in Latin America (especially Brazil, Argentina, Venezuela, Chile and Colombia) or Western Europe (like France, Spain, Germany or Italy).

Cypriot Arabic is a recognized minority language in the EU member state of Cyprus and, along with Maltese, is one of only two extant European varieties of Arabic, though it has its own standard literary form and has no diglossic relationship with Standard Arabic.[2] Maltese is one of the official languages of the EU.