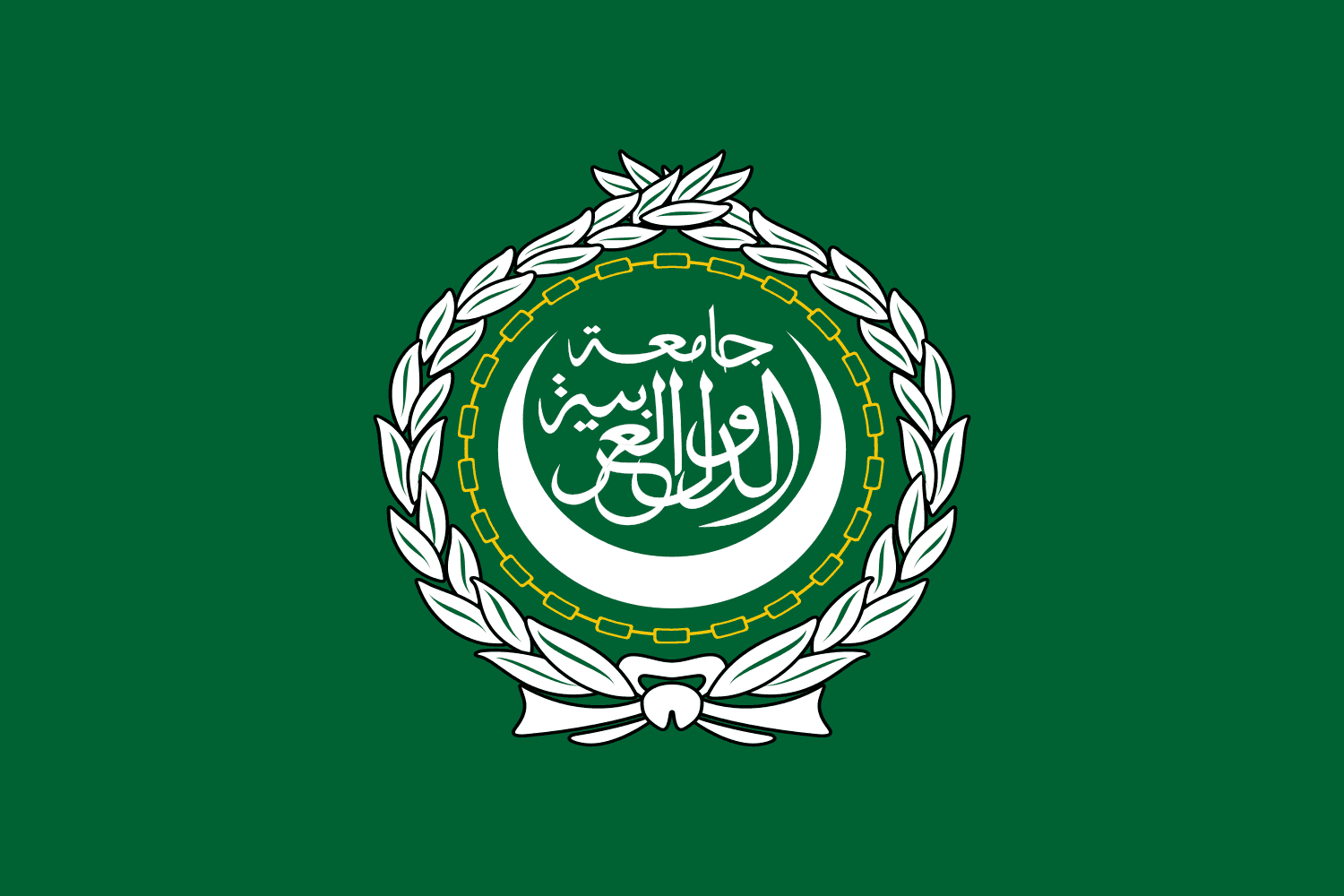 listen)), formally the League of Arab States (Arabic: جامعة الدول العربية, Jāmiʿat ad-Duwal al-ʿArabiyya), is a regional organization in the Arab world, which is located in Northern Africa, Western Africa, Eastern Africa, and Western Asia. The Arab League was formed in Cairo on 22 March 1945, initially with six members: Egypt, Iraq, Transjordan (renamed Jordan in 1949), Lebanon, Saudi Arabia, and Syria.[4] Yemen joined as a member on 5 May 1945. Currently, the League has 22 members, but Syria's participation has been suspended since November 2011.[5]

The League's main goal is to "draw closer the relations between member states and co-ordinate collaboration between them, to safeguard their independence and sovereignty, and to consider in a general way the affairs and interests of the Arab countries".[6] The organization has received a relatively low level of cooperation throughout its history.[7]

Through institutions, notably the Arab League Educational, Cultural and Scientific Organization (ALECSO) and the Economic and Social Council of its Council of Arab Economic Unity (CAEU), the League facilitates political, economic, cultural, scientific, and social programmes designed to promote the interests of the Arab world.[8][9] It has served as a forum for the member states to coordinate policy, arrange studies of and committees as to matters of common concern, settle inter-state disputes and limit conflicts such as the 1958 Lebanon crisis. The League has served as a platform for the drafting and conclusion of many landmark documents promoting economic integration. One example is the Joint Arab Economic Action Charter, which outlines the principles for economic activities in the region.

Each member state has one vote in the Council of the Arab League, and decisions are binding only for those states that have voted for them. The aims of the league in 1945 were to strengthen and coordinate the political, cultural, economic and social programs of its members and to mediate disputes among them or between them and third parties. Furthermore, the signing of an agreement on Joint Defence and Economic Cooperation on 13 April 1950 committed the signatories to coordination of military defence measures. In March 2015, the Arab League General Secretary announced the establishment of a Joint Arab Force with the aim of counteracting extremism and other threats to the Arab States. The decision was reached while Operation Decisive Storm was intensifying in Yemen. Participation in the project is voluntary, and the army intervenes only at the request of one of the member states. Heightened military arsenal in many member states and, in a small minority, civil wars as well as terrorist movements were the impetuts for the JAF, financed by the rich Gulf countries.[10]

In the early 1970s, the Economic Council put forward a proposal to create the Joint Arab Chambers of Commerce across European states. That led, under its decree K1175/D52/G to the setting up of the Arab British Chamber of Commerce, mandated to promote, encourage and facilitate bilateral trade between the Arab world and significant trading partner, the United Kingdom.