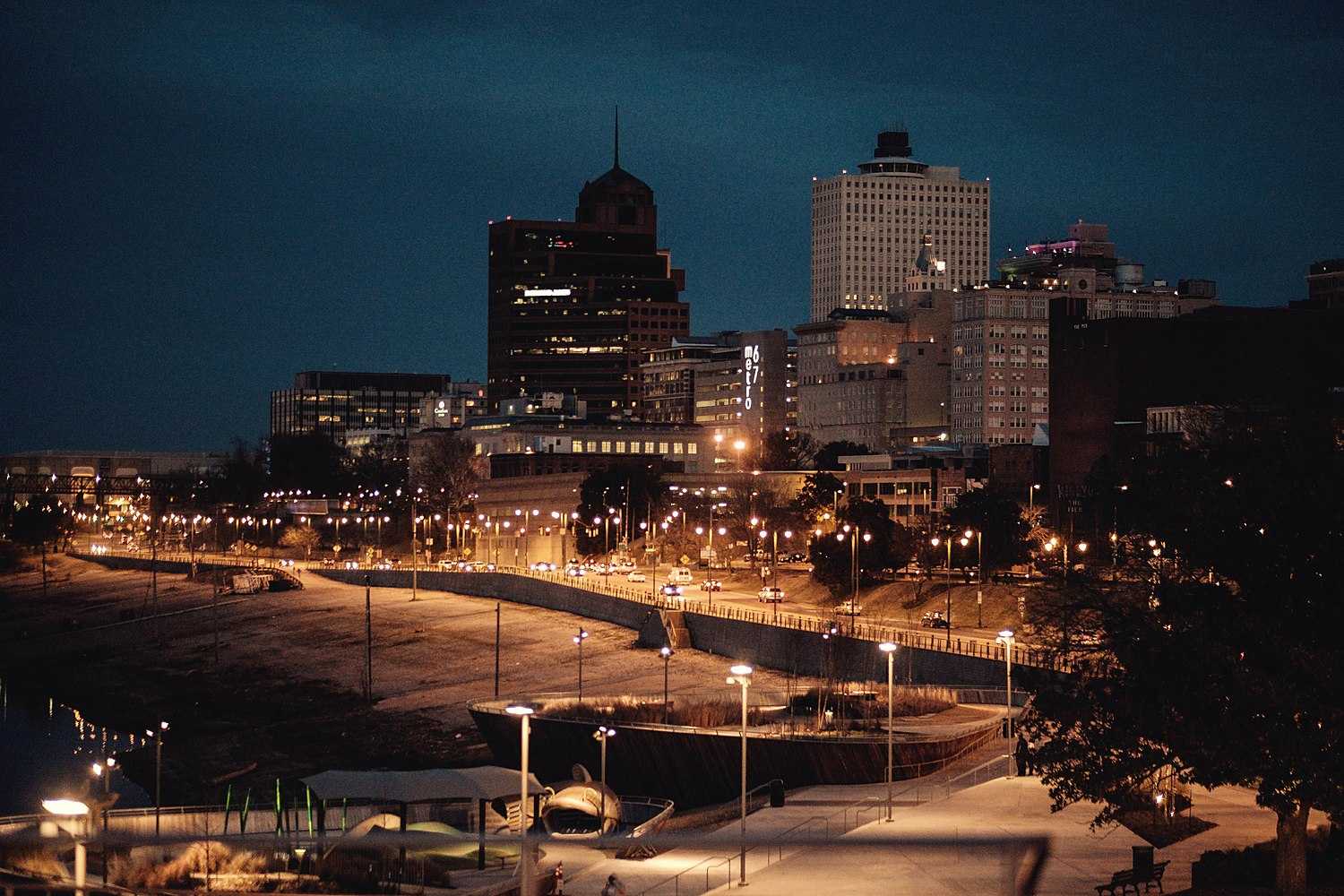 Memphis is a city in the U.S. state of Tennessee. It is the seat of Shelby County in the southwest part of the state; it is situated along the Mississippi River. With a population of 633,104 at the 2020 U.S. census,[6] Memphis is the second-most populous city in Tennessee, after Nashville.

Memphis is the fifth-most populous city in the Southeast, the nation's 28th-largest overall, as well as the largest city bordering the Mississippi River. The Memphis metropolitan area includes West Tennessee and the greater Mid-South region, which includes portions of neighboring Arkansas, Mississippi and the Missouri Bootheel. One of the more historic and culturally significant cities of the Southern United States, Memphis has a wide variety of landscapes and distinct neighborhoods.

The first European explorer to visit the area of present-day Memphis was Spanish conquistador Hernando de Soto in 1541. The high Chickasaw Bluffs protecting the location from the waters of the Mississippi was contested by Spanish, French, and English colonizers as Memphis developed. By 1819, when modern Memphis was founded, it was part of United States territory. John Overton, James Winchester, and Andrew Jackson founded the city.[7] Based on the wealth of cotton plantations and river traffic along the Mississippi, Memphis grew into one of the largest cities of the Antebellum South. After the American Civil War and the end of slavery, the city continued to grow into the 20th century. It became among the largest world markets for cotton and lumber.[8]

Home to Tennessee's largest African-American population, Memphis played a prominent role in the American Civil Rights Movement. Leader Martin Luther King Jr. was assassinated there in 1968 after activities supporting a strike by the city's maintenance workers. The National Civil Rights Museum was established there and is a Smithsonian affiliate institution.

Since the civil rights era, Memphis has become one of the nation's leading commercial centers in transportation and logistics.[9] The largest employer is FedEx, which maintains its global air hub at Memphis International Airport. Since the collapse of the USSR in 1991, it has now superseded Anchorage as the busiest cargo airport in the world. The International Port of Memphis also hosts the fifth-busiest inland water port in the U.S.[10] The Globalization and World Cities Research Network considers Memphis a "Sufficiency" level global city as of 2020.[11]

Memphis is a center for media and entertainment, notably a historic music scene.[12] With blues clubs on Beale Street originating the unique Memphis blues sound, the city has been nicknamed the "Home of the Blues". Its music has continued to be shaped by a multicultural mix of influences: country, rock and roll, soul, and hip-hop.

The city is home to a major professional sports team, the Grizzlies of the NBA. Other attractions include Graceland, the Memphis Pyramid, Sun Studio, the Blues Hall of Fame and Stax Museum of American Soul Music. Memphis-style barbecue has achieved international prominence, and the city hosts the annual World Championship Barbecue Cooking Contest, which attracts more than 100,000 visitors each year. Higher-level educational institutions include the University of Memphis and Rhodes College.