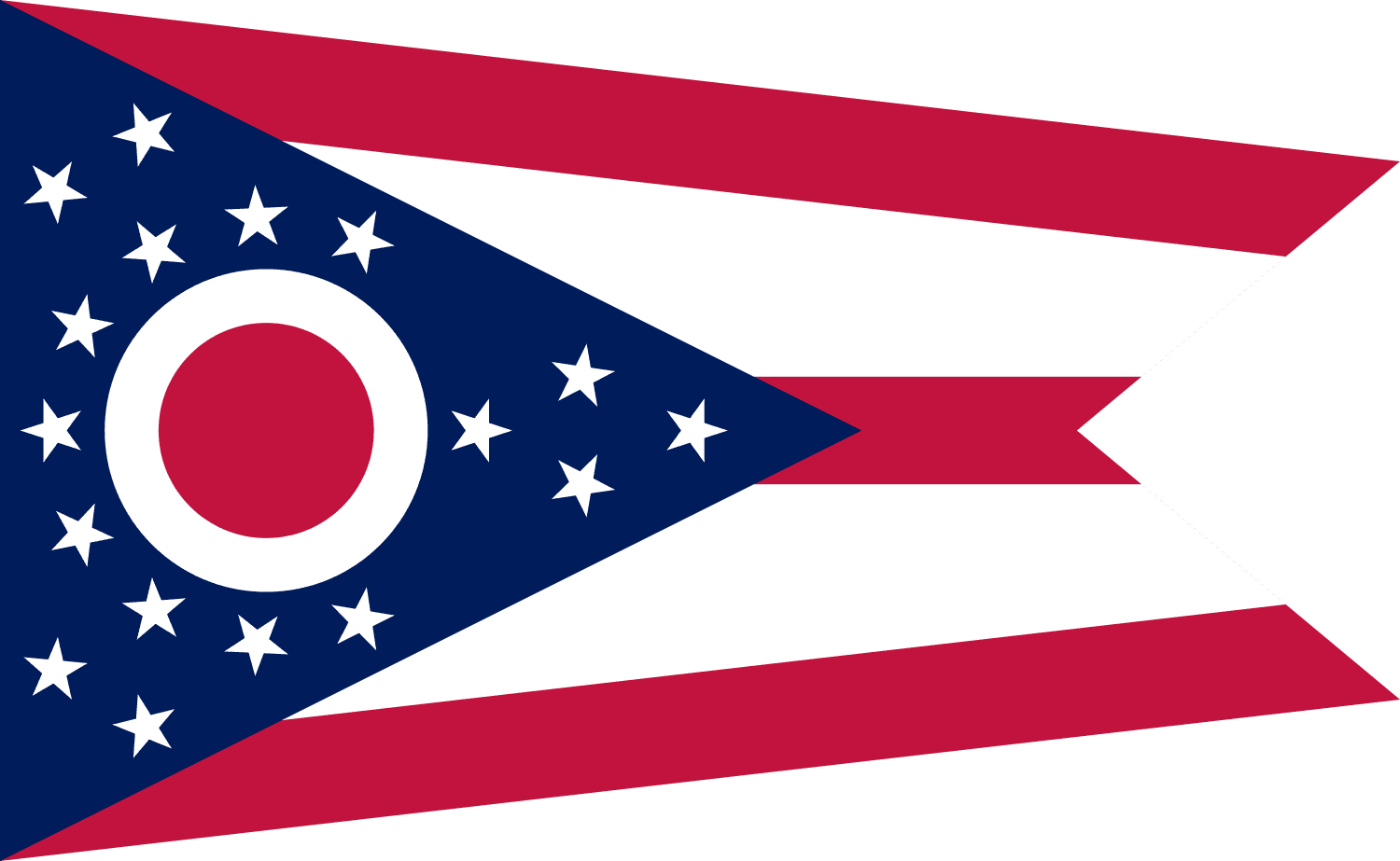 listen)) is a state in the Midwestern region of the United States. Of the fifty U.S. states, it is the 34th-largest by area, and with a population of nearly 11.8 million, is the seventh-most populous and tenth-most densely populated. The state's capital and largest city is Columbus, with the Columbus metro area, Greater Cincinnati, and Greater Cleveland being the largest metropolitan areas. Ohio is bordered by Lake Erie to the north, Pennsylvania to the east, West Virginia to the southeast, Kentucky to the southwest, Indiana to the west, and Michigan to the northwest. Ohio is historically known as the "Buckeye State" after its Ohio buckeye trees, and Ohioans are also known as "Buckeyes".[13] Its state flag is the only non-rectangular flag of all the U.S. states.

Ohio takes its name from the Ohio River, which in turn originated from the Seneca word ohiːyo', meaning "good river", "great river", or "large creek".[16][17] The state arose from the lands west of the Appalachian Mountains that were contested from colonial times through the Northwest Indian Wars of the late 18th century. It was partitioned from the resulting Northwest Territory, which was the first frontier of the new United States, becoming the 17th state admitted to the Union on March 1, 1803, and the first under the Northwest Ordinance.[4][18] Ohio was the first post-colonial free state admitted to the union and became one of the earliest and most influential industrial powerhouses during the 20th century. Although it has transitioned to a more information- and service-based economy in the 21st century, it remains an industrial state, ranking seventh in GDP as of 2019,[19] with the third largest manufacturing sector and second largest automobile production.[20]

The government of Ohio is composed of the executive branch, led by the governor; the legislative branch, consisting of the bicameral Ohio General Assembly; and the judicial branch, led by the state Supreme Court. Ohio occupies 16 seats in the United States House of Representatives.[21] The state is known for its status as both a swing state and a bellwether in national elections.[22] Seven presidents of the United States have come from Ohio. This has led to it receiving the moniker "the Mother of Presidents".[23]