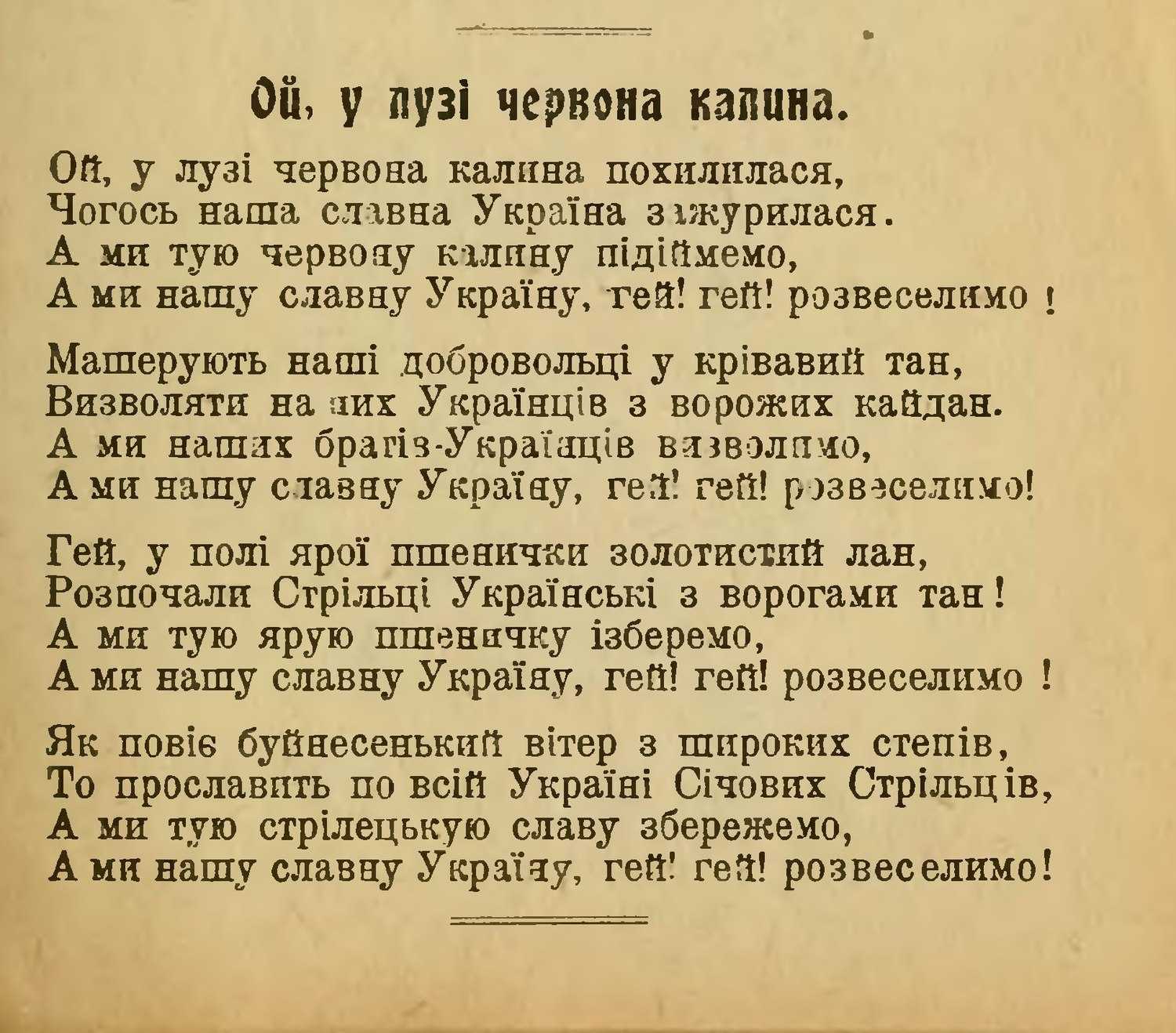 Oh, the Red Viburnum in the Meadow (Ukrainian: Ой у лузі червона калина - Oi u luzi chervona kalyna) is a Ukrainian patriotic march first published in 1875 by Volodymyr Antonovych and Mykhailo Drahomanov.[2][3][4] Written in a modern treatment by the composer Stepan Charnetsky in 1914, in honor and memory of the Sich Riflemen of the First World War, it was later adopted by the Ukrainian People's Army of the Ukrainian War of Independence. This song is known to have many versions and covers.

The red viburnum of the song (kalyna in Ukrainian)—a deciduous shrub that grows four to five metres tall—is referenced throughout Ukrainian folklore.[1] The red viburnum has a special national appeal and silhouette of it depicted along the edges of the flag of the President of Ukraine.

Following the 2014 annexation by Russia of the Ukrainian Crimean peninsula, and then the 2022 Russian invasion of Ukraine, singing "nationalist anthems" such as Chervona Kalyna in Crimea became punishable by fines and imprisonment.