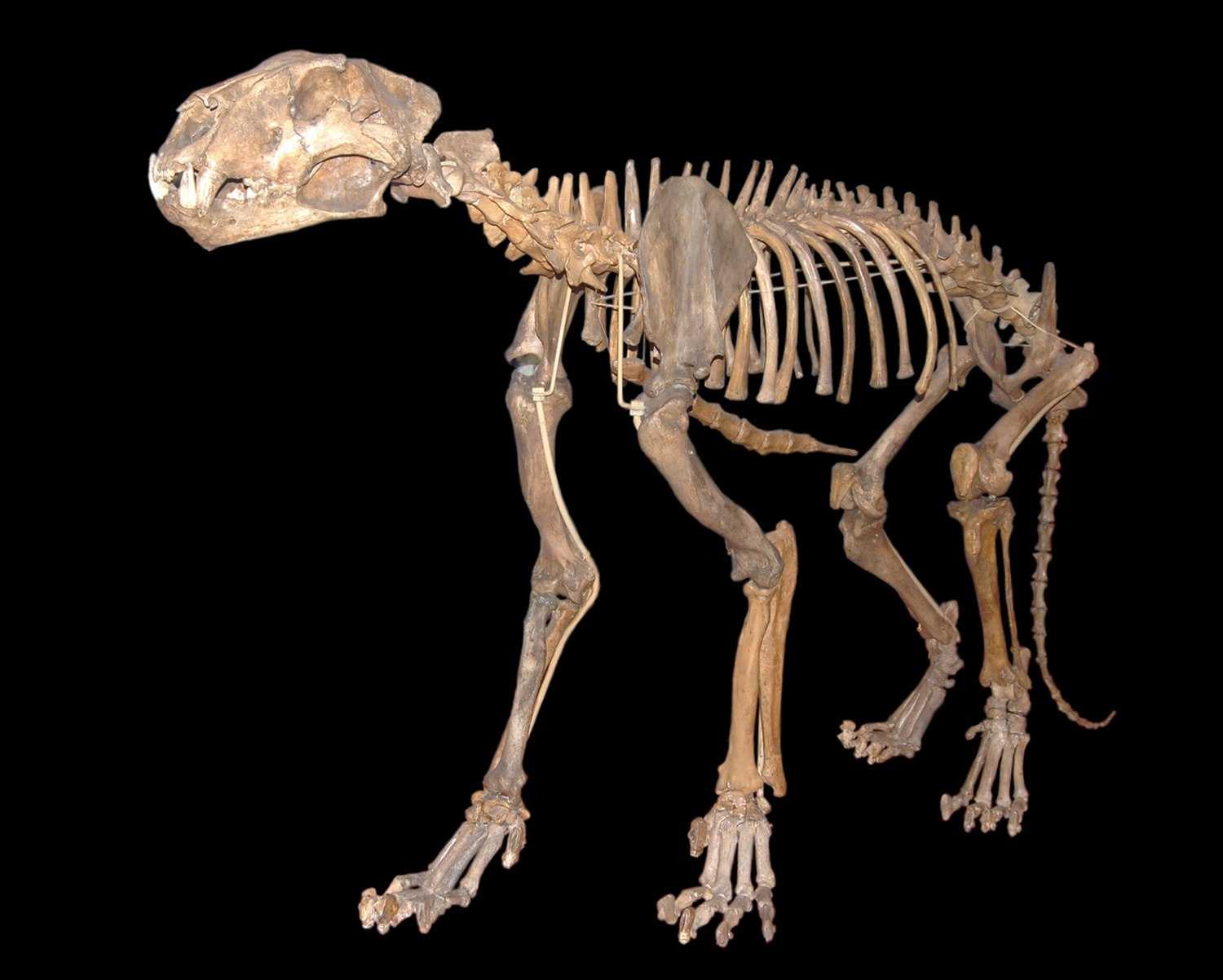 Panthera spelaea, also known as the Eurasian cave lion, European cave lion or steppe lion,[1] is an extinct Panthera species that most likely evolved in Europe after the third Cromerian interglacial stage, less than 600,000 years ago. Phylogenetic analysis of fossil bone samples revealed that it was highly distinct and genetically isolated from the modern lion (Panthera leo) occurring in Africa and Asia.[2]

Analysis of morphological differences and mitochondrial data support the taxonomic recognition of Panthera spelaea as a distinct species that genetically diverged from the lion about 1.9 million years ago.[3][4] Nuclear genomic evidence shows a more recent split approximately 500,000 years ago, with no subsequent interbreeding with the ancestors of the modern lion.[5] The oldest known bone fragments were excavated in Yakutia and radiocarbon dated at least 62,400 years old. It became extinct about 13,000 years ago.[6]