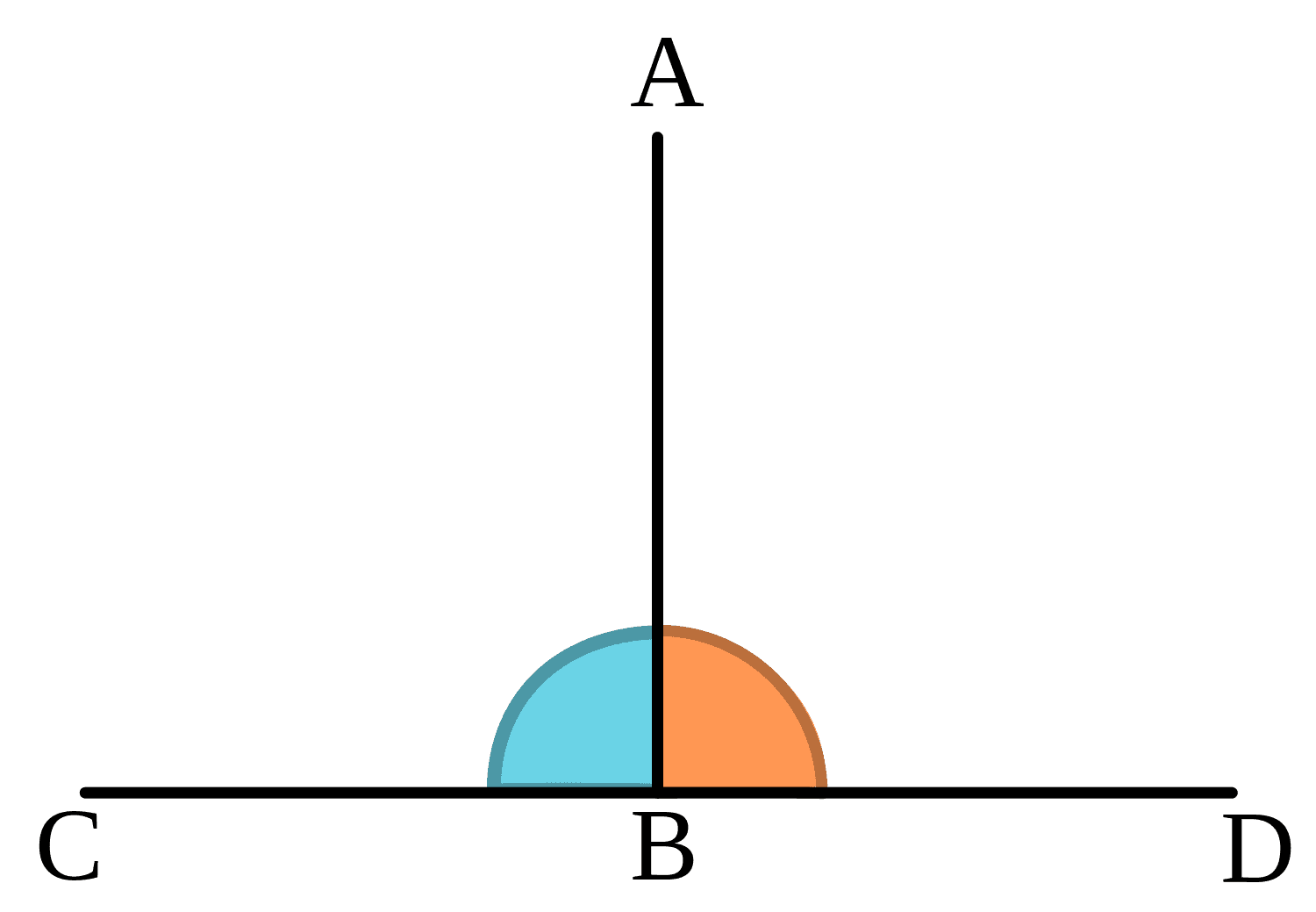 In elementary geometry, two geometric objects are perpendicular if they intersect at a right angle (90 degrees or π/2 radians). The condition of perpendicularity may be represented graphically using the perpendicular symbol, ⟂. It can be defined between two lines (or two line segments), between a line and a plane, and between two planes.