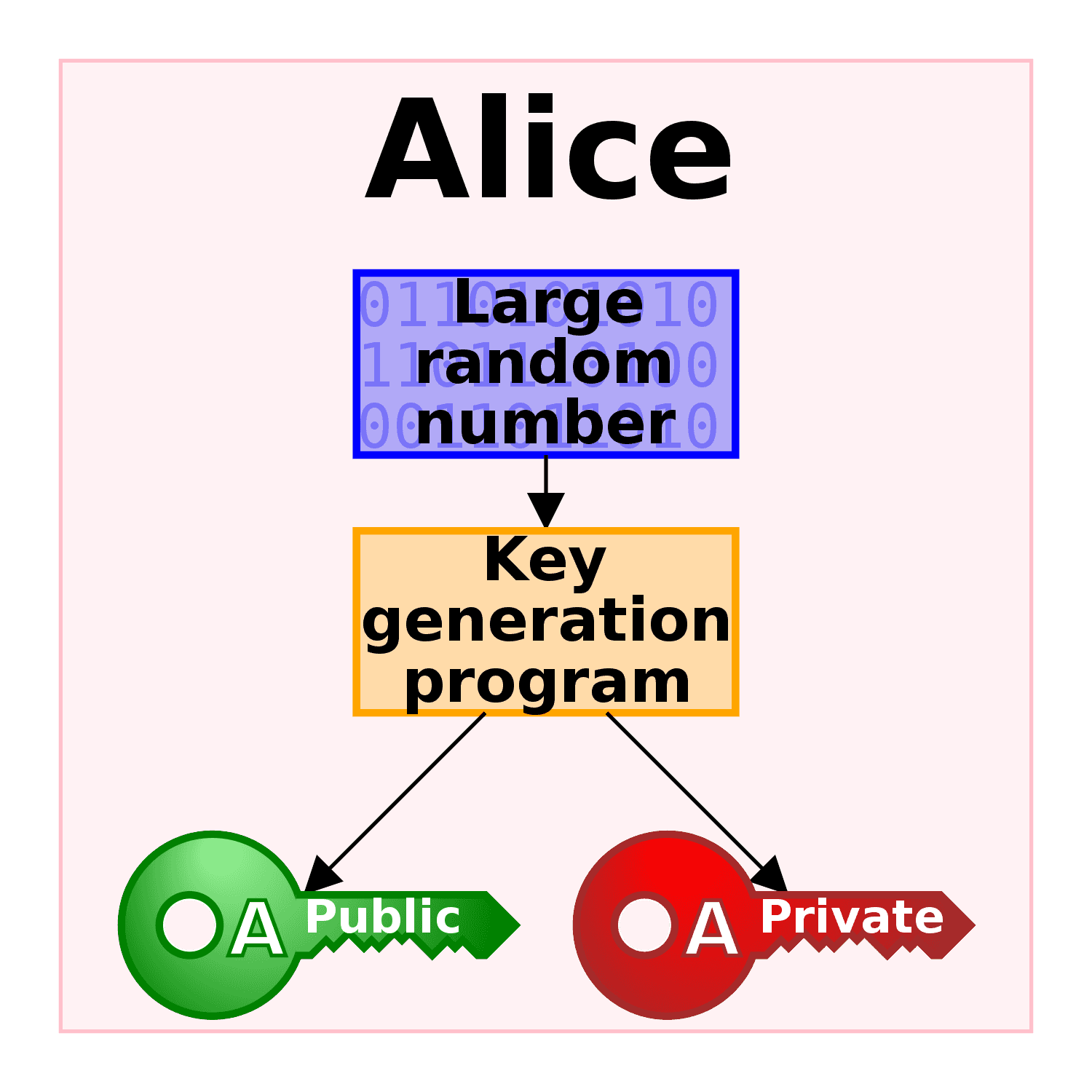 In a public-key encryption system, anyone with a public key can encrypt a message, yielding a ciphertext, but only those who know the corresponding private key can decrypt the ciphertext to obtain the original message.[4]

For example, a journalist can publish the public key of an encryption key pair on a web site so that sources can send secret messages to the news organization in ciphertext. Only the journalist who knows the corresponding private key can decrypt the ciphertexts to obtain the sources' messages—an eavesdropper reading email on its way to the journalist can't decrypt the ciphertexts. However, public-key encryption doesn't conceal metadata like what computer a source used to send a message, when they sent it, or how long it is. Public-key encryption on its own also doesn't tell the recipient anything about who sent a message—it just conceals the content of a message in a ciphertext that can only be decrypted with the private key.

In a digital signature system, a sender can use a private key together with a message to create a signature. Anyone with the corresponding public key can verify whether the signature matches the message, but a forger who doesn't know the private key can't find any message/signature pair that will pass verification with the public key.[5][6]

For example, a software publisher can create a signature key pair and include the public key in software installed on computers. Later, the publisher can distribute an update to the software signed using the private key, and any computer receiving an update can confirm it is genuine by verifying the signature using the public key. As long as the software publisher keeps the private key secret, even if a forger can distribute malicious updates to computers, they can't convince the computers that any malicious updates are genuine.