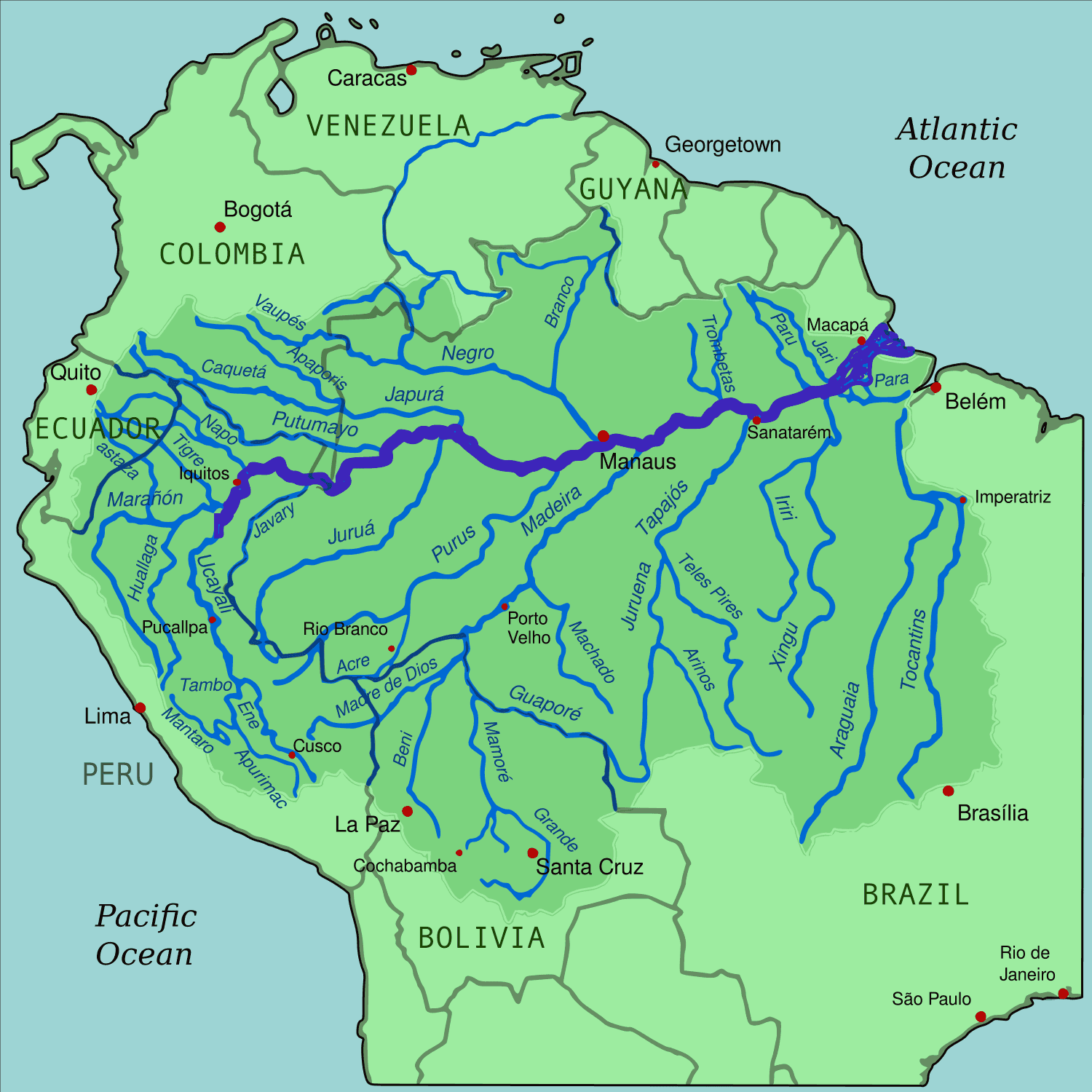 A river is a natural flowing watercourse, usually freshwater stream, flowing on the surface or inside underground caves towards another waterbody at a lower elevation, such as an ocean, sea, bay, lake, wetland or another river. In some cases, a river flows into the ground or becomes dry at the end of its course without reaching another body of water. Small rivers can be referred to using names such as creek, brook, rivulet and rill. There are no official definitions for the generic term river as applied to geographic features,[1] although in some countries or communities a stream is defined by its size. Many names for small rivers are specific to geographic location; examples are "run" in some parts of the United States, "burn" in Scotland and Northeast England, and "beck" in Northern England. Sometimes a river is defined as being larger than a creek,[2] but not always: the language is vague.[1]

Rivers are an important part of the water cycle. Water from a drainage basin generally collects into a river through surface runoff from precipitation, meltwater released from natural ice and snowpacks, and other underground sources such as groundwater recharge and springs. Rivers are often considered major features within a landscape; however, they actually only cover around 0.1% of the land on Earth.

Rivers are significant to mankind since many human settlements and civilizations are built around sizeable rivers and streams.[3] Most of the major cities of the world are situated on the banks of rivers, as they are (or were) depended upon as a vital source of drinking water, for food supply via fishing and agricultural irrigation, for shipping, as natural borders and/or defensive terrains, as a source of hydropower to drive machinery or generate electricity, for bathing, and as a means of disposing of waste. In the pre-industrial era, larger rivers were a major obstacle to movement of people, goods, and armies across regions. Towns often developed at the few locations suitable for fording, to build bridges or to support ports, and many major cities such as London are located at the narrowest and most reliable site at which a river could be crossed via bridges or ferries.[4]

In Earth science disciplines, potamology is the scientific study of rivers, while limnology is the study of inland waters in general.