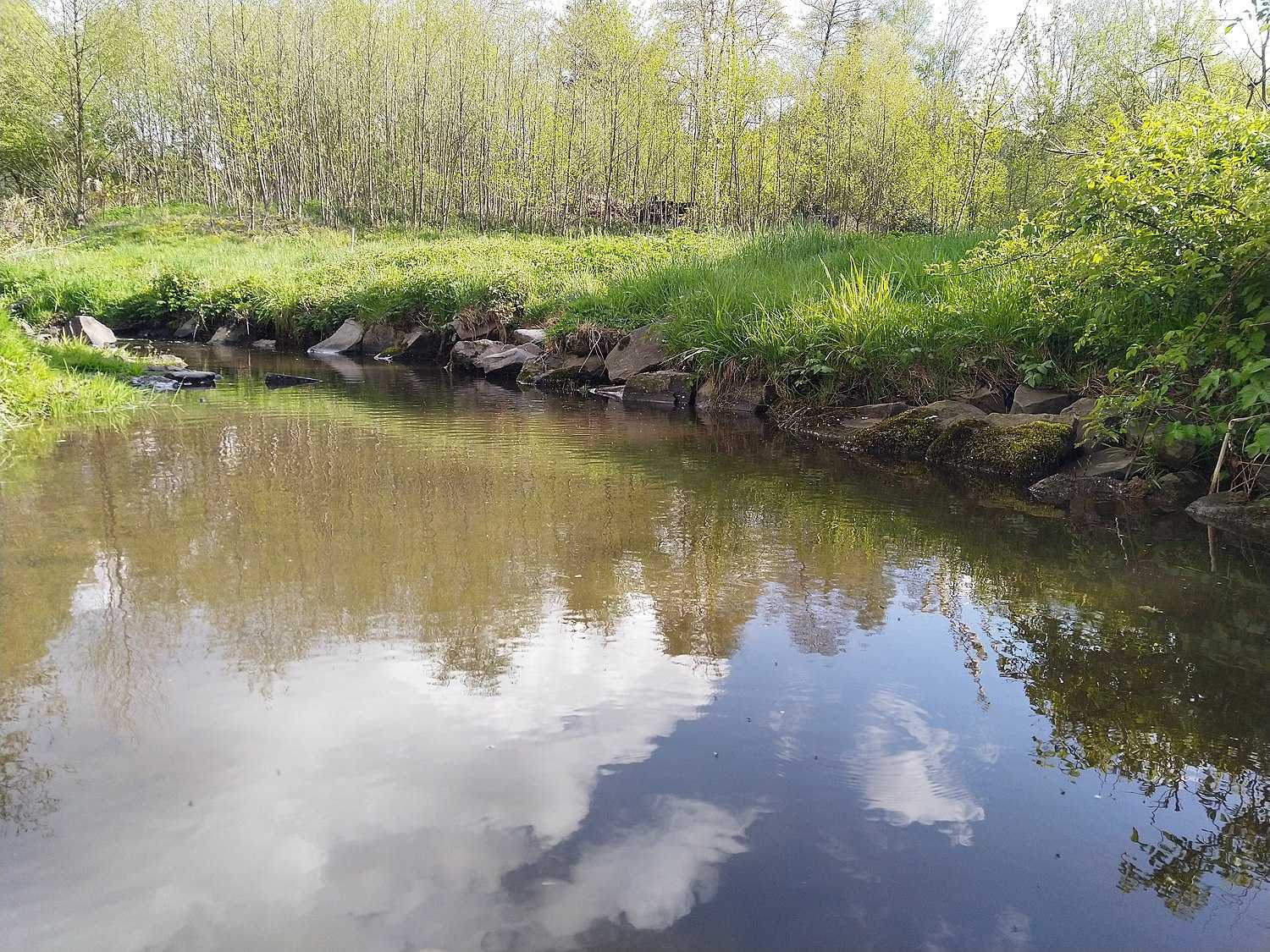 A stream is a continuous body of surface water[1] flowing within the bed and banks of a channel. Depending on its location or certain characteristics, a stream may be referred to by a variety of local or regional names. Long large streams are usually called rivers, while smaller, less voluminous and more intermittent streams are known as streamlets, brooks or creeks.

Body of surface water flowing down a channel

The flow of a stream is controlled by three inputs – surface runoff (from precipitation or meltwater), daylighted subterranean water, and surfaced groundwater (spring water). The surface and subterranean water are highly variable between periods of rainfall. Groundwater, on the other hand, has a relatively constant input and is controlled more by long-term patterns of precipitation.[2] The stream encompasses surface, subsurface and groundwater fluxes that respond to geological, geomorphological, hydrological and biotic controls.[3]

Streams are important as conduits in the water cycle, instruments in groundwater recharge, and corridors for fish and wildlife migration. The biological habitat in the immediate vicinity of a stream is called a riparian zone. Given the status of the ongoing Holocene extinction, streams play an important corridor role in connecting fragmented habitats and thus in conserving biodiversity. The study of streams and waterways in general is known as surface hydrology and is a core element of environmental geography.[4]