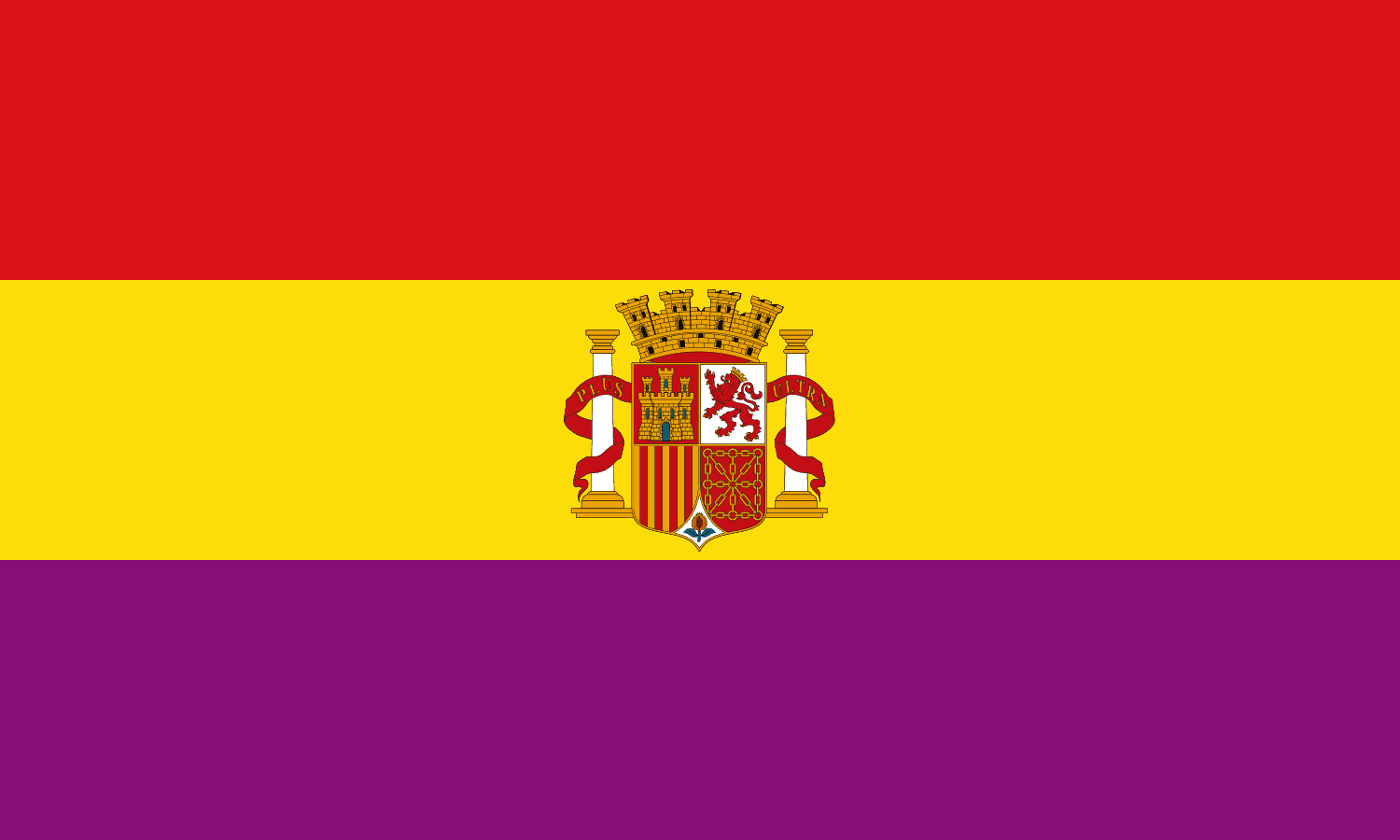 The Spanish Republic (Spanish: República Española), commonly known as the Second Spanish Republic (Spanish: Segunda República Española), was the form of government in Spain from 1931 to 1939. The Republic was proclaimed on 14 April 1931, after the deposition of King Alfonso XIII, and was dissolved on 1 April 1939 after surrendering in the Spanish Civil War to the Nationalists led by General Francisco Franco.

After the proclamation of the Republic, a provisional government was established until December 1931, at which time the 1931 Constitution was approved. During this time and the subsequent two years of constitutional government, known as the Reformist Biennium, Manuel Azaña's executive initiated numerous reforms to what in their view would modernize the country. In 1932 religious orders were forbidden control of schools, while the government began a large scale school-building project. A moderate agrarian reform was carried out. Home rule was granted to Catalonia, with a local parliament and a president of its own.[2]

Soon, Azaña lost parliamentary support and President Alcalá-Zamora forced his resignation in September 1933. The subsequent 1933 election was won by the Spanish Confederation of the Autonomous Right (CEDA). However the President declined to invite its leader, Gil Robles, to form a government, fearing CEDA's monarchist sympathies. Instead, he invited the Radical Republican Party's Alejandro Lerroux to do so. CEDA was denied cabinet positions for nearly a year.[3] In October 1934, CEDA was finally successful in forcing the acceptance of three ministries. The Socialists triggered an insurrection that they had been preparing for nine months.[4] A general strike was called by the Unión General de Trabajadores (UGT) and the Spanish Socialist Workers' Party (PSOE) in the name of the Alianza Obrera.[5] The rebellion developed into a bloody revolutionary uprising, aiming to overthrow the republican government. Armed revolutionaries managed to take the whole province of Asturias, killing policemen, clerics, and businessmen and destroying religious buildings and part of the University of Oviedo.[6] In the occupied areas, the rebels officially declared a proletarian revolution and abolished regular money.[7] The rebellion was crushed by the Spanish Navy and the Spanish Republican Army, the latter using mainly Moorish colonial troops from Spanish Morocco.[8]

In 1935, after a series of crisis and corruption scandals, President Alcalá-Zamora, who had always been hostile to the government, called for new elections, instead of inviting CEDA, the party with most seats in the parliament, to form a new government. The Popular Front won the 1936 general election with a narrow victory. The Right accelerated its preparations for a coup, which had been months in the planning.[9][10]

On 12 July 1936, a group of Guardia de Asalto and other leftist militiamen went to opposition leader José Calvo Sotelo's house and mortally shot him. This assassination convinced many military officers to back the planned coup. Three days later (17 July), the revolt began with an army uprising in Spanish Morocco, followed by military takeovers in many cities in Spain. Military rebels intended to seize power immediately, but they were met with serious resistance as most of the main cities remained loyal to the Republic. An estimated total of half a million people would lose their lives in the war that followed.

During the Spanish Civil War, there were three Republican governments. The first was led by left-wing republican José Giral (from July to September 1936); a revolution inspired mostly by libertarian socialist, anarchist and communist principles broke out in its territory. The second government was led by the PSOE's Francisco Largo Caballero. The UGT, along with the National Confederation of Workers (CNT), were the main forces behind the social revolution. The third government was led by socialist Juan Negrín, who led the Republic until the military coup of Segismundo Casado, which ended republican resistance and ultimately led to the victory of the Nationalists.

The Republican government survived in exile and retained an embassy in Mexico City until 1976. After the restoration of democracy in Spain, the government-in-exile formally dissolved the following year.[11]