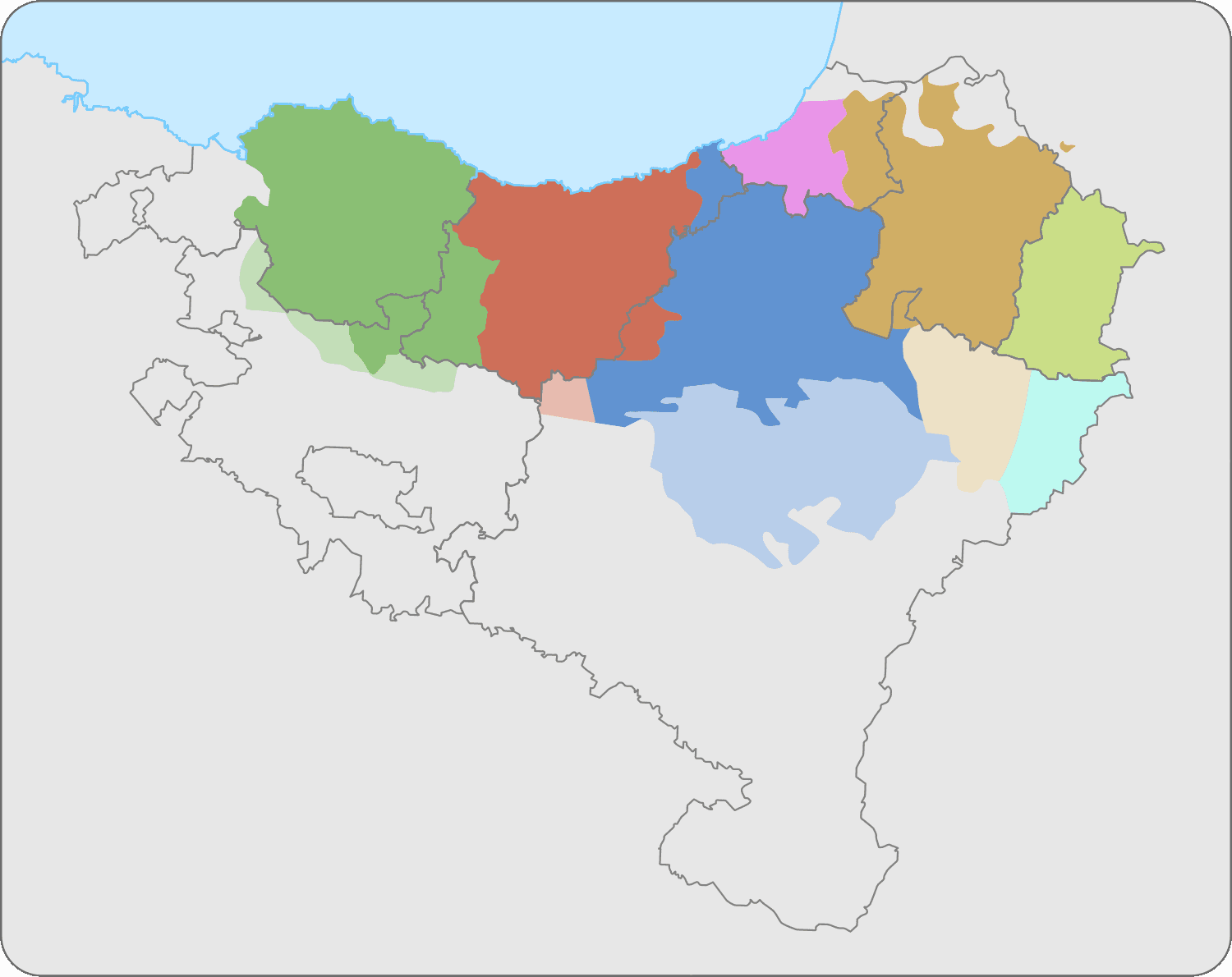 Basque (/ˈbæsk, ˈbɑːsk/),[5] also known as euskara (Basque pronunciation: [eus̺ˈkaɾa], used in Basque), is a language spoken by Basques and others of the Basque Country, a region that straddles the westernmost Pyrenees in adjacent parts of northern Spain and south-western France. Linguistically, Basque is a language isolate (unrelated to any other existing languages). The Basques are indigenous to, and primarily inhabit, the Basque Country.[6] The Basque language is spoken by 28.4% (751,500) of Basques in all territories. Of these, 93.2% (700,300) are in the Spanish area of the Basque Country and the remaining 6.8% (51,200) are in the French portion.[1]

Language of the Basque people

Native speakers live in a contiguous area that includes parts of four Spanish provinces and the three "ancient provinces" in France. Gipuzkoa, most of Biscay, a few municipalities of Álava and the northern area of Navarre formed the core of the remaining Basque-speaking area before measures were introduced in the 1980s to strengthen Basque fluency. By contrast, most of Álava, the westernmost part of Biscay, and central and southern Navarre are predominantly populated by native speakers of Spanish, either because Basque was replaced by Spanish over the centuries (as in most of Álava and central Navarre), or because it may never have been spoken there (as in parts of Enkarterri and south-eastern Navarre).

In Francoist Spain, Basque language use was affected by the government's repressive policies. In the Basque Country, "Francoist repression was not only political, but also linguistic and cultural."[7] Franco's regime suppressed Basque from official discourse, education, and publishing,[8] making it illegal to register newborn babies under Basque names,[9] and even requiring tombstone engravings in Basque to be removed.[10] In some provinces the public use of Basque was suppressed, with people fined for speaking it.[11] Public use of Basque was frowned upon by supporters of the regime, often regarded as a sign of anti-Francoism or separatism.[12] Overall, in the 1960s and later, the trend reversed and education and publishing in Basque began to flourish.[13] As a part of this process, a standardised form of the Basque language, called Euskara Batua, was developed by the Euskaltzaindia in the late 1960s.

Besides its standardised version, the five historic Basque dialects are Biscayan, Gipuzkoan, and Upper Navarrese in Spain and Navarrese–Lapurdian and Souletin in France. They take their names from the historic Basque provinces, but the dialect boundaries are not congruent with province boundaries. Euskara Batua was created so that the Basque language could be used—and easily understood by all Basque speakers—in formal situations (education, mass media, literature), and this is its main use today. In both Spain and France, the use of Basque for education varies from region to region and from school to school.[14]

Basque is the only surviving language isolate in Europe. The current mainstream scientific view on the origin of the Basques and of their language is that early forms of Basque developed before the arrival of Indo-European languages in the area, i.e. before the arrival of Celtic and Romance languages in particular, as the latter today geographically surround the Basque-speaking region. Typologically, with its agglutinative morphology and ergative–absolutive alignment, Basque grammar remains markedly different from that of Standard Average European languages. Nevertheless, Basque has borrowed up to 40 percent of its vocabulary from Romance languages,[15] and the Latin script is used for the Basque alphabet.