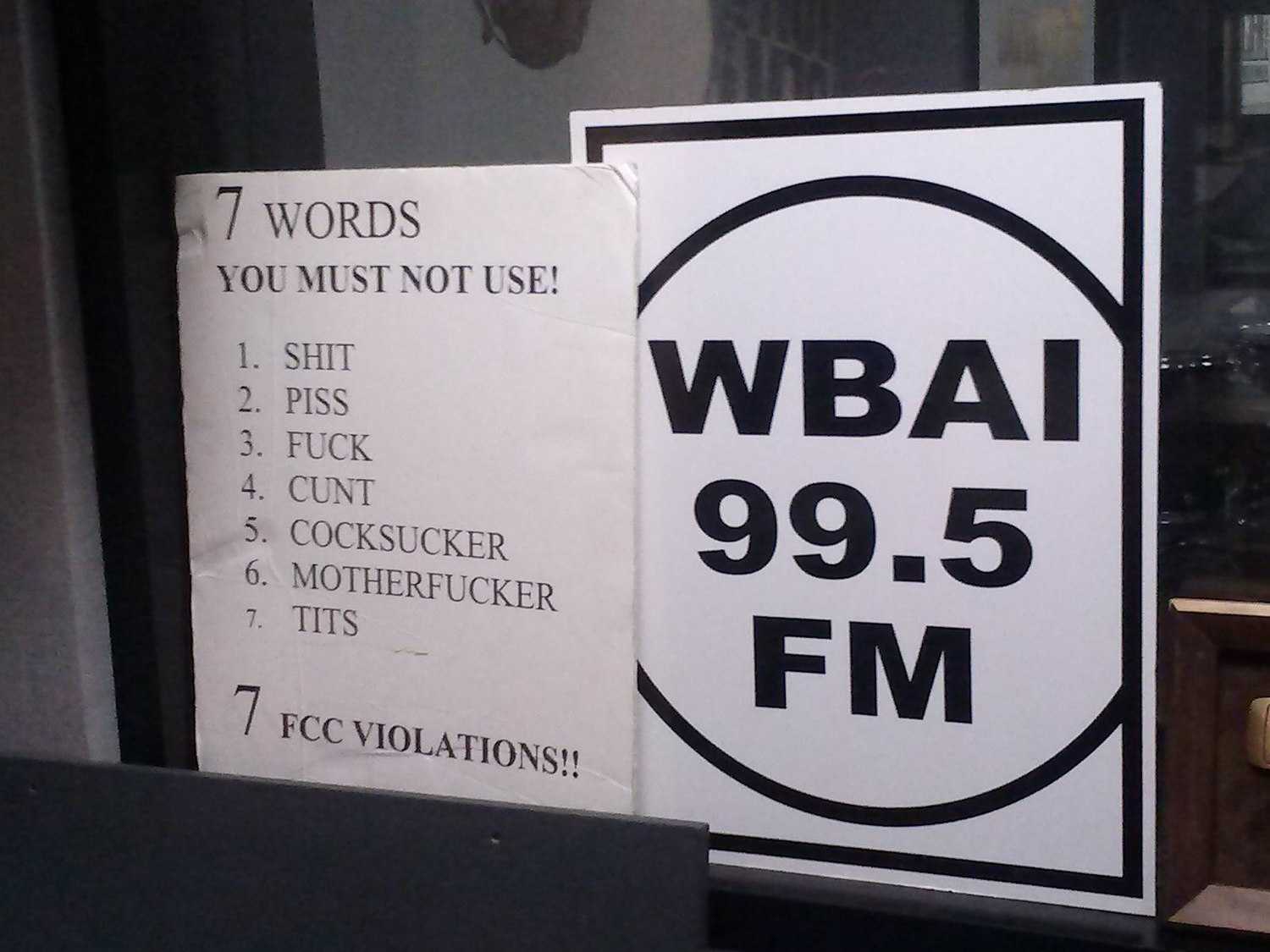 The seven dirty words are seven English-language curse words that American comedian George Carlin first listed in his 1972 "Seven Words You Can Never Say on Television" monologue.[1] The words, in the order Carlin listed them, are: "shit", "piss", "fuck", "cunt", "cocksucker", "motherfucker", and "tits".[1][2]

At the time, the words were considered highly inappropriate and unsuitable for broadcast on the public airwaves in the United States, whether radio or television. As such, they were avoided in scripted material and bleep censored in the rare cases in which they were used. Broadcast standards differ in different parts of the world, then and now, although most of the words on Carlin's original list remain taboo on American broadcast television. The list was not an official enumeration of forbidden words, but rather were compiled by Carlin to flow better in a comedy routine. Nonetheless, a radio broadcast featuring these words led to a Supreme Court 5–4 decision in 1978 in FCC v. Pacifica Foundation that the FCC's declaratory ruling did not violate either the First or Fifth Amendments, thus helping define the extent to which the federal government could regulate speech on broadcast television and radio in the United States.