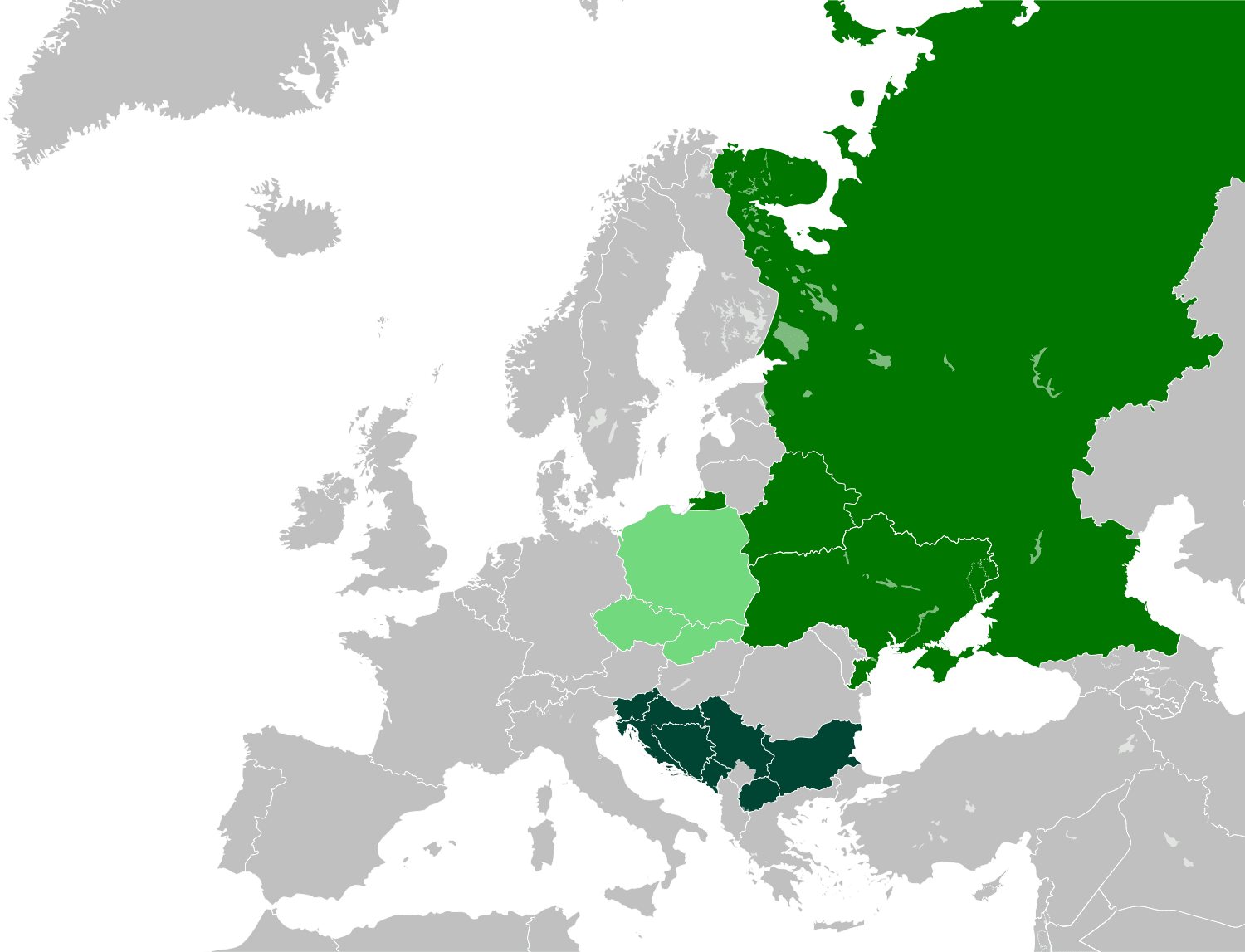 The Slavic languages are conventionally (that is, also on the basis of extralinguistic features) divided into three subgroups: East, South, and West, which together constitute more than 20 languages. Of these, 10 have at least one million speakers and official status as the national languages of the countries in which they are predominantly spoken: Russian, Belarusian and Ukrainian (of the East group), Polish, Czech and Slovak (of the West group) and Bulgarian and Macedonian (eastern dialects of the South group), and Serbo-Croatian and Slovene (western dialects of the South group). In addition, Aleksandr Dulichenko recognizes a number of Slavic microlanguages: both isolated ethnolects and peripheral dialects of more well-established Slavic languages.[2][3][page needed][4]

The current geographical distribution of natively spoken Slavic languages includes the Balkans, Central and Eastern Europe, and all the way from Western Siberia to the Russian Far East. Furthermore, the diasporas of many Slavic peoples have established isolated minorities of speakers of their languages all over the world. The number of speakers of all Slavic languages together was estimated to be 315 million at the turn of the twenty-first century.[1] It is the largest ethno-linguistic group in Europe.[5][6]