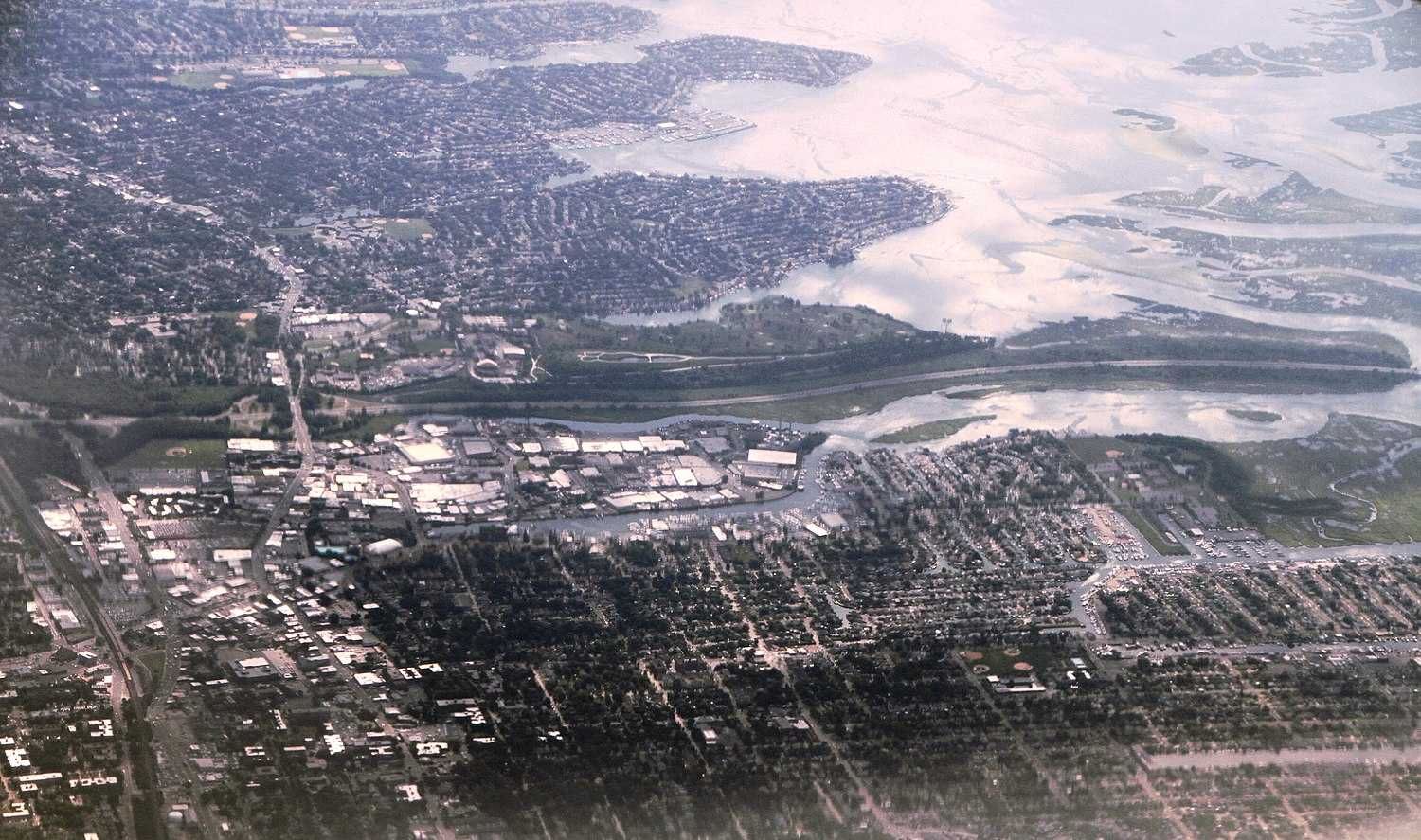 A suburb, more broadly suburban area, is an area within a metropolitan area that is primarily a residential area, though may also include commercial and mixed-use areas.[1][2] A suburb can exist either as part of a larger city/urban area or as a separate political entity. The name describes an area which is not as densely populated as an inner city, yet more densely populated than a rural area in the countryside. In many metropolitan areas, suburbs exist as separate residential communities within commuting distance of a city (cf "bedroom suburb".) Suburbs can have their own political or legal jurisdiction, especially in the United States, but this is not always the case, especially in the United Kingdom, where most suburbs are located within the administrative boundaries of cities.[3] In most English-speaking countries, suburban areas are defined in contrast to central or inner city areas, but in Australian English and South African English, suburb has become largely synonymous with what is called a "neighborhood" in other countries, and the term encompasses inner city areas.[4]

Nassau County in Long Island (above) is emblematic of continuous sprawl in an inner suburb of New York City, contrasted with Monroe Township, New Jersey (below), characteristic of an outer suburb, or exurb, of New York City, with a lower population density.

In some areas, such as India, China, New Zealand, Canada, the United Kingdom, and parts of the United States, new suburbs are routinely annexed by adjacent cities due to urban sprawl. In others, such as Morocco, France, and much of the United States, many suburbs remain separate municipalities or are governed locally as part of a larger metropolitan area such as a county, district or borough. In the United States, regions beyond the suburbs are known as "exurban areas" or exurbs; exurbs have less population density than suburbs, but still more than rural areas. Suburbs and exurbs are linked to the nearby larger metropolitan area economically, particularly by commuters.

Suburbs first emerged on a large scale in the 19th and 20th centuries as a result of improved rail and road transport, which led to an increase in commuting.[5] In general, they are less densely populated than inner city neighborhoods within the same metropolitan area, and most residents routinely commute to city centers or business districts via private vehicles or public transits; however, there are many exceptions, including industrial suburbs, planned communities, and satellite cities. Suburbs tend to proliferate around cities that have an abundance of adjacent flat land.[6]