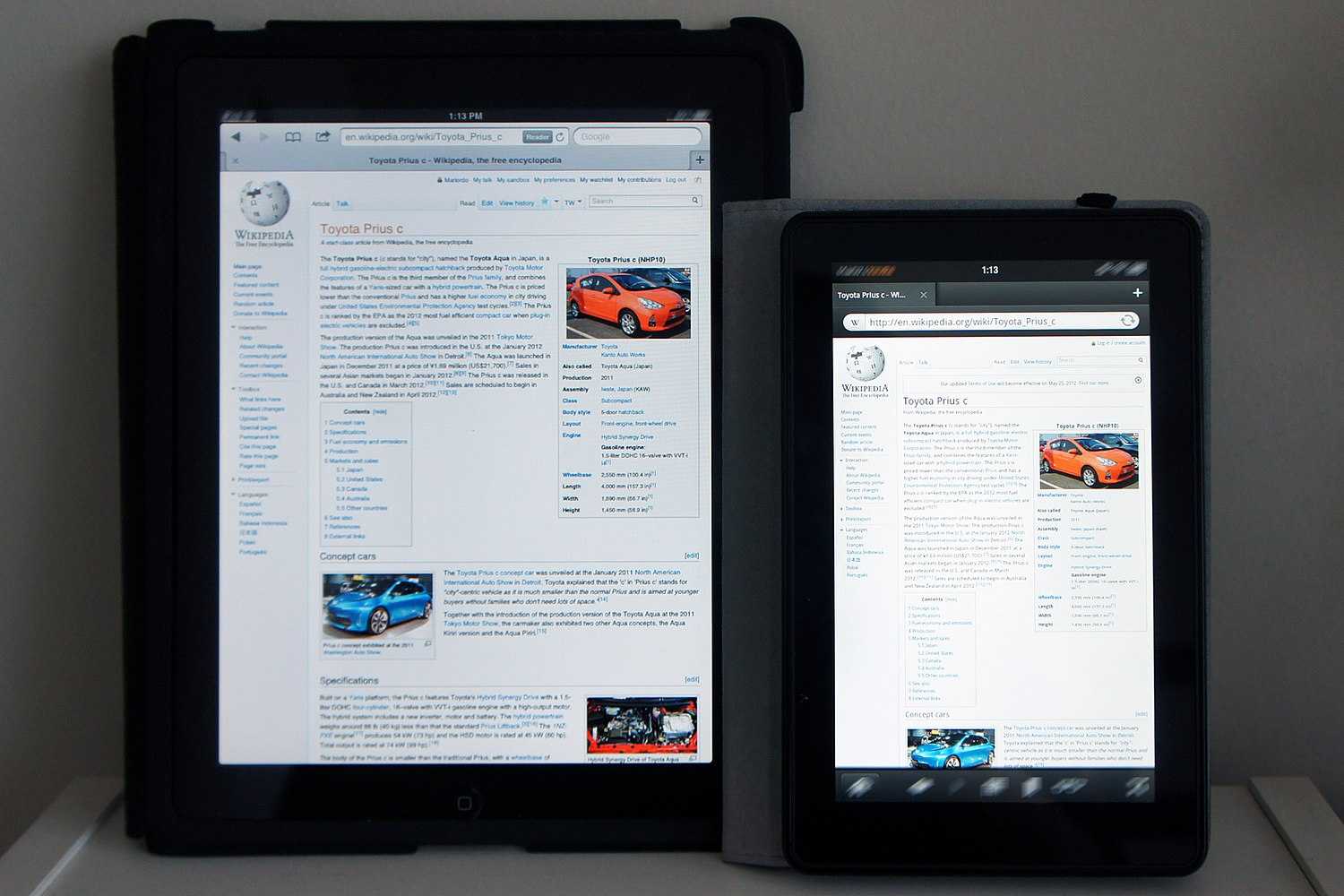 A tablet computer, commonly shortened to tablet, is a mobile device, typically with a mobile operating system and touchscreen display processing circuitry, and a rechargeable battery in a single, thin and flat package. Tablets, being computers, do what other personal computers do, but lack some input/output (I/O) abilities that others have. Modern tablets largely resemble modern smartphones, the only differences being that tablets are relatively larger than smartphones, with screens 7 inches (18 cm) or larger, measured diagonally,[1][2][3][4] and may not support access to a cellular network. Unlike laptops which have traditionally run off operating systems usually designed for desktops, tablets usually run mobile operating systems, alongside smartphones.

The form of the tablet was conceptualized in the middle of the 20th century (Stanley Kubrick depicted fictional tablets in the 1968 science fiction film A Space Odyssey) and prototyped and developed in the last two decades of that century. In 2010, Apple released the iPad, the first mass-market tablet to achieve widespread popularity.[5] Thereafter, tablets rapidly rose in ubiquity and soon became a large product category used for personal, educational and workplace applications.[6] Popular uses for a tablet PC include viewing presentations, video-conferencing, reading e-books, watching movies, sharing photos and more.[7] As of 2021 there are 1.28 billion tablet users worldwide according to data provided by Statista,[8] while Apple holds the largest manufacturer market share followed by Samsung and Lenovo.[9]