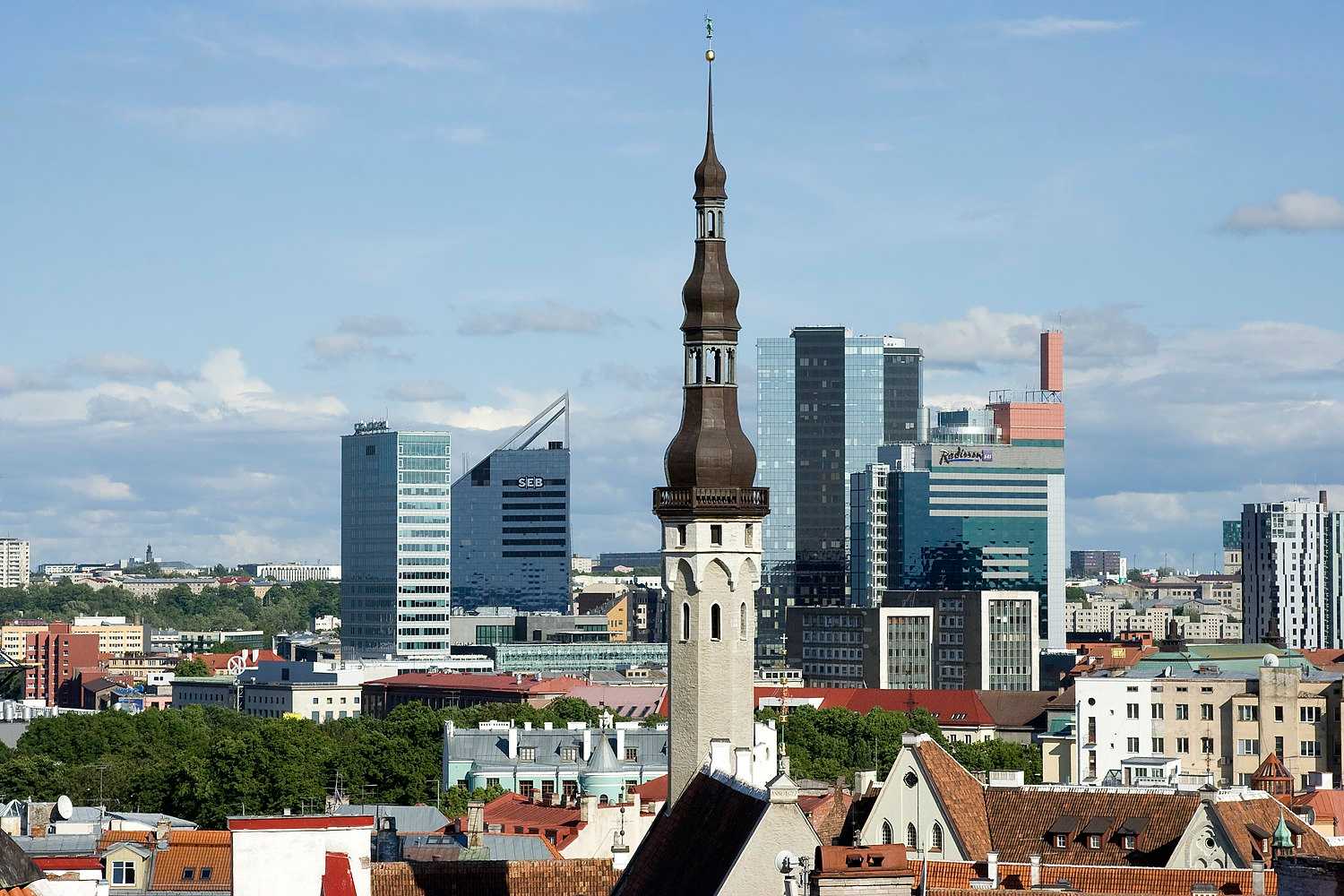 Tallinn (/tʌlˈɪn, tæˈlɪn/)[lower-alpha 1][5][6] is the most populous and capital city of Estonia. Situated on a bay in north Estonia, on the shore of the Gulf of Finland of the Baltic Sea, Tallinn has a population of 437,811 (as of 2022)[1] and administratively lies in the Harju maakond (county). Tallinn is the main financial, industrial, and cultural centre of Estonia. It is located 187 km (116 mi) northwest of the country's second largest city Tartu, however only 80 km (50 mi) south of Helsinki, Finland, also 320 km (200 mi) west of Saint Petersburg, Russia, 300 km (190 mi) north of Riga, Latvia, and 380 km (240 mi) east of Stockholm, Sweden. From the 13th century until the first half of the 20th century, Tallinn was known in most of the world by variants of its other historical name Reval.

Tallinn received Lübeck city rights in 1248,[7] however the earliest evidence of human population in the area dates back nearly 5,000 years.[8] The medieval indigenous population of what is now Tallinn and northern Estonia was one of the last "pagan" civilisations in Europe to adopt Christianity following the Papal-sanctioned Livonian Crusade in the 13th century.[9] The first recorded claim over the place was laid by Denmark after a successful raid in 1219 led by King Valdemar II, followed by a period of alternating Scandinavian and Teutonic rulers. Due to the strategic location by the sea, its medieval port became a significant trade hub, especially in the 14–16th centuries, when Tallinn grew in importance as the northernmost member city of the Hanseatic League. Tallinn Old Town is one of the best-preserved medieval cities in Europe and is listed as a UNESCO World Heritage Site.[10]

Tallinn has the highest number of startup companies per person among all capitals and larger cities in Europe[11] and is the birthplace of many international high-technology companies, including Skype, Bolt and Wise.[12] The city is home to the headquarters of the European Union's IT agency,[13] and to the NATO Cyber Defence Centre of Excellence. In 2007, Tallinn was listed among the top-10 digital cities in the world,[14] and in 2022, Tallinn was listed among the top-10 "medium-sized European cities of the future".[15]