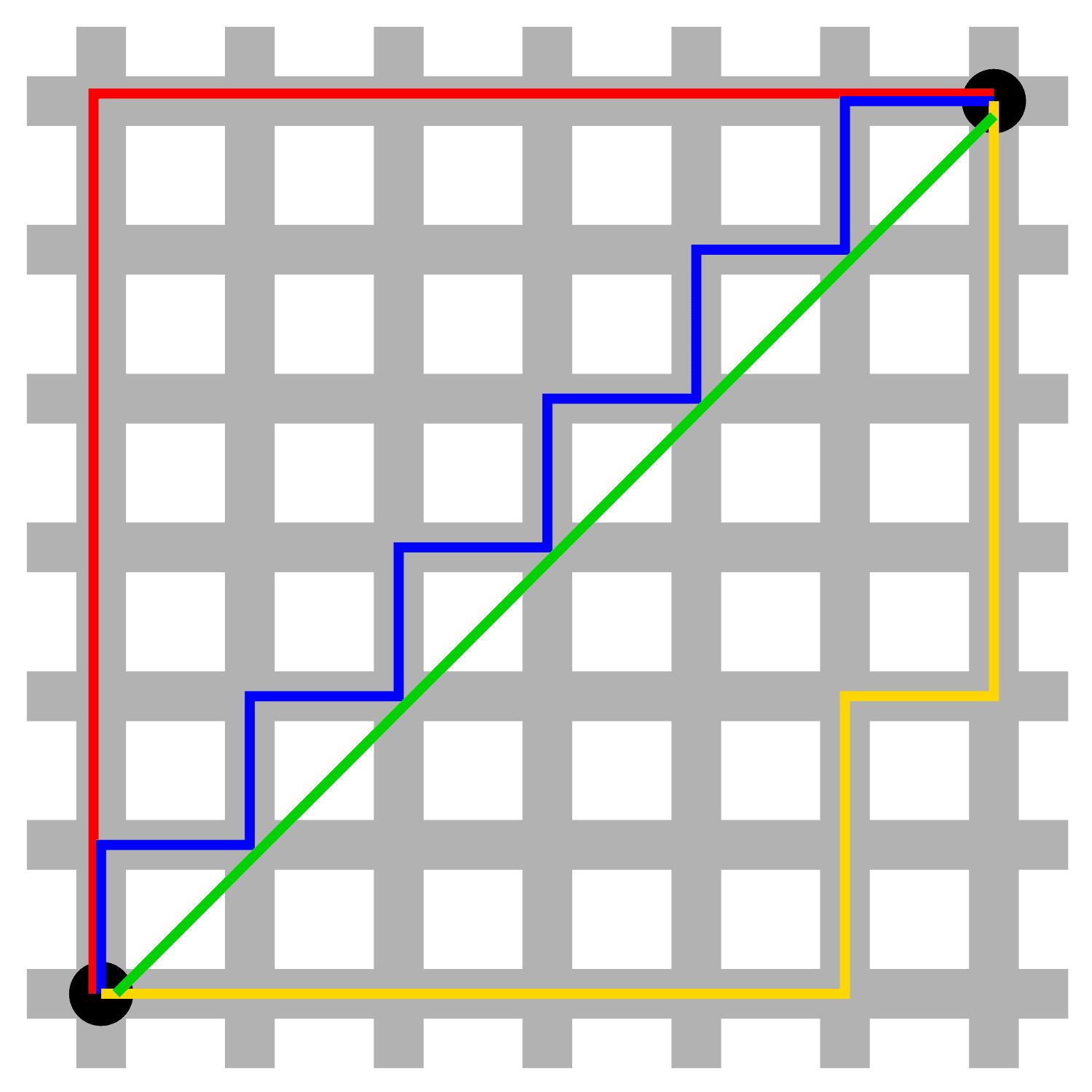 norm (see Lp space), snake distance, city block distance, Manhattan distance or Manhattan length.[1] The latter names refer to the rectilinear street layout on the island of Manhattan, where the shortest path a taxi travels between two points is the sum of the absolute values of distances that it travels on avenues and on streets.

The geometry has been used in regression analysis since the 18th century, and is often referred to as LASSO. The geometric interpretation dates to non-Euclidean geometry of the 19th century and is due to Hermann Minkowski.

, the taxicab distance between two points

. That is, it is the sum of the absolute values of the differences in both coordinates.