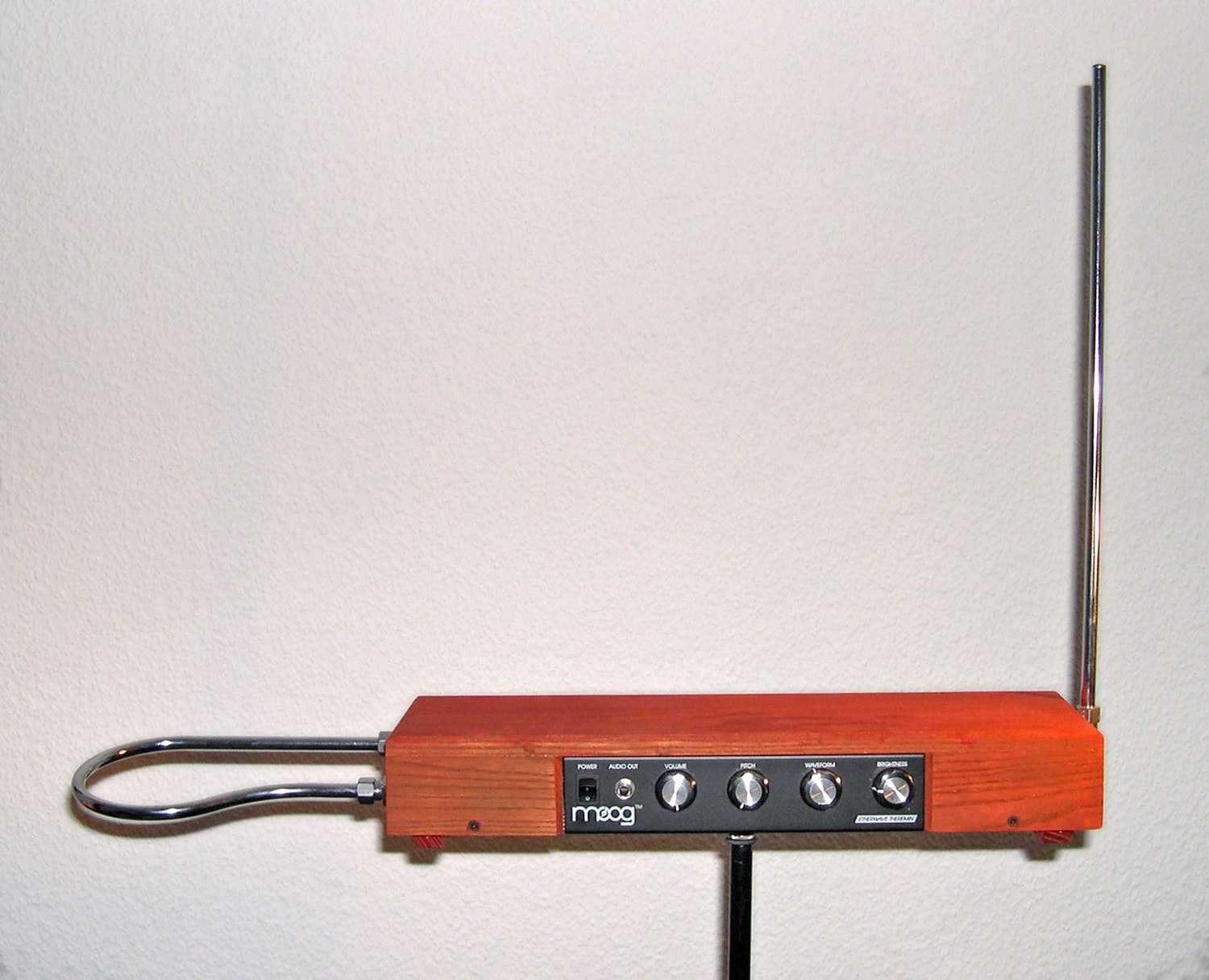 The theremin (/ˈθɛrəmɪn/; originally known as the ætherphone/etherphone, thereminophone[2] or termenvox/thereminvox) is an electronic musical instrument controlled without physical contact by the performer (who is known as a thereminist). It is named after its inventor, Leon Theremin, who patented the device in 1928.

The instrument's controlling section usually consists of two metal antennas which sense the relative position of the thereminist's hands and control oscillators for frequency with one hand, and amplitude (volume) with the other. The electric signals from the theremin are amplified and sent to a loudspeaker.

The sound of the instrument is often associated with eerie situations. The theremin has been used in movie soundtracks such as Miklós Rózsa's Spellbound and The Lost Weekend, Bernard Herrmann's The Day the Earth Stood Still, and Justin Hurwitz's First Man as well as in theme songs for television shows such as the ITV drama Midsomer Murders and the Disney+ series Loki, the latter composed by Natalie Holt. The theremin is also used in concert music (especially avant-garde and 20th- and 21st-century new music) and in popular music genres such as rock.