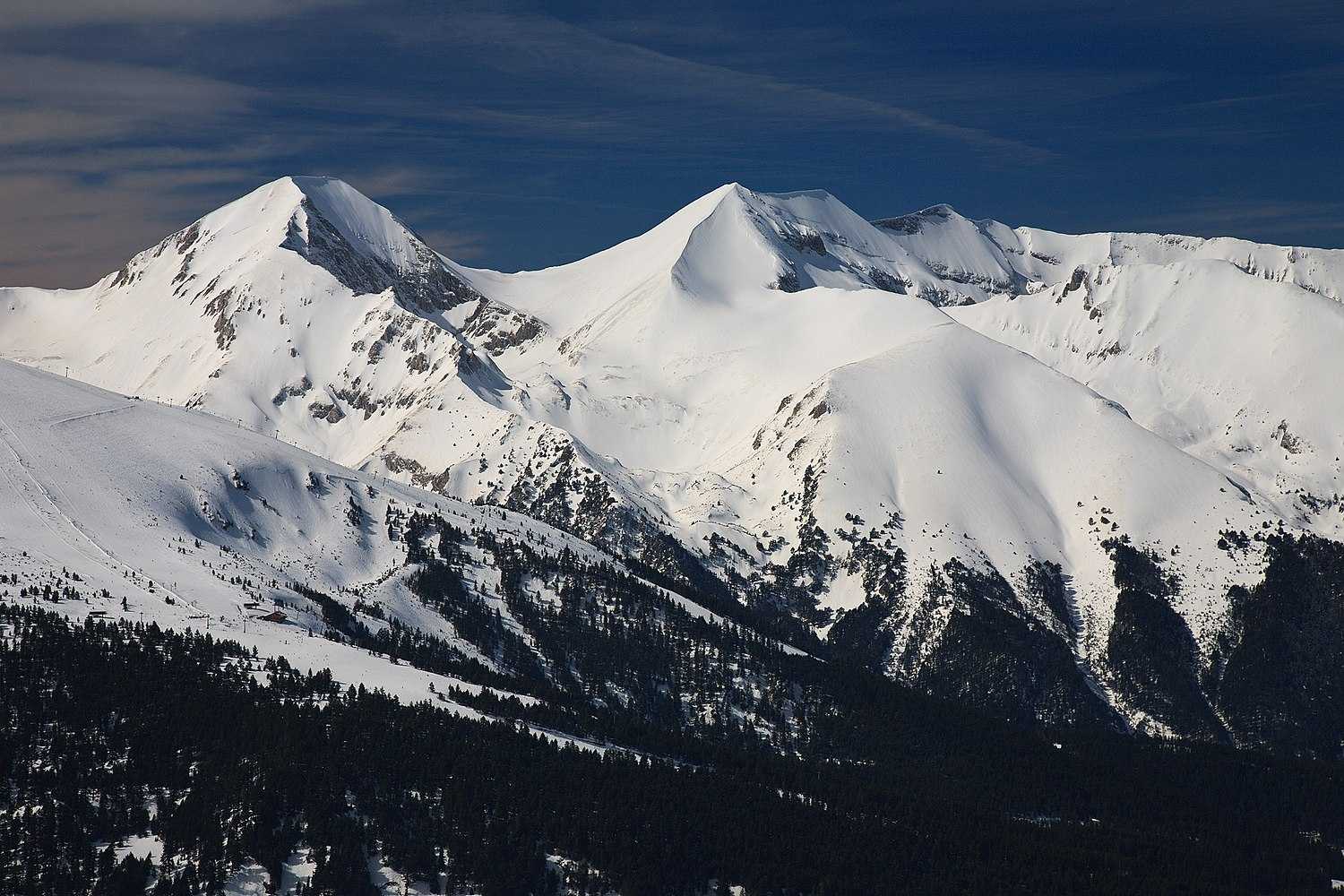 Vihren (Bulgarian: Вихрен [ˈvixrɛn]) is the highest peak of Bulgaria's Pirin Mountains. Reaching 2,914 metres (9,560 ft), it is Bulgaria's second and the Balkans' third highest, after Musala and Mount Olympus.[2] Although due to the karst topography Vihren is deprived of lakes and streams, a number of Pirin's lakes are located around the peak, as is Europe's southernmost glacial mass, the Snezhnika glacieret.[3] Until 1942 Vihren was known as Eltepe (peak of storms); it was also called Buren (stormy) and Malnienosets (lightning-bringer).[4] The UNESCO World Heritage Site Pirin National Park was originally known as the Vihren National Park.[5] Vihren is included in the 100 Tourist Sites of Bulgaria under No. 2.[6]