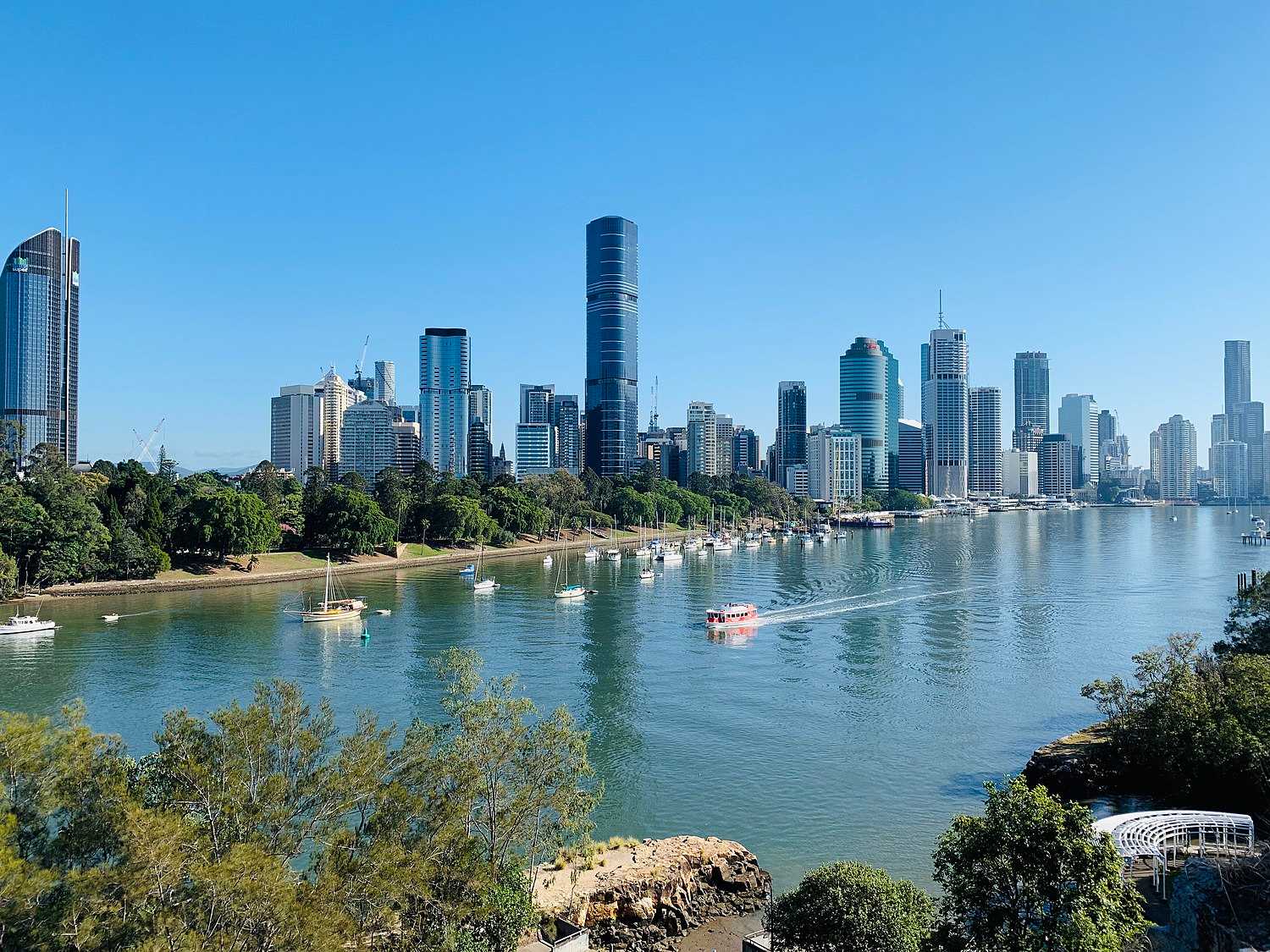 listen) BRIZ-bən),[9] also known as Meanjin ( /miˈændʒɪn/ Mee-an-jin) in the Indigenous Turrbal language,[10] is the capital and most populous city of Queensland,[11] and the third-most populous city in Australia and Oceania with a population of approximately 2.6 million.[12] Brisbane lies at the centre of South East Queensland, which includes several other regional centres and cities. The central business district is situated within a peninsula of the Brisbane River about 15 km (9 mi) from its mouth at Moreton Bay.[13] Brisbane is located in the hilly floodplain of the Brisbane River Valley between Moreton Bay and the Taylor and D'Aguilar mountain ranges.[14] It sprawls across several local government areas, most centrally the City of Brisbane. The demonym of Brisbane is Brisbanite.[15][16]

The Moreton Bay penal settlement was founded in 1824 at Redcliffe as a place for secondary offenders from the Sydney colony, and soon moved to North Quay in 1825 on the banks of the Brisbane River, so named for Sir Thomas Brisbane. German Lutherans established the first free settlement of Zion Hill at Nundah in 1838, and in 1859 Brisbane was chosen as Queensland's capital when the state separated from New South Wales. By the late 19th century, the city had grown into a major port and centre of immigration. During World War II, the Allied command in the South West Pacific was based in the city, along with the headquarters for General Douglas MacArthur of the United States Army.[24]

Brisbane is classified as a global city,[25][26] and is a major centre of research and innovation in the Asia-Pacific, particularly in medicine and biotechnology.[27][28] A transport hub, Brisbane is served by large rail, bus and ferry networks, as well as Brisbane Airport and the Port of Brisbane, Australia's third-largest seaport.

A diverse city with over 32% of its metropolitan population being foreign-born, Brisbane is frequently ranked highly in lists of the most liveable cities.[29][30] Galleries and museums are an important part of the city's culture, with the most prominent being the Queensland Art Gallery and Gallery of Modern Art. Brisbane has hosted major events including the 1982 Commonwealth Games, World Expo 88, the 2014 G20 summit, and will host the 2032 Summer Olympics and Paralympics.[31]