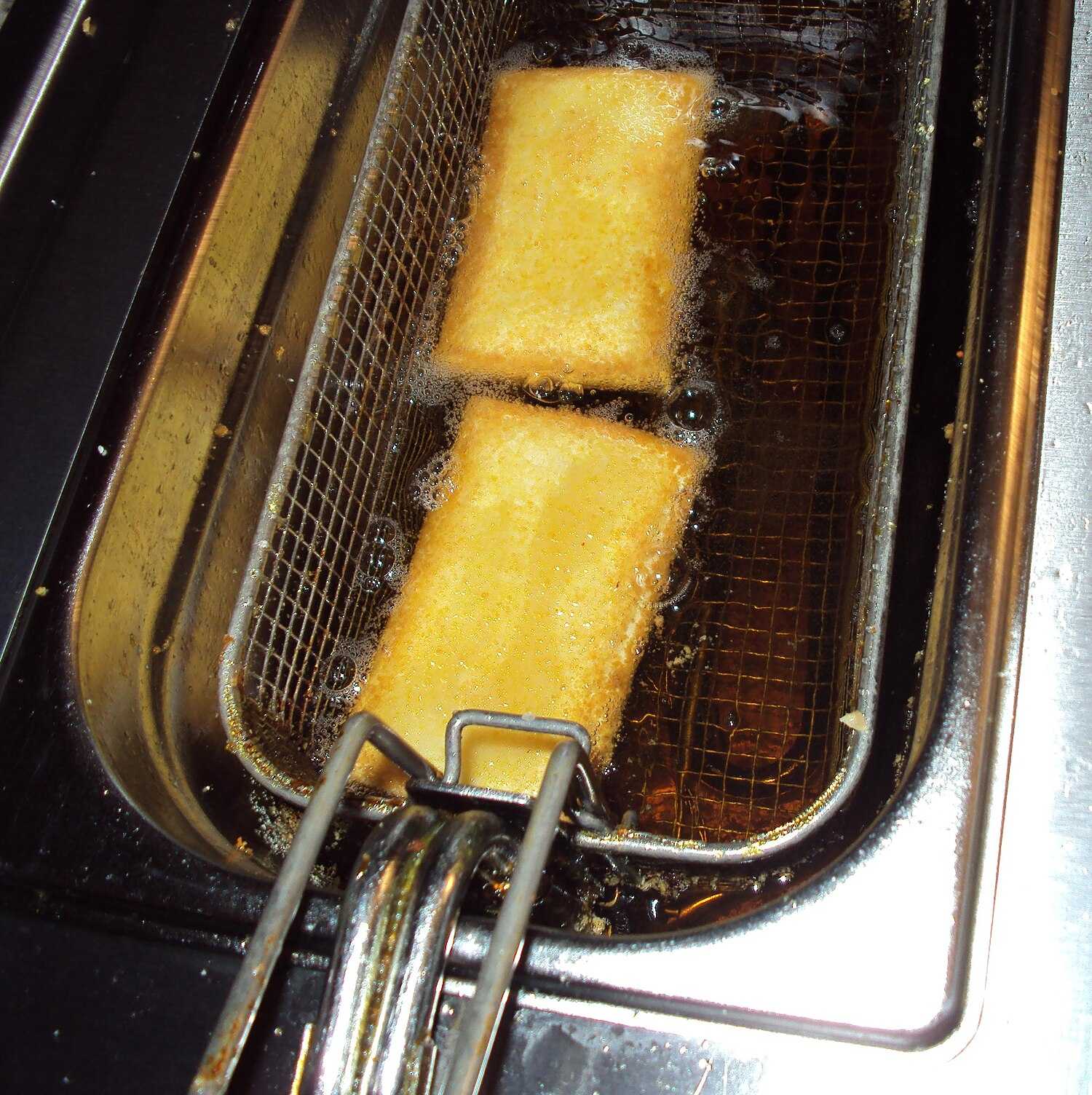 Deep frying (also referred to as deep fat frying) is a cooking method in which food is submerged in hot fat, traditionally lard but today most commonly oil, as opposed to the shallow oil used in conventional frying done in a frying pan. Normally, a deep fryer or chip pan is used for this; industrially, a pressure fryer or vacuum fryer may be used. Deep frying may also be performed using oil that is heated in a pot. Deep frying is classified as a hot-fat cooking method.[1][2] Typically, deep frying foods cook quickly: oil has a high rate of heat conduction and all sides of the food are cooked simultaneously.[3]

The term "deep frying" and many modern deep-fried foods were not invented until the 19th century, but the practice has been around for millennia. Early records and cookbooks suggest that the practice began in certain European countries before other countries adopted the practice.