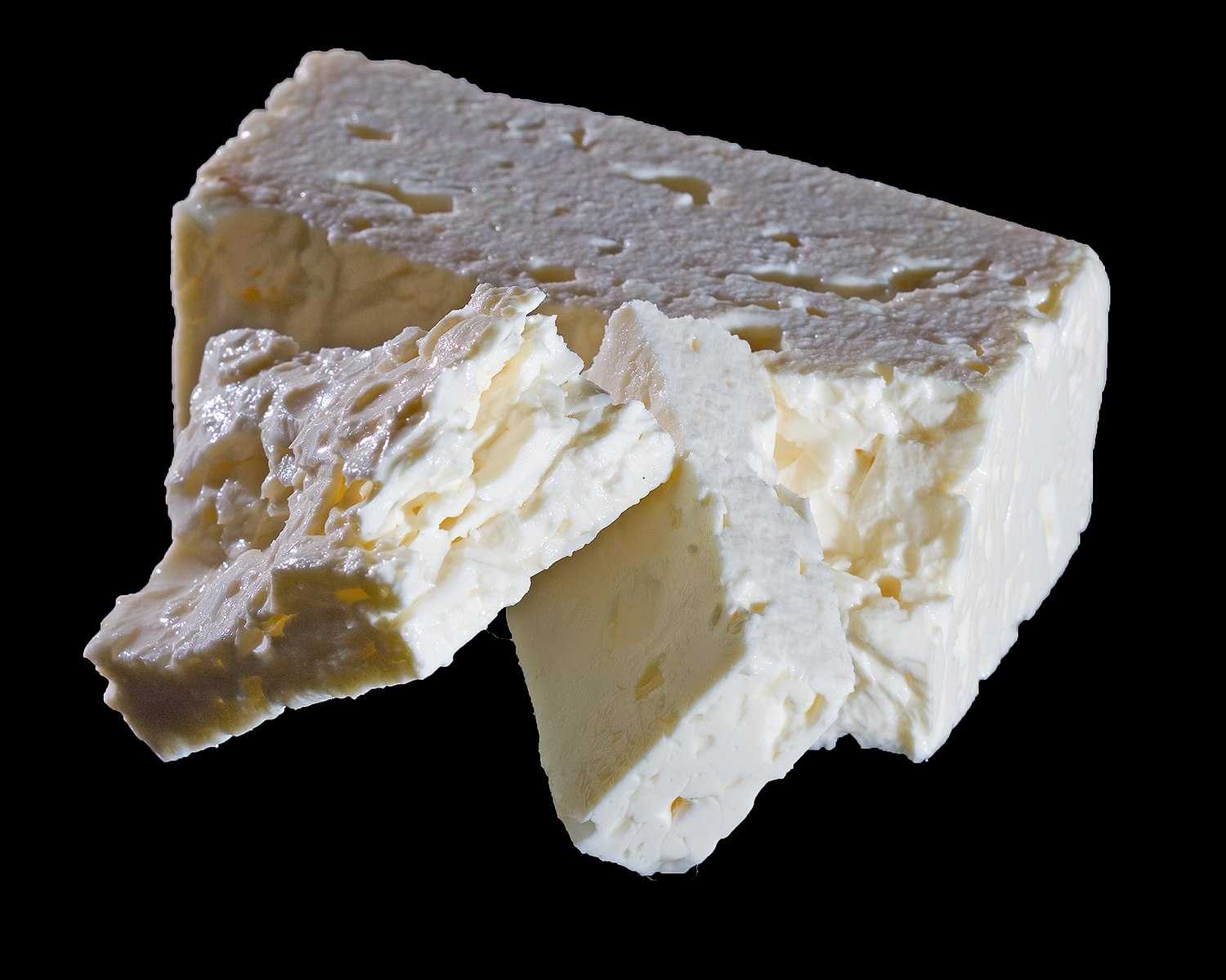 Feta (Greek: φέτα, féta) is a Greek brined white cheese made from sheep's milk or from a mixture of sheep and goat's milk. It is soft, with small or no holes, a compact touch, few cuts, and no skin. Crumbly with a slightly grainy texture, it is formed into large blocks and aged in brine. Its flavor is tangy and salty, ranging from mild to sharp. Feta is used as a table cheese, in salads such as Greek salad, and in pastries, notably the phyllo-based Greek dishes spanakopita "spinach pie" and tyropita "cheese pie". It is often served with olive oil or olives, and sprinkled with aromatic herbs such as oregano. It can also be served cooked (often grilled), as part of a sandwich, in omelettes, and many other dishes.

Since 2002, feta has been a protected designation of origin in the European Union. EU legislation and similar legislation in 25 other countries[1] limits the name feta to cheeses produced in the traditional way in mainland Greece and Lesbos Prefecture,[2] which are made from sheep's milk, or from a mixture of sheep's and up to 30% of goat's milk from the same area.[3]

Similar white brined cheeses are made traditionally in the Balkans, around the Black Sea, in West Asia, and more recently elsewhere. Outside the EU, the name feta is often used generically for these cheeses.[4]