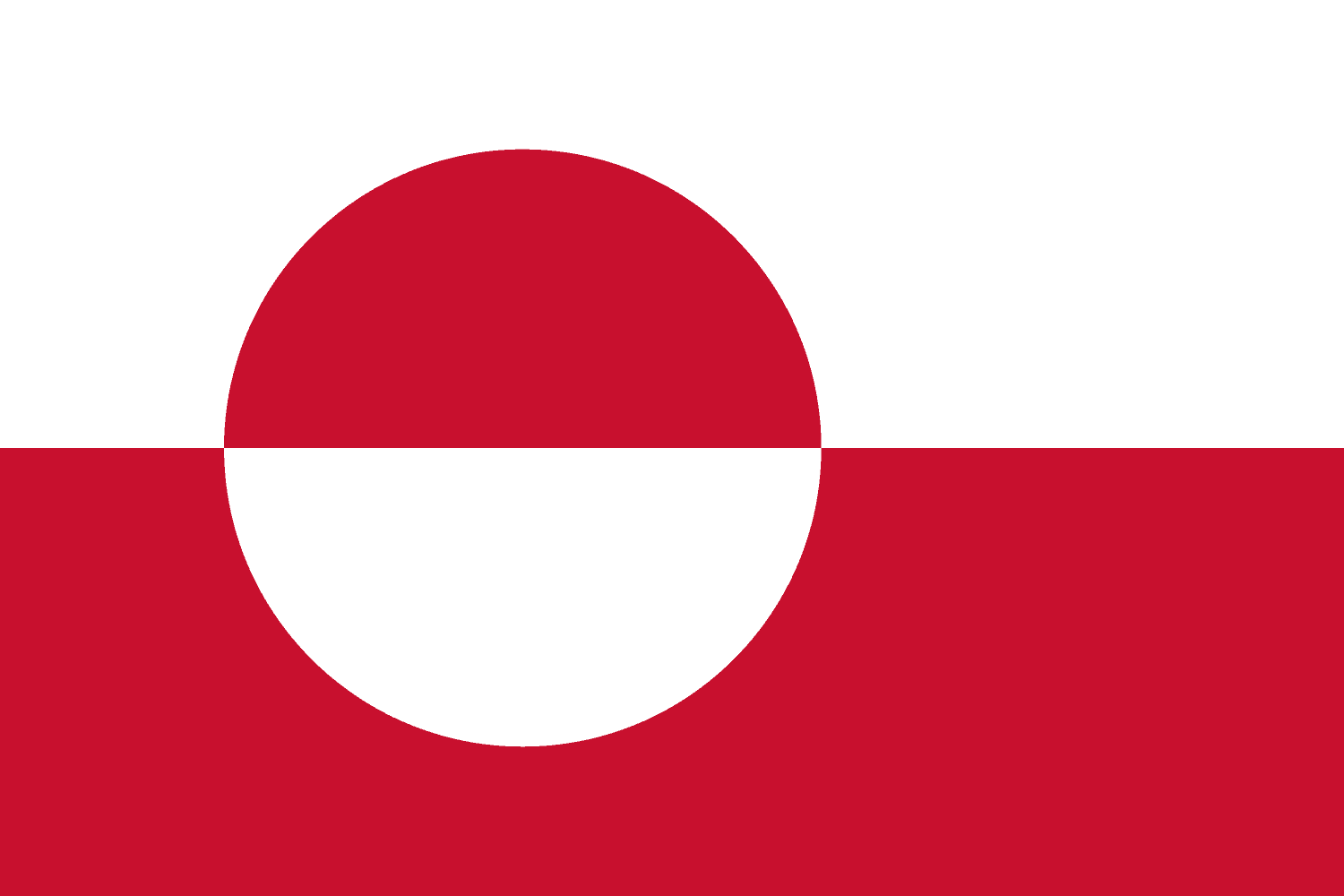 Greenland (Greenlandic: Kalaallit Nunaat, pronounced [kalaːɬit nʉnaːt]; Danish: Grønland, pronounced [ˈkʁɶnˌlænˀ]) is an island country in North America that is part of the Kingdom of Denmark.[13] It is located between the Arctic and Atlantic oceans, east of the Canadian Arctic Archipelago. Greenland is the world's largest island.[lower-alpha 4] It is one of three constituent countries that form the Kingdom of Denmark, along with Denmark and the Faroe Islands; the citizens of these countries are all citizens of Denmark and the European Union.[15] Greenland's capital is Nuuk.[15]

Though a part of the continent of North America, Greenland has been politically and culturally associated with Europe (specifically Norway and Denmark, the colonial powers) for more than a millennium, beginning in 986.[16] Greenland has been inhabited at intervals over at least the last 4,500 years by Arctic peoples whose forebears migrated there from what is now Canada.[17][18] Norsemen settled the uninhabited southern part of Greenland beginning in the 10th century, having previously settled Iceland. Inuit arrived in the 13th century. Though under continuous influence of Norway and Norwegians, Greenland was not formally under the Norwegian crown until 1261. The Norse colonies disappeared in the late 15th century, after Norway was hit by the Black Death and entered a severe decline.

In the early 17th century, Danish explorers reached Greenland again. Greenland became Danish in 1814 and was fully integrated in the Danish state in 1953 under the Constitution of Denmark. With the Constitution of 1953, the people in Greenland became citizens of Denmark. In 1979, Denmark granted home rule to Greenland; in 2008, Greenlanders voted in favour of the Self-Government Act, which transferred more power from the Danish government to the local Greenlandic government.[19] Under the new structure, Greenland has gradually assumed responsibility for a number of governmental services and areas of competence. The Danish government still retains control of citizenship, monetary policy and foreign affairs including defence. The majority of its residents are Inuit.[20] Today, the population is concentrated mainly on the southwest coast, while the rest of the island is sparsely populated. Three-quarters of Greenland is covered by the only permanent ice sheet outside of Antarctica. With a population of 56,081 (2020),[21] it is the least densely populated region in the world.[22] Greenland has one of the highest shares of renewable energy in the world, at 70%, mostly coming from hydropower.[23]