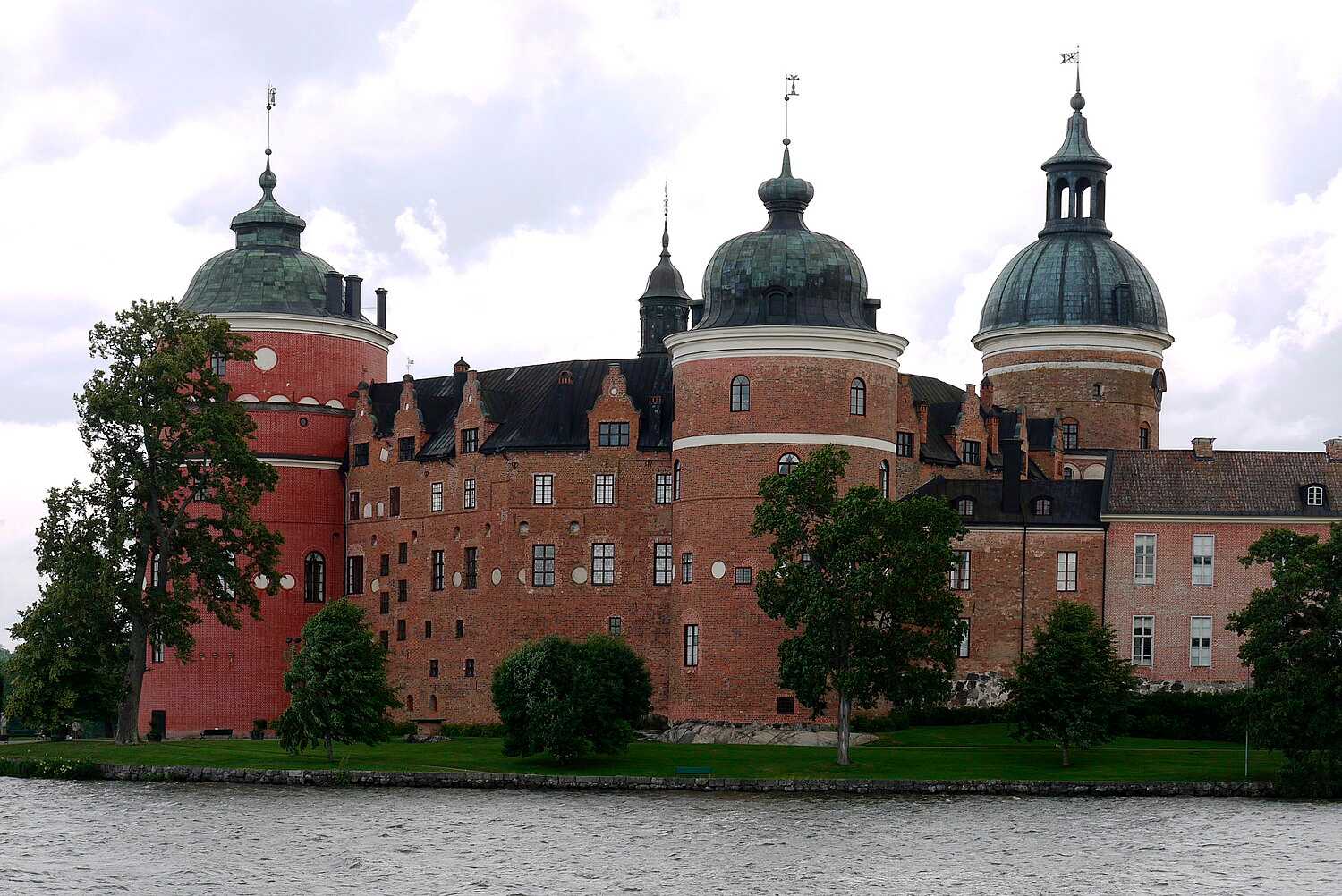 Gripsholm Castle (Swedish: Gripsholms slott) is a castle in Mariefred, Södermanland, Sweden. It is located by lake Mälaren in south central Sweden, in the municipality of Strängnäs, about 60 km west of Stockholm.[1] Since Gustav Vasa, Gripsholm has belonged to the Swedish Royal Family and was used as one of their residences until the 18th century. It is now a museum, but is still considered to be a palace at the disposal of the King and as such it is part of the Crown palaces in Sweden.