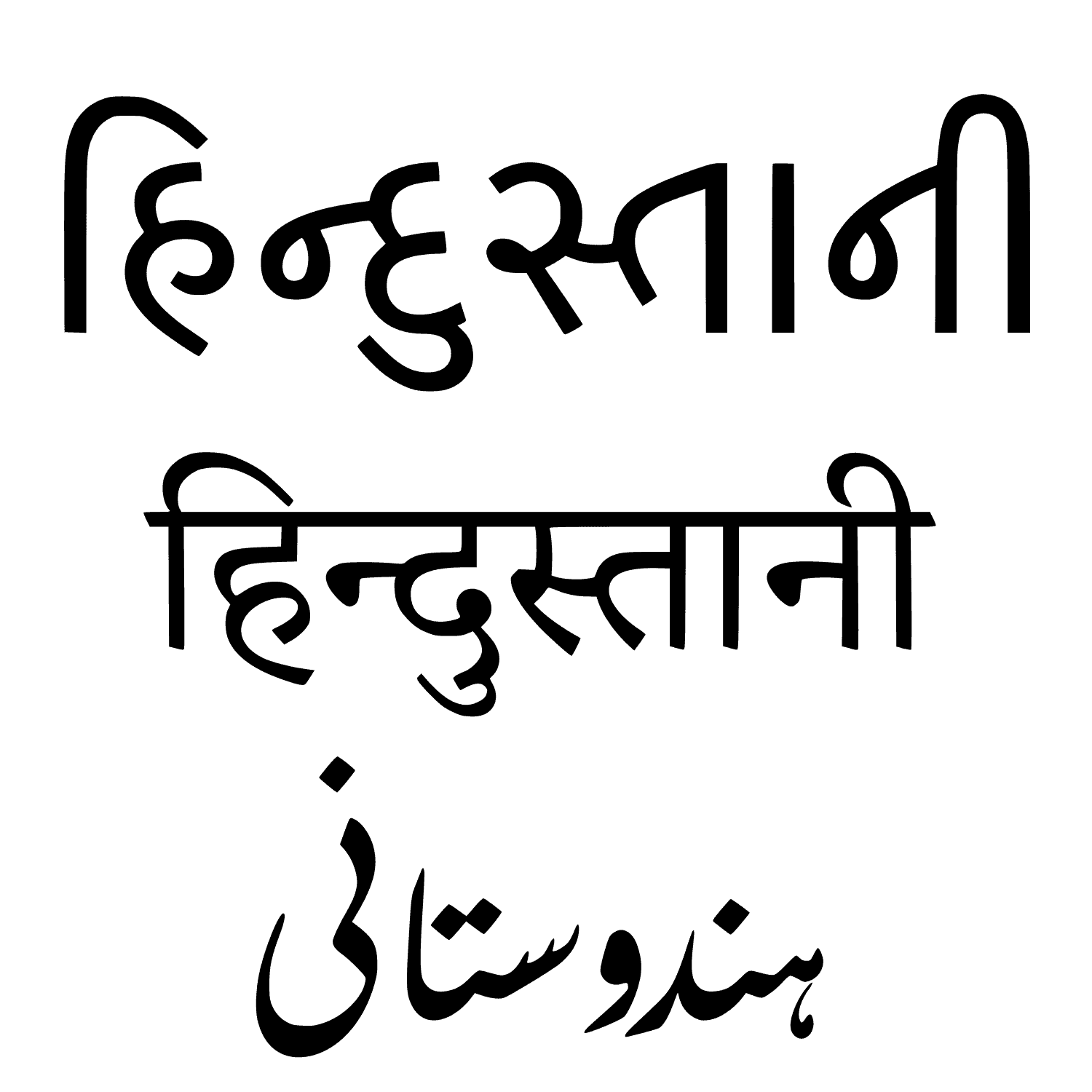 Hindustani (/ˌhɪndʊˈstɑːni/; Devanagari: हिन्दुस्तानी,[9][lower-alpha 2] Hindustānī; Perso-Arabic:[lower-alpha 3] ہندوستانی, Hindūstānī, lit. 'of Hindustan')[10][2][3] is an Indo-Aryan language spoken in Northern and Central India and Pakistan, and used as a lingua franca in both countries.[11][12] Hindustani is a pluricentric language with two standard registers, known as Hindi and Urdu. Thus, it is also called Hindi–Urdu.[13][14][15] Colloquial registers of the language fall on a spectrum between these standards.[16][17]

You may need rendering support to display the uncommon Unicode characters in this article correctly.

The concept of a Hindustani language as a "unifying language" or "fusion language" was endorsed by Mahatma Gandhi.[18] The conversion from Hindi to Urdu (or vice versa) is generally achieved just by transliteration between the two scripts, instead of translation which is generally only required for religious and literary texts.[19]

Some scholars trace the language's first written poetry, in the form of Old Hindi, to as early as 769 AD.[20] However this view is not generally accepted.[21][22][23] During the period of the Delhi Sultanate, which covered most of today's India, eastern Pakistan, southern Nepal and Bangladesh[24] and which resulted in the contact of Hindu and Muslim cultures, the Sanskrit and Prakrit base of Old Hindi became enriched with loanwords from Persian, evolving into the present form of Hindustani.[25][26][27][28][29][30] The Hindustani vernacular became an expression of Indian national unity during the Indian Independence movement,[31][32] and continues to be spoken as the common language of the people of the northern Indian subcontinent,[33] which is reflected in the Hindustani vocabulary of Bollywood films and songs.[34][35]

The language's core vocabulary is derived from Prakrit (a descendant of Sanskrit),[17][20][36][37] with substantial loanwords from Persian and Arabic (via Persian).[38][39][20][40] Hindustani also borrowed Persian prefixes to create new words. Persian affixes became so assimilated that they were used with original Khari Boli words as well.

As of 2020, Hindi and Urdu together constitute the 3rd-most-spoken language in the world after English and Mandarin, with 810 million native and second-language speakers, according to Ethnologue,[41] though this includes millions who self-reported their language as 'Hindi' on the Indian census but speak a number of other Hindi languages than Hindustani.[42] The total number of Hindi–Urdu speakers was reported to be over 300 million in 1995, making Hindustani the third- or fourth-most spoken language in the world.[43][20]