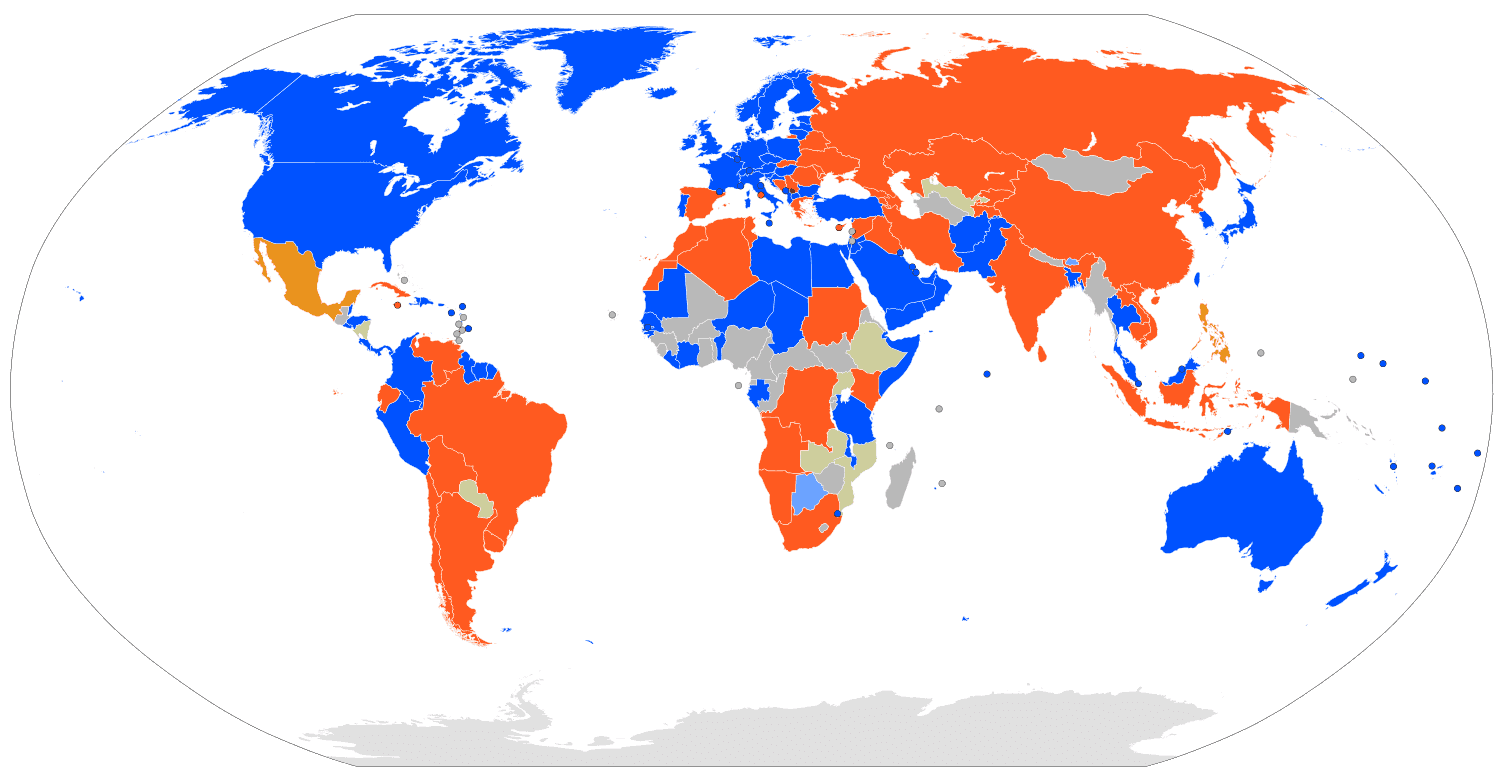 International recognition of Kosovo, since its declaration of independence from Serbia enacted on 17 February 2008, has been mixed, and international governments are divided on the issue.[1][2]

In 2013, the two sides began to normalise relations in accordance with the Brussels Agreement. In September 2020, Serbia and Kosovo agreed to normalise economic ties.[4][5] Serbia also agreed to suspend its efforts to encourage other states to either not recognise Kosovo or to revoke recognition for one year, while Kosovo agreed to not apply for new membership of international organisations for the same period.[6]