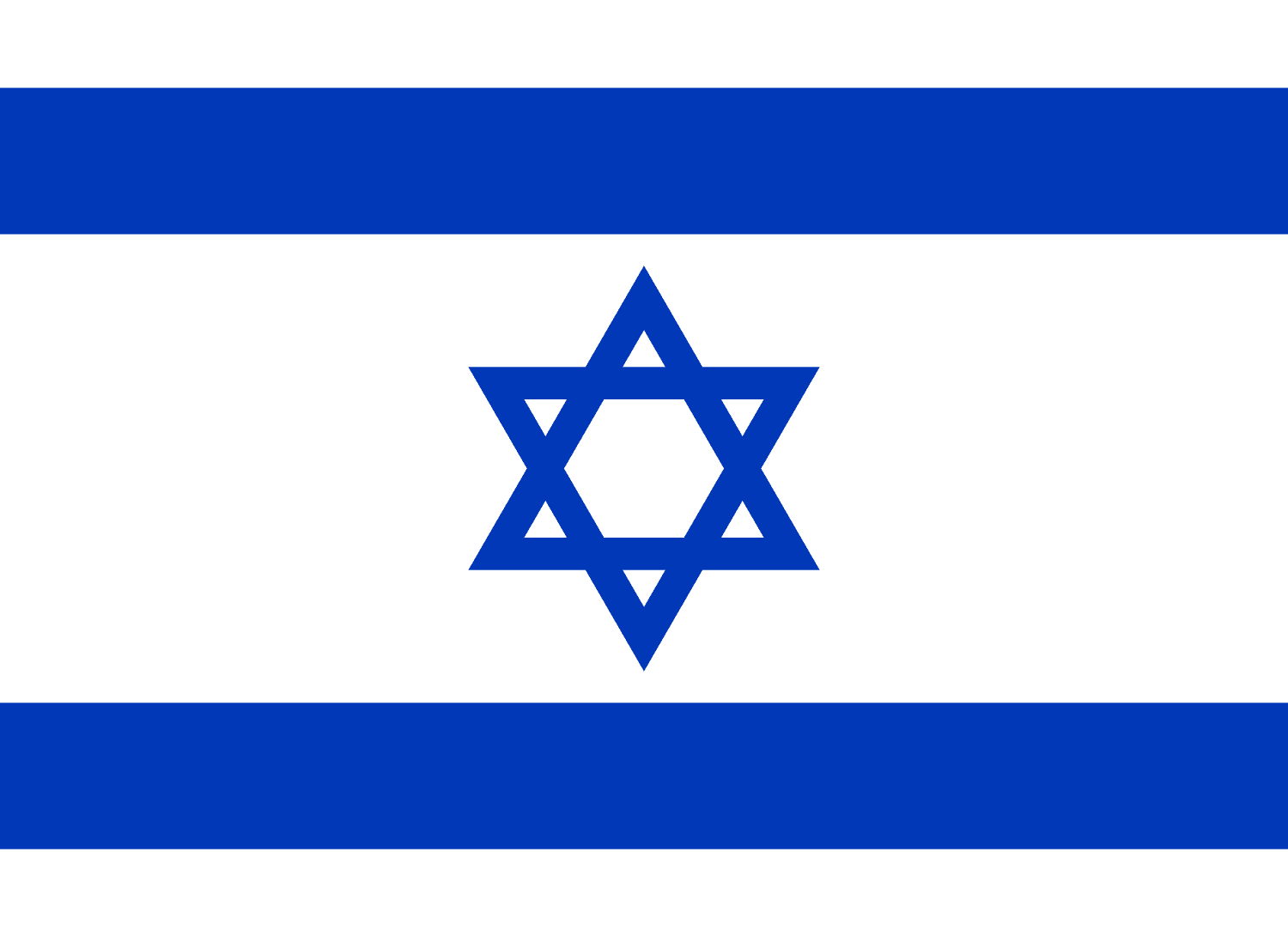 Israel (/ˈɪzri.əl, -reɪ-/; Hebrew: יִשְׂרָאֵל Yīsrāʾēl [jisʁaˈʔel]; Arabic: إِسْرَائِيل ʾIsrāʾīl), officially the State of Israel (מְדִינַת יִשְׂרָאֵל Medīnat Yīsrāʾēl [mediˈnat jisʁaˈʔel]; دَوْلَة إِسْرَائِيل Dawlat Isrāʾīl), is a country in Western Asia. Situated between the Eastern Mediterranean and the Red Sea, it is bordered by Lebanon to the north, by Syria to the northeast, by Jordan to the east, by Egypt to the southwest, and by the Palestinian territories — the West Bank along the east and the Gaza Strip along the southwest — with which it shares legal boundaries. Tel Aviv is the economic and technological center of the country, while its seat of government is in its proclaimed capital of Jerusalem, although Israeli sovereignty over East Jerusalem is unrecognized internationally.[19][fn 5]

Country in Western Asia
This article contains Hebrew and Arabic text. Without proper rendering support, you may see question marks, boxes, or other symbols.

The area of modern Israel and the West Bank is of great significance to the Abrahamic religions. In ancient history, it was where Canaanite and Israelite civilizations emerged, while in the early first millennium BCE the kingdoms of Israel and Judah emerged, before falling to the Neo-Assyrian and Neo-Babylonian empires, respectively.[20][21] During the classical era, the region was ruled by the Achaemenid, Macedonian, Ptolemaic and Seleucid empires. In the 2nd century BCE, an independent Hasmonean kingdom emerged, before Rome conquered the area a century later. In the 7th century, the Muslim conquest of the Levant established caliphal rule. The First Crusade of the 11th century brought the founding of Crusader states, the last ending in the 13th century at the hands of the Mamluks, who lost the area to the Ottoman Empire at the onset of the 16th century. In late 19th century, Jews began immigrating to the area as part of the Zionist movement. Following World War I, the allied powers assigned the Mandate for Palestine to Britain, which during the war made a declaration of support for the establishment of a national home for the Jewish people in Palestine. After World War II and the Holocaust, the newly formed United Nations adopted the Partition Plan for Palestine, recommending the creation of independent Arab and Jewish states, and placing Jerusalem under international control. Following a civil war within Mandatory Palestine between Yishuv and Palestinian Arab forces, Israel declared independence on 14 May 1948 at the termination of the British Mandate.

A day later, several surrounding Arab countries intervened, leading to the 1948 Arab–Israeli War, which concluded with the 1949 Armistice Agreements that saw Israel in control of most of the former mandate territory, while the West Bank and Gaza were held by Jordan and Egypt respectively. Over 700,000 Palestinian Arabs were expelled from or fled the territory Israel would come to control, with fewer than 150,000 Palestinian Arabs remaining within Israel. During and immediately after the war, around 260,000 Jews emigrated or fled from the Arab world to Israel.[22][fn 6] Israel has since fought wars with several Arab countries,[23] and since the 1967 Six-Day War has occupied the Syrian Golan Heights and the Palestinian territories of the West Bank, including East Jerusalem, and the Gaza Strip—the longest military occupation in modern history—though whether Gaza remains occupied following the Israeli disengagement is disputed. Israel has effectively annexed East Jerusalem and the Golan Heights, though these actions have been rejected as illegal by the international community, and established settlements within the occupied territories, which are also considered illegal under international law. While Israel has signed peace treaties with Egypt and Jordan, and has normalized relations with a number of other Arab countries, it remains formally at war with Syria and Lebanon, and efforts to resolve the Israeli–Palestinian conflict have thus far stalled.

The country has a parliamentary system, proportional representation, and universal suffrage. The prime minister serves as head of government, while the Knesset is the unicameral legislature.[24] Israel is a highly developed country and an OECD member,[25][26] performing very high in measures of education, life expectancy, wealth per adult, happiness and per capita income.[27][28] With a population of over nine million people, it has the world's 28th-largest economy by nominal GDP.[16]