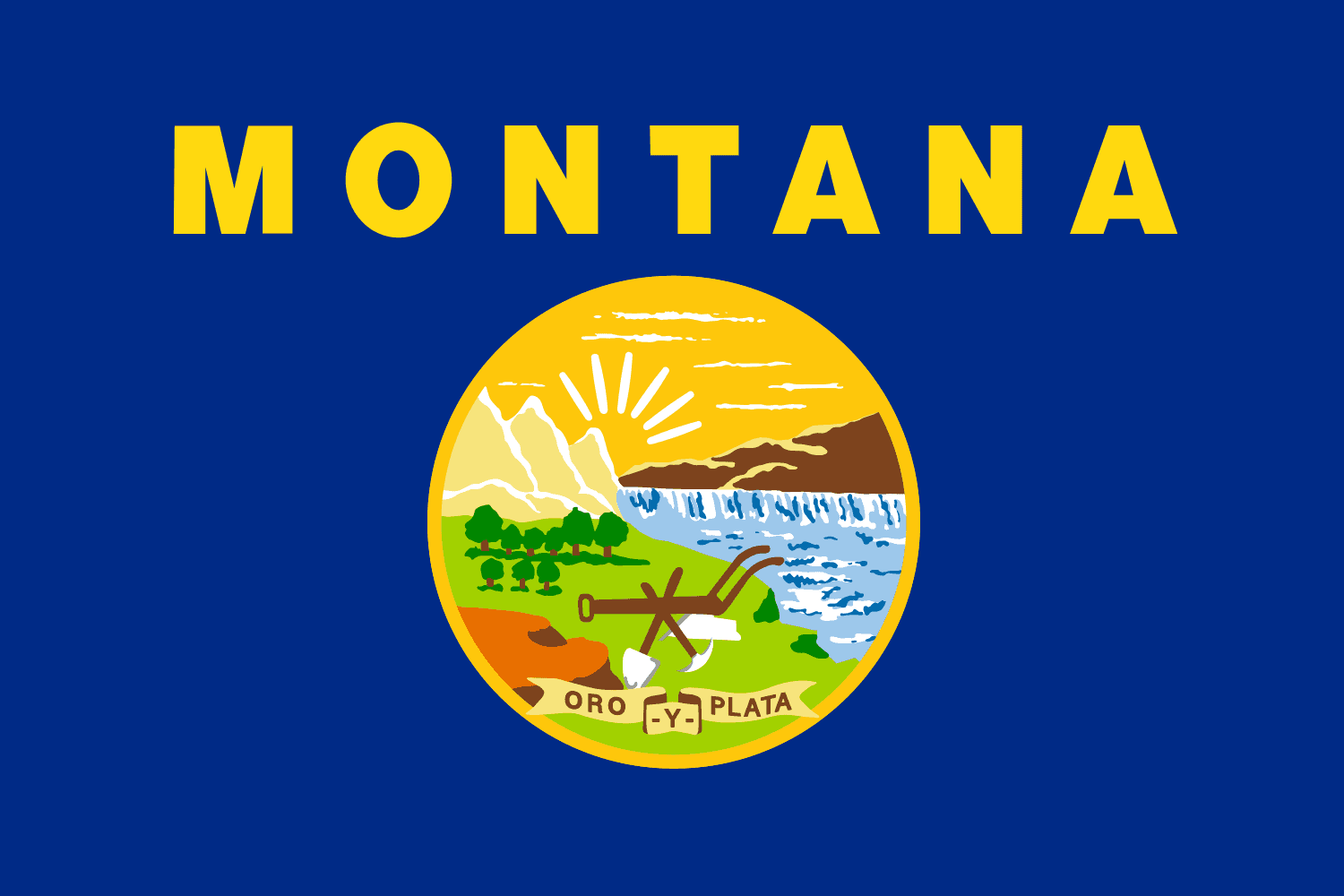 listen)) is a state in the Mountain West division of the Western United States. It is bordered by Idaho to the west, North Dakota and South Dakota to the east, Wyoming to the south, and the Canadian provinces of Alberta, British Columbia, and Saskatchewan to the north. It is the fourth-largest state by area, the eighth-least populous state, and the third-least densely populated state. Its state capital is Helena, while the largest city is Billings. The western half of Montana contains numerous mountain ranges, while the eastern half is characterized by western prairie terrain and badlands, with smaller mountain ranges found throughout the state.

Montana has no official nickname but several unofficial ones, most notably "Big Sky Country", "The Treasure State", "Land of the Shining Mountains", and "The Last Best Place".[7] The economy is primarily based on agriculture, including ranching and cereal grain farming. Other significant economic resources include oil, gas, coal, mining, and lumber. The health care, service, and government sectors are also significant to the state's economy. Montana's fastest-growing sector is tourism, with 12.6 million tourists (as of 2019) visiting the state each year.[8]