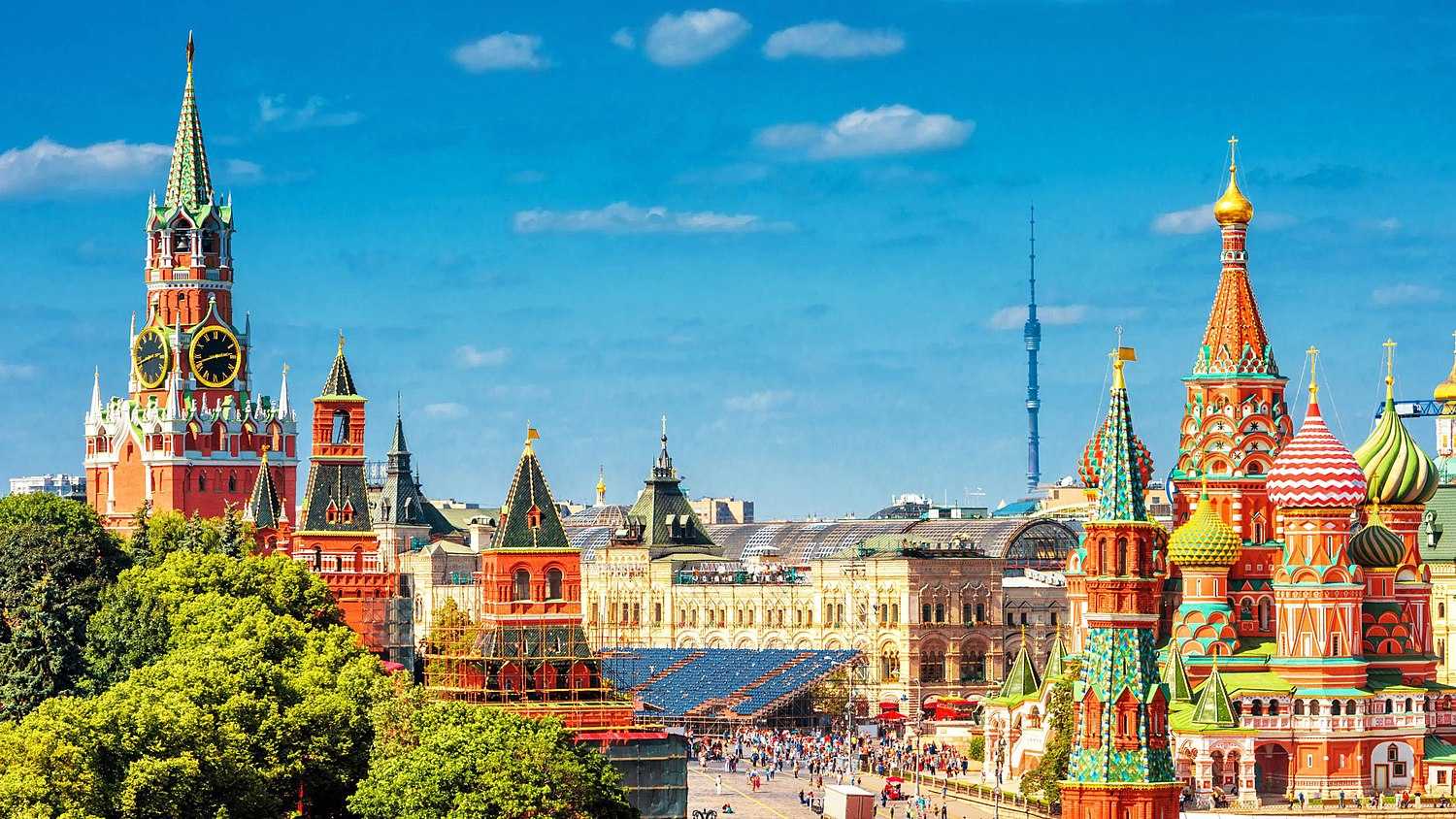 listen)) is the capital and largest city of Russia. The city stands on the Moskva River in Central Russia, with a population estimated at 13.0 million residents within the city limits,[5] over 17 million residents in the urban area,[6] and over 21.5 million residents in the metropolitan area.[14] The city covers an area of 2,511 square kilometers (970 sq mi), while the urban area covers 5,891 square kilometers (2,275 sq mi),[6] and the metropolitan area covers over 26,000 square kilometers (10,000 sq mi).[14] Moscow is among the world's largest cities; being the most populous city entirely in Europe, the largest urban and metropolitan area in Europe,[6][14] and the largest city by land area on the European continent.[15]

First documented in 1147, Moscow grew to become a prosperous and powerful city that served as the capital of the Grand Duchy that bears its name. When the Grand Duchy of Moscow evolved into the Tsardom of Russia, Moscow remained the political and economic center for most of the Tsardom's history. When the Tsardom was reformed into the Russian Empire, the capital was moved from Moscow to Saint Petersburg diminishing the influence of the city. The capital was then moved back to Moscow following the October Revolution and the city was brought back as the political center of the Russian SFSR and then the Soviet Union.[16] In the aftermath of the dissolution of the Soviet Union, Moscow remained the capital city of the contemporary and newly established Russian Federation.

The northernmost and coldest megacity in the world, with a history that spans eight centuries, Moscow is governed as a federal city (since 1993)[17] that serves as the political, economic, cultural, and scientific center of Russia and Eastern Europe. As an alpha world city,[18] Moscow has one of the world's largest urban economies.[19] The city is one of the fastest-growing tourist destinations in the world,[20] and is one of Europe's most visited cities. Moscow is home to the seventh-highest number of billionaires of any city in the world.[21] The Moscow International Business Center is one of the largest financial centers in Europe and the world, and features the majority of Europe's tallest skyscrapers. Moscow was the host city of the 1980 Summer Olympics, and one of the host cities of the 2018 FIFA World Cup.[22]

As the historic core of Russia, Moscow serves as the home of numerous Russian artists, scientists, and sports figures due to the presence of its various museums, academic and political institutions, and theaters. The city is home to several UNESCO World Heritage Sites and is well known for its display of Russian architecture, particularly its historic Red Square, and buildings such as the Saint Basil's Cathedral and the Moscow Kremlin, of which the latter serves as the seat of power of the Government of Russia. Moscow is home to many Russian companies in numerous industries and is served by a comprehensive transit network, which includes four international airports, ten railway terminals, a tram system, a monorail system, and most notably the Moscow Metro, the busiest metro system in Europe, and one of the largest rapid transit systems in the world. The city has over 40 percent of its territory covered by greenery, making it one of the greenest cities in Europe and the world.[15][23]