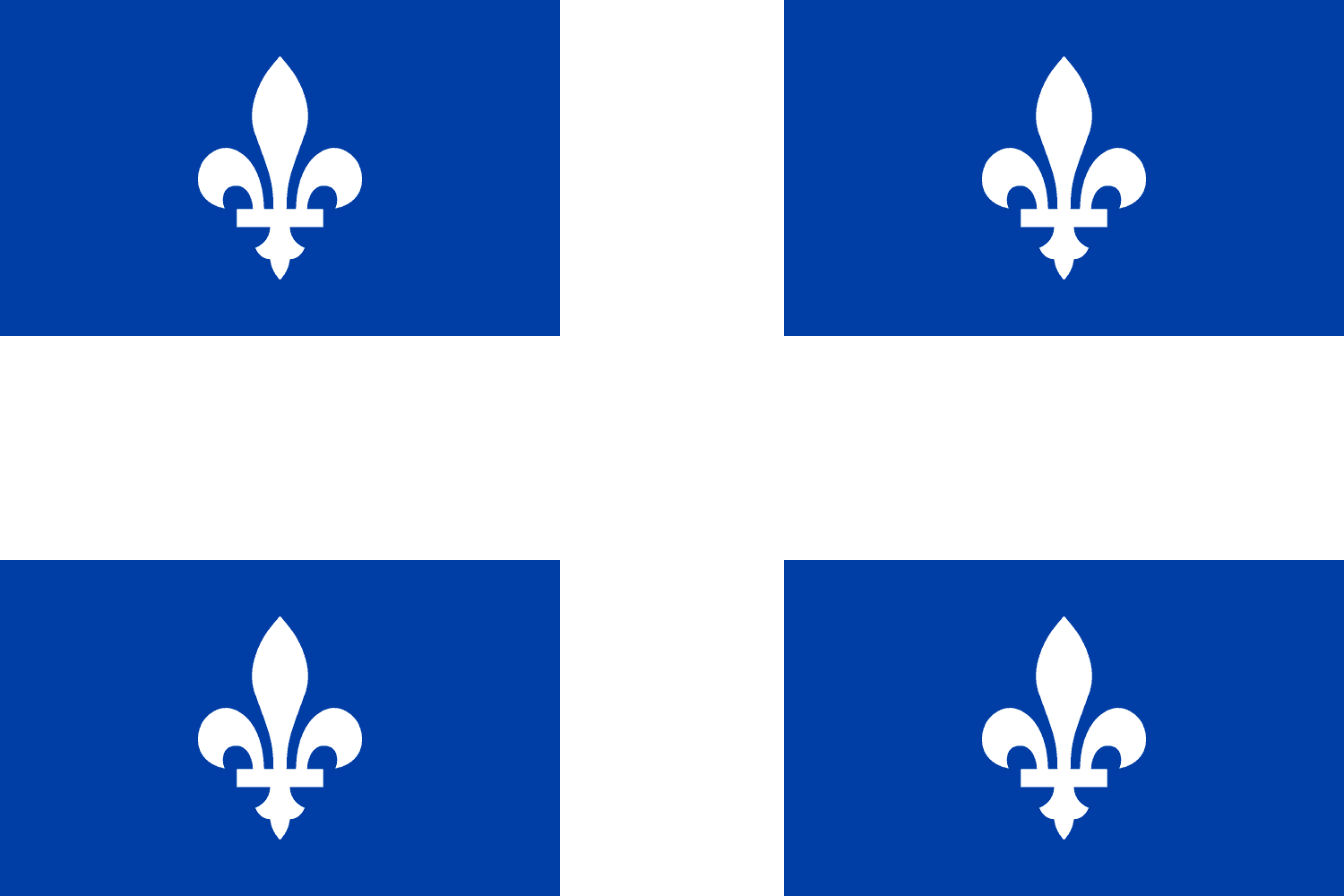 listen))[12] is one of the thirteen provinces and territories of Canada. It is the largest province by area and the second-largest by population. Much of the population lives in urban areas along the St. Lawrence River, between the most populous city, Montreal, and the provincial capital, Quebec City. Quebec is the home of the Québécois nation. Located in Central Canada, the province shares land borders with Ontario to the west, Newfoundland and Labrador to the northeast, New Brunswick to the southeast, and a coastal border with Nunavut; in the south it borders Maine, New Hampshire, Vermont, and New York in the United States.

Province of Canada
Province in Canada

Between 1534 and 1763, Quebec was called Canada and was the most developed colony in New France. Following the Seven Years' War, Quebec became a British colony: first as the Province of Quebec (1763–1791), then Lower Canada (1791–1841), and lastly Canada East (1841–1867), as a result of the Lower Canada Rebellion. It was confederated with Ontario, Nova Scotia, and New Brunswick in 1867, beginning the Dominion of Canada. Until the early 1960s, the Catholic Church played a large role in the social and cultural institutions in Quebec. However, the Quiet Revolution of the 1960s to 1980s increased the role of the Government of Quebec in l'État québécois (the state of Quebec).

The Government of Quebec functions within the context of a Westminster system and is both a liberal democracy and a constitutional monarchy. The Premier of Quebec, presently François Legault, acts as head of government. Québécois political culture mostly differs on a nationalist-vs-federalist continuum, rather than a left-vs-right continuum. Independence debates have played a large role in politics. Quebec society's cohesion and specificity is based on three of its unique statutory documents: the Quebec Charter of Human Rights and Freedoms, the Charter of the French Language, and the Civil Code of Quebec. Furthermore, unlike elsewhere in Canada, law in Quebec is mixed: private law is exercised under a civil-law system, while public law is exercised under a common-law system.

Quebec's official language is French; Québécois French is the regional variety. The economy of Quebec is mainly supported by its large service sector and varied industrial sector. For exports, it leans on the key industries of aeronautics, hydroelectricity, mining, pharmaceuticals, aluminum, wood, and paper. Quebec is well known for producing maple syrup, for its comedy, and for making hockey one of the most popular sports in Canada. It is also renowned for its culture; the province produces literature, music, films, TV shows, festivals, folklore, and more.