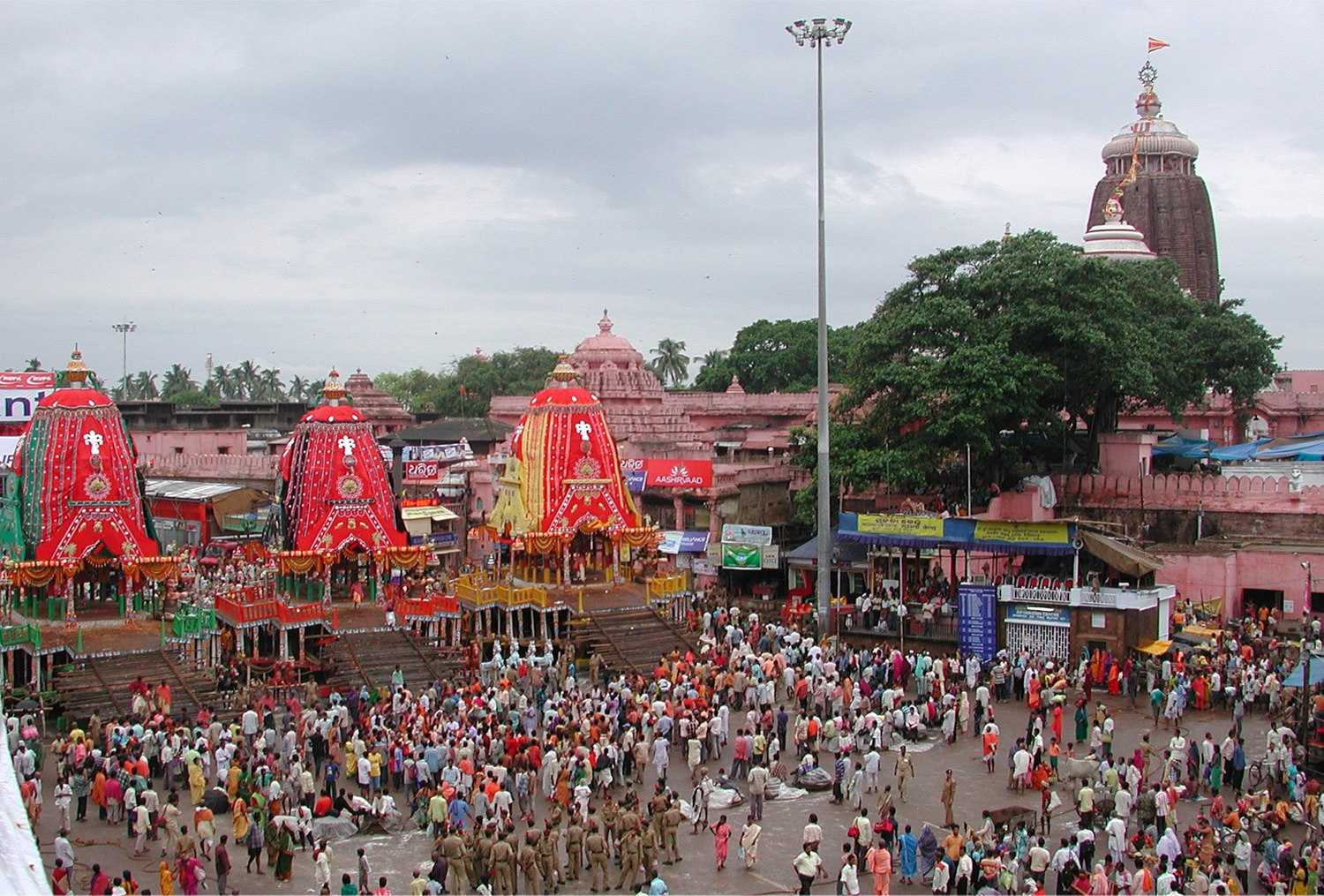 Ratha Yatra[lower-alpha 1] (/ˈrʌθə ˈjɑːtrə/), or Car festival, is any public procession in a chariot.[1][2] The term particularly refers to the annual Ratha Yatra in Odisha, Jharkhand, West Bengal and other East Indian states, particularly the Odia festival[3] that involve a public procession with a chariot with deities Jagannath (Vishnu avatar), Balabhadra (his brother), Subhadra (his sister) and Sudarshana Chakra (his weapon) on a ratha, a wooden deula-shaped chariot.[4][5] Ratha Yatra processions have been historically common in Vishnu-related (Jagannath, Rama, Krishna) traditions in Hinduism across India,[6] in Shiva-related traditions,[7] saints and goddesses in Nepal,[8] with Tirthankaras in Jainism,[9] as well as tribal folk religions found in the eastern states of India.[10] Notable Ratha Yatras in India include the Ratha Yatra of Puri, the Dhamrai Ratha Yatra and the Ratha Yatra of Mahesh. Ratha Yatra of Guptipara and Santipur Hindu communities outside India, such as in Singapore, celebrate Ratha Yatra such as those associated with Jagannath, Krishna, Shiva and Mariamman.[11] According to Knut Jacobsen, a Ratha Yatra has religious origins and meaning, but the events have a major community heritage, social sharing and cultural significance to the organizers and participants.[12]

Western impressions of the Jagannath Ratha Yatra in Puri as a display of unstoppable force are the origin of the English word juggernaut.