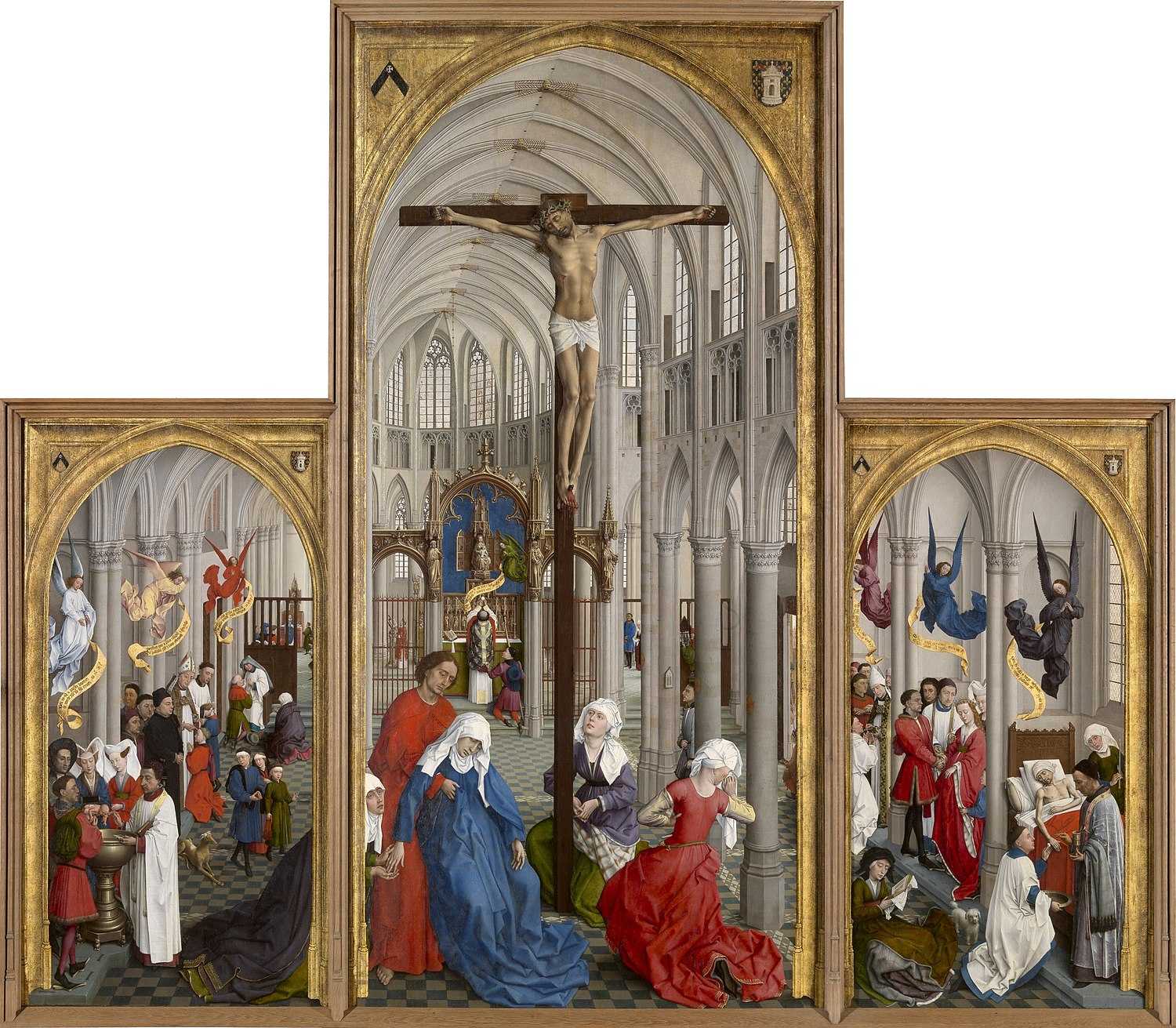 A sacrament is a Christian rite that is recognized as being particularly important and significant.[1] There are various views on the existence, number and meaning of such rites. Many Christians consider the sacraments to be a visible symbol of the reality of God, as well as a channel for God's grace. Many denominations, including the Catholic, Lutheran, Anglican, Methodist, and Reformed, hold to the definition of sacrament formulated by Augustine of Hippo: an outward sign of an inward grace, that has been instituted by Jesus Christ.[2][3][4][5] Sacraments signify God's grace in a way that is outwardly observable to the participant.[5]

Christian rite recognized as of particular importance and significance

The Catholic Church, Hussite Church and the Old Catholic Church recognise seven sacraments: Baptism, Penance (Reconciliation or Confession), Eucharist (or Holy Communion), Confirmation, Marriage (Matrimony), Holy Orders, and Anointing of the Sick (Extreme Unction).[6][7] The Eastern Churches, such as the Eastern Orthodox Church and Oriental Orthodox Church as well as the Eastern Catholic Churches, also believe that there are seven major sacraments, but apply the words sacred mysteries corresponding to Greek word, μυστήριον (mysterion), and also to rites that in the Western tradition are called sacramentals and to other realities, such as the Church itself.[8][9][10] Many Protestant denominations, such as those within the Reformed tradition, identify two sacraments instituted by Christ, the Eucharist (or Holy Communion) and Baptism.[11] The Lutheran sacraments include these two, often adding Confession (and Absolution) as a third sacrament.[11][12] Anglican and Methodist teaching is that "there are two Sacraments ordained of Christ our Lord in the Gospel, that is to say, Baptism and the Supper of the Lord," and that "those five commonly called Sacraments, that is to say, Confirmation, Penance, Orders, Matrimony, and Extreme Unction, are not to be counted for Sacraments of the Gospel."[13][14]

Some traditions, such as Quakerism do not observe any of the rites, or, in the case of Anabaptists, hold that they are simply reminders or commendable practices that do not impart actual grace—not sacraments but "ordinances" pertaining to certain aspects of the Christian faith.[15]