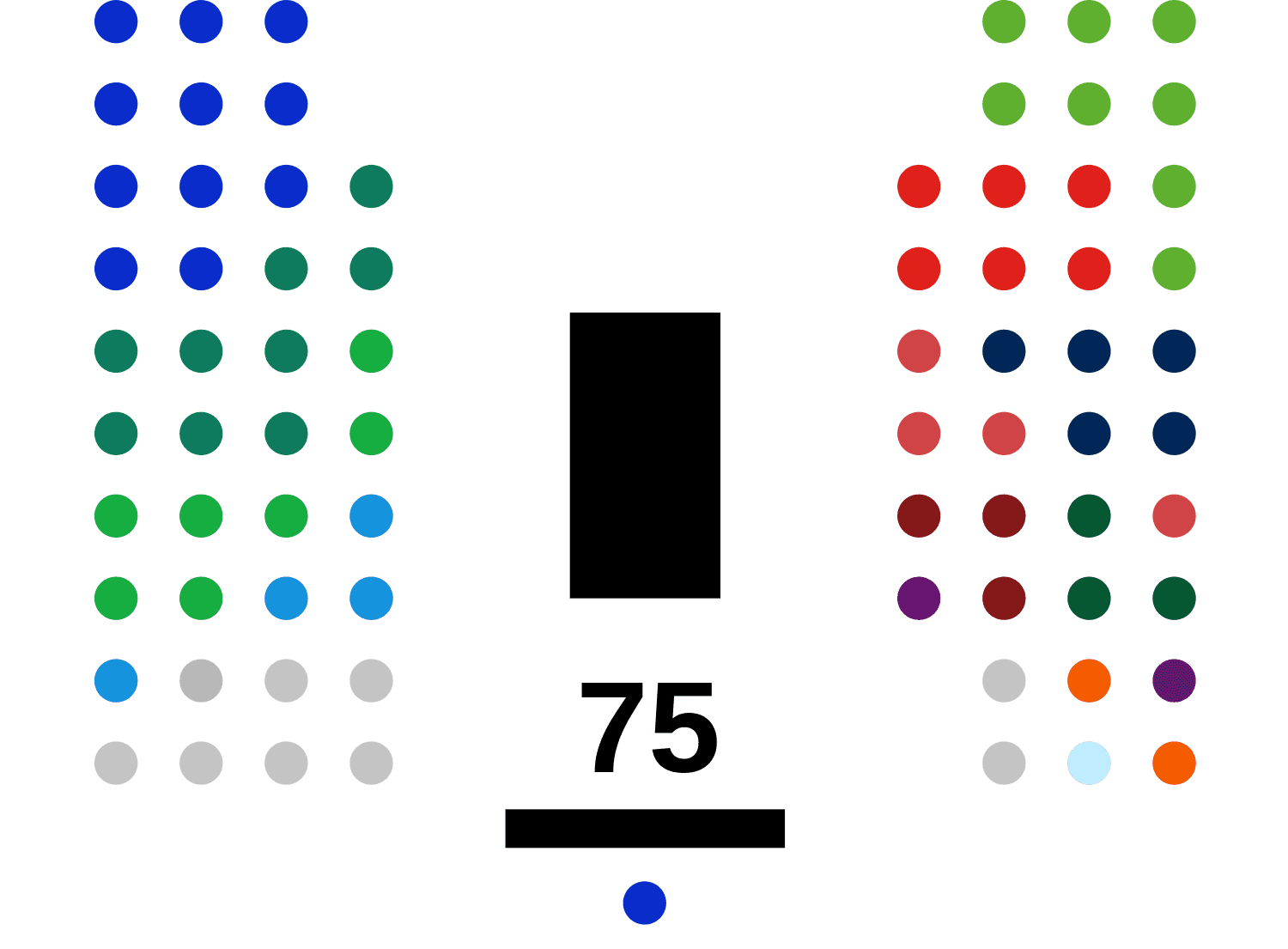 listen), literally "First Chamber of the States General", or sometimes Senaat [səˈnaːt]) is the upper house of the States General, the legislature of the Netherlands. Its 75 members are elected on lists by the members of the twelve States-Provincial and four electoral colleges for the Senate[lower-alpha 2] every four years, within three months of the provincial elections. All provinces and colleges have different electoral weight depending on their population.

Upper house of the Netherlands

Members of the Senate tend to be veteran or part-time politicians at the national level, often having other roles. They receive an allowance which is about a quarter of the salary of the members of the lower house. Unlike the politically more significant House of Representatives, it meets only once a week.