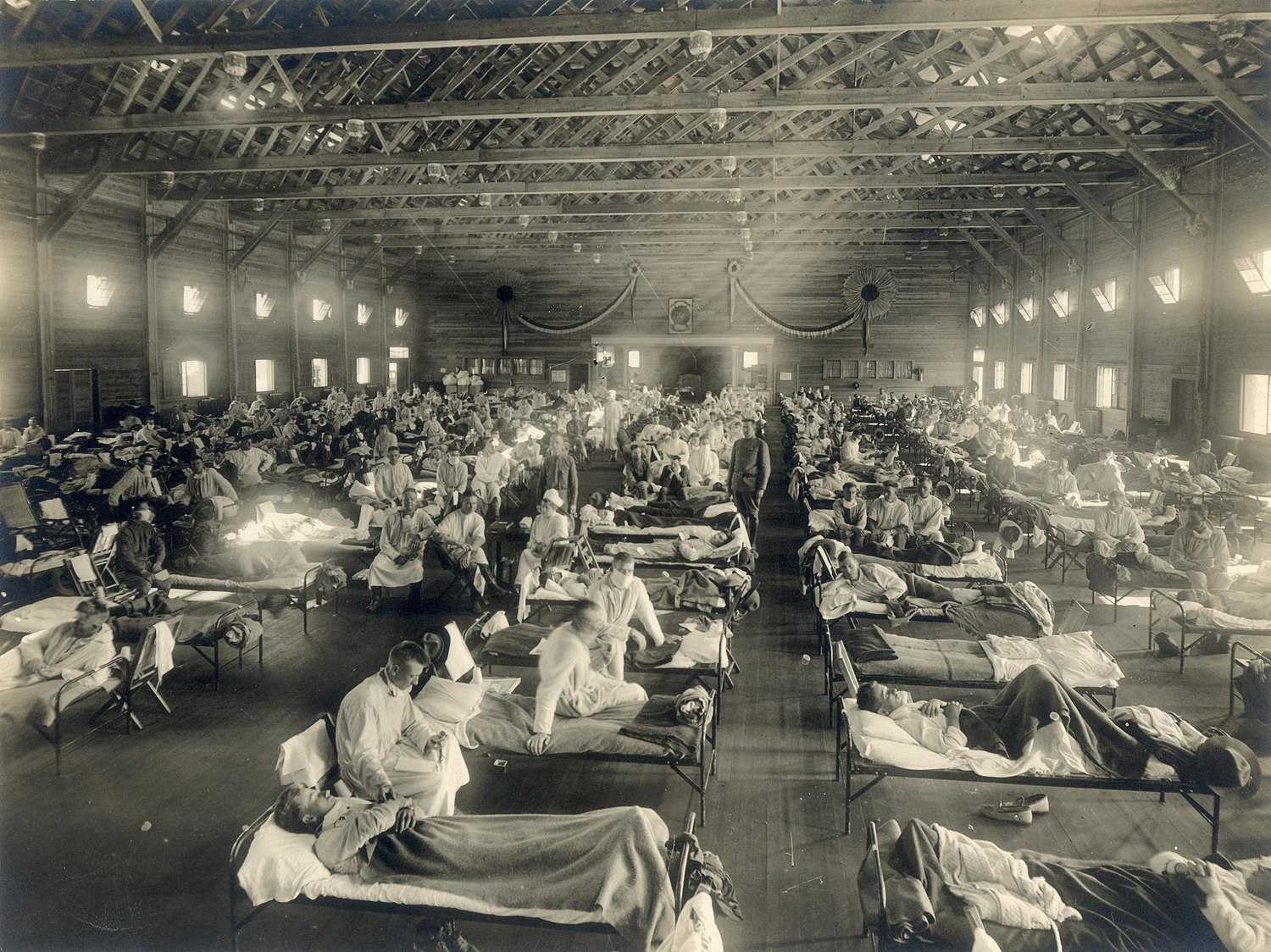 The 1918–1920 influenza pandemic, commonly known by the misnomer Spanish flu or as the Great Influenza epidemic, was an exceptionally deadly global influenza pandemic caused by the H1N1 influenza A virus. The earliest documented case was March 1918 in Kansas, United States, with further cases recorded in France, Germany and the United Kingdom in April. Two years later, nearly a third of the global population, or an estimated 500 million people, had been infected in four successive waves. Estimates of deaths range from 17 million to 50 million,[6] and possibly as high as 100 million, making it the one of the deadliest pandemics in human history after the Black Death bubonic plague of 1346–1353.

The pandemic broke out near the end of World War I, when wartime censors suppressed bad news in the belligerent countries to maintain morale, but newspapers freely reported the outbreak in neutral Spain, creating a false impression of Spain as the epicenter and leading to the "Spanish flu" misnomer.[7] Limited historical epidemiological data make the pandemic's geographic origin indeterminate, with competing hypotheses on the initial spread.[2]

Most influenza outbreaks disproportionately kill the young and old, with a higher survival rate in-between, but this pandemic had unusually high mortality for young adults.[8] Scientists offer several explanations for the high mortality, including a six-year climate anomaly affecting migration of disease vectors with increased likelihood of spread through bodies of water.[9] The virus was particularly deadly because it triggered a cytokine storm, ravaging the stronger immune system of young adults,[10] although the viral infection was apparently no more aggressive than previous influenza strains.[11][12] Malnourishment, overcrowded medical camps and hospitals, and poor hygiene, exacerbated by the war, promoted bacterial superinfection, killing most of the victims after a typically prolonged death bed.[13][14]