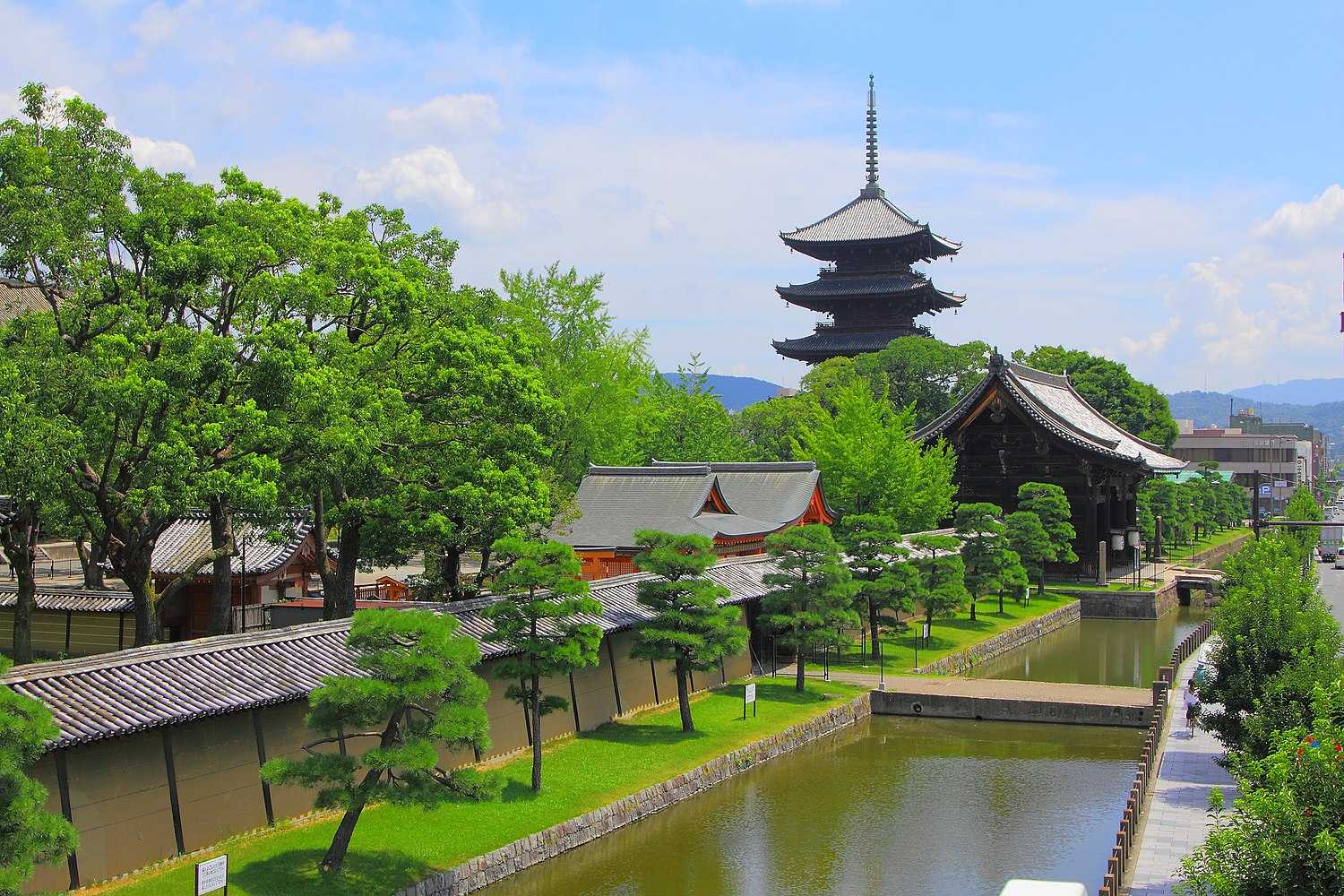 Tō-ji Temple (東寺, Tō-ji, "East Temple"), also known as Kyō-ō-gokoku-ji (教王護国寺, The Temple for the Defense of the Nation by Means of the King of Doctrines) is a Shingon Buddhist temple in the Minami-ku ward of Kyoto, Japan.

Founded in 796, it was one of the only three Buddhist temples allowed in the city at the time it became the capital of Japan. As such it has a long history, housing treasures and documents from the early Heian period and the Tang dynasty, and with buildings in its complex covering the Kamakura, Muromachi, Momoyama, and Edo periods. Five of these buildings have been designated National Treasures in two different categories: the Lotus Flower Gate (rengemon), the Miei Hall (mieidō), the Golden Hall (kondō) and the five-storied Pagoda (gojūnotō) (temple buildings) and the Kanchiin Guest Hall (kanchiin kyakuden) (residences).

Tō-ji was designated a UNESCO World Heritage Site in 1994, as part of the Historic Monuments of Ancient Kyoto.