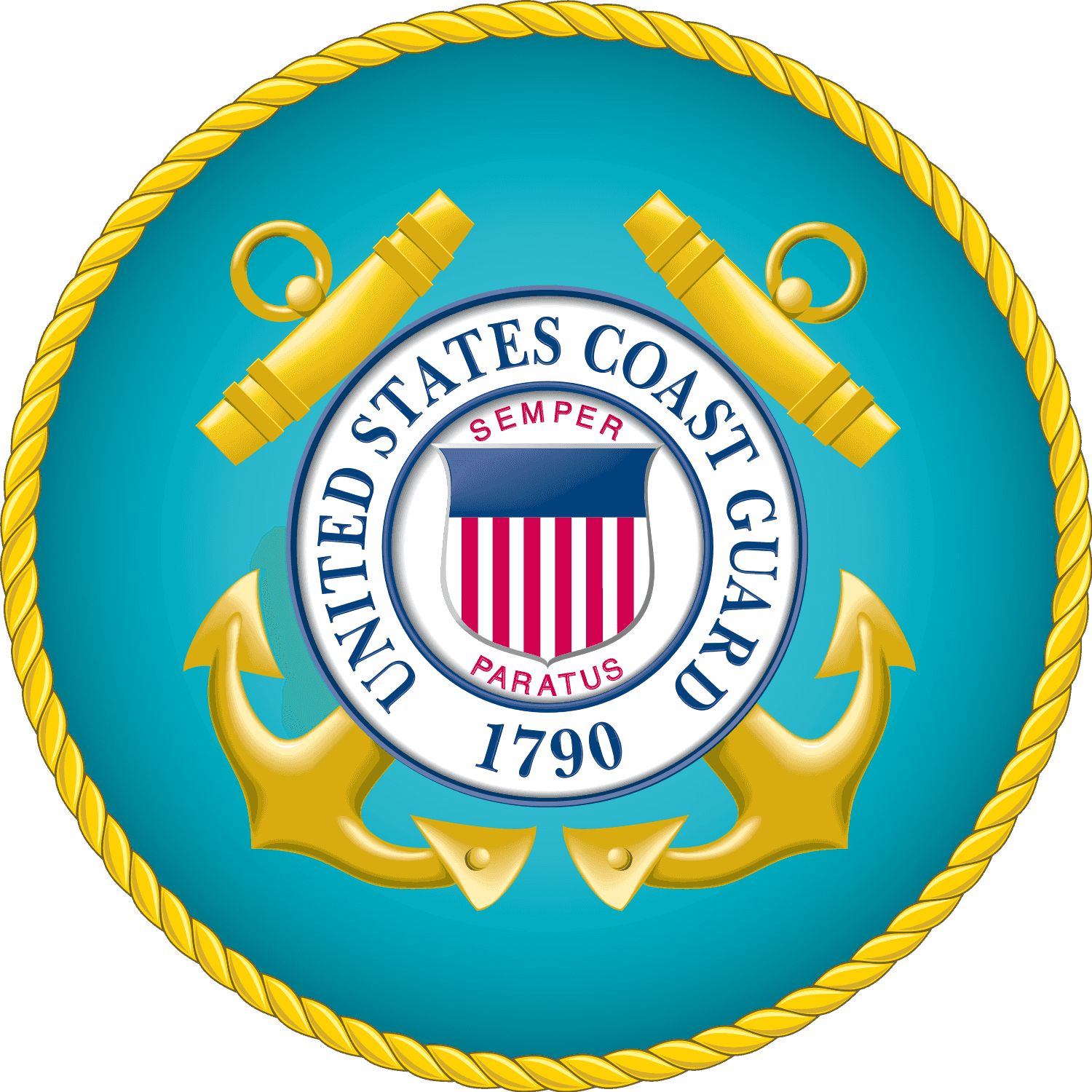 The United States Coast Guard (USCG) is the maritime security, search and rescue, and law enforcement service branch of the United States Armed Forces[6] and one of the country's eight uniformed services. The service is a maritime, military, multi-mission service unique among the United States military branches for having a maritime law enforcement mission with jurisdiction in both domestic and international waters and a federal regulatory agency mission as part of its duties. It is the largest and most powerful coast guard in the world, rivaling the capabilities and size of most navies.

The U.S. Coast Guard is a humanitarian and security service. It protects the United States' borders and economic and security interests abroad; and defends its sovereignty by safeguarding sea lines of communication and commerce across vast territorial waters spanning 95,000 miles of coastline and its Exclusive Economic Zone. With national and economic security depending upon open global trade and a rules-based international order, and with ever-expanding risk imposed by transnational threats through the maritime and cyber domains, the U.S. Coast Guard is at any given time deployed to and operating on all seven continents and in cyberspace to save lives; enforce laws; ensure safe and secure commerce; and protect the environment. Like its United States Navy sibling, the U.S. Coast Guard maintains a global presence with permanently-assigned personnel throughout the world and forces routinely deploying to both littoral and blue-water regions. The rise of great power competition and adversarial challenges to rules-based international order through inter-state aggression, economic coercion, and maritime hybrid warfare has cultivated numerous conflict hotspots around the world. The U.S. Coast Guard's adaptive, multi-mission "white hull" fleet is leveraged as a force of both diplomatic soft power and humanitarian and security assistance over the more overtly confrontational nature of "gray hulled" warships. As a humanitarian service, it saves tens of thousands of lives a year at sea and in U.S. waters, and provides emergency response and disaster management for a wide range of man-made and natural catastrophic incidents in the U.S. and throughout the world.[7]

Created by Congress as the Revenue-Marine on 4 August 1790 at the request of Alexander Hamilton, it is the oldest continuously operating naval service of the United States.[Note 1] As Secretary of the Treasury, Hamilton headed the Revenue-Marine, whose original purpose was collecting customs duties at U.S. seaports. By the 1860s, the service was known as the U.S. Revenue Cutter Service and the term Revenue-Marine gradually fell into disuse.[12]

The modern U.S. Coast Guard was formed by a merger of the U.S. Revenue Cutter Service and the U.S. Life-Saving Service on 28 January 1915, under the Department of the Treasury. In 1939, the U.S. Lighthouse Service was also merged into the U.S. Coast Guard. As one of the country's six armed services, the U.S. Coast Guard has deployed to support and fight every major U.S. war since 1790, from the Quasi-War with France to the Global War on Terrorism.[13][14]

As of December 2021, the U.S. Coast Guard's authorized force strength is 44,500 active duty personnel[15] and 7,000 reservists [Note 2]. The service's force strength also includes 8,577 full-time civilian federal employees and 31,000 uniformed volunteers of the U.S. Coast Guard Auxiliary.[16] The service maintains an extensive fleet of roughly 250 coastal and ocean-going cutters, patrol ships, buoy tenders, tugs, and icebreakers; as well as nearly 2,000 small boats and specialized craft. It also maintains an aviation division consisting of more than 200 helicopters and fixed-wing aircraft.[17] While the U.S. Coast Guard is the second smallest of the U.S. military service branches in terms of membership, the service by itself is the world's 12th largest naval force.[18][19]