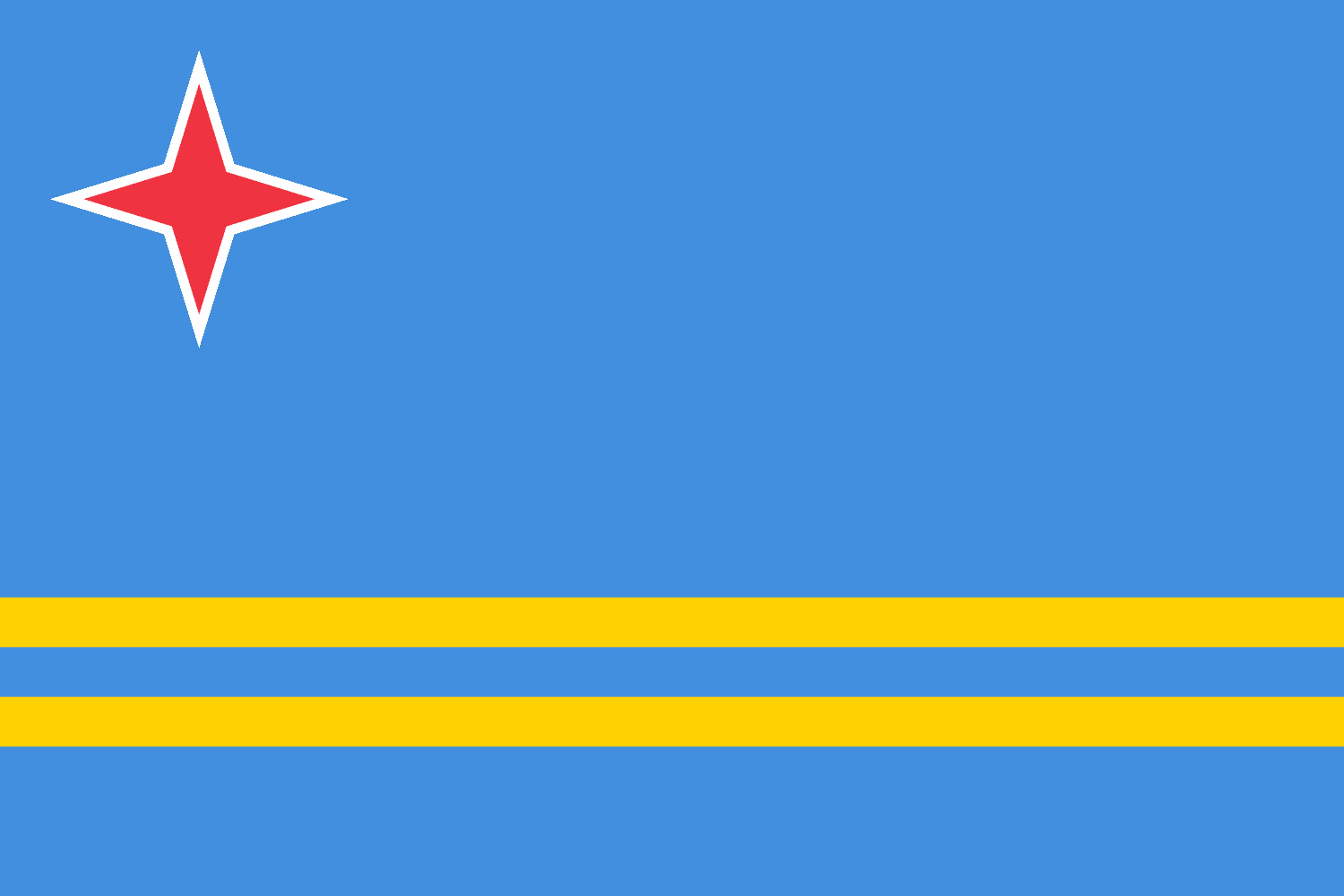 listen), Papiamento: [aˈruba]), officially the Country of Aruba (Dutch: Land Aruba; Papiamento: Pais Aruba) is a constituent country of the Kingdom of the Netherlands physically located in the mid-south of the Caribbean Sea, about 29 kilometres (18 mi) north of the Venezuelan peninsula of Paraguaná and 80 kilometres (50 mi) northwest of Curaçao.[5] It measures 32 kilometres (20 mi) long from its northwestern to its southeastern end and 10 kilometres (6 mi) across at its widest point.[5] Together with Bonaire and Curaçao, Aruba forms a group referred to as the ABC islands. Collectively, these and the other three Dutch substantial islands in the Caribbean are often called the Dutch Caribbean, of which Aruba has about one-third of the population. In 1986, it became a constituent country within the Kingdom of the Netherlands, and acquired the formal name the Country of Aruba.

Aruba is one of the four countries that form the Kingdom of the Netherlands, along with the Netherlands, Curaçao, and Sint Maarten; the citizens of these countries are all Dutch nationals.[6] Aruba has no administrative subdivisions, but, for census purposes, is divided into eight regions. Its capital is Oranjestad.[6][5]