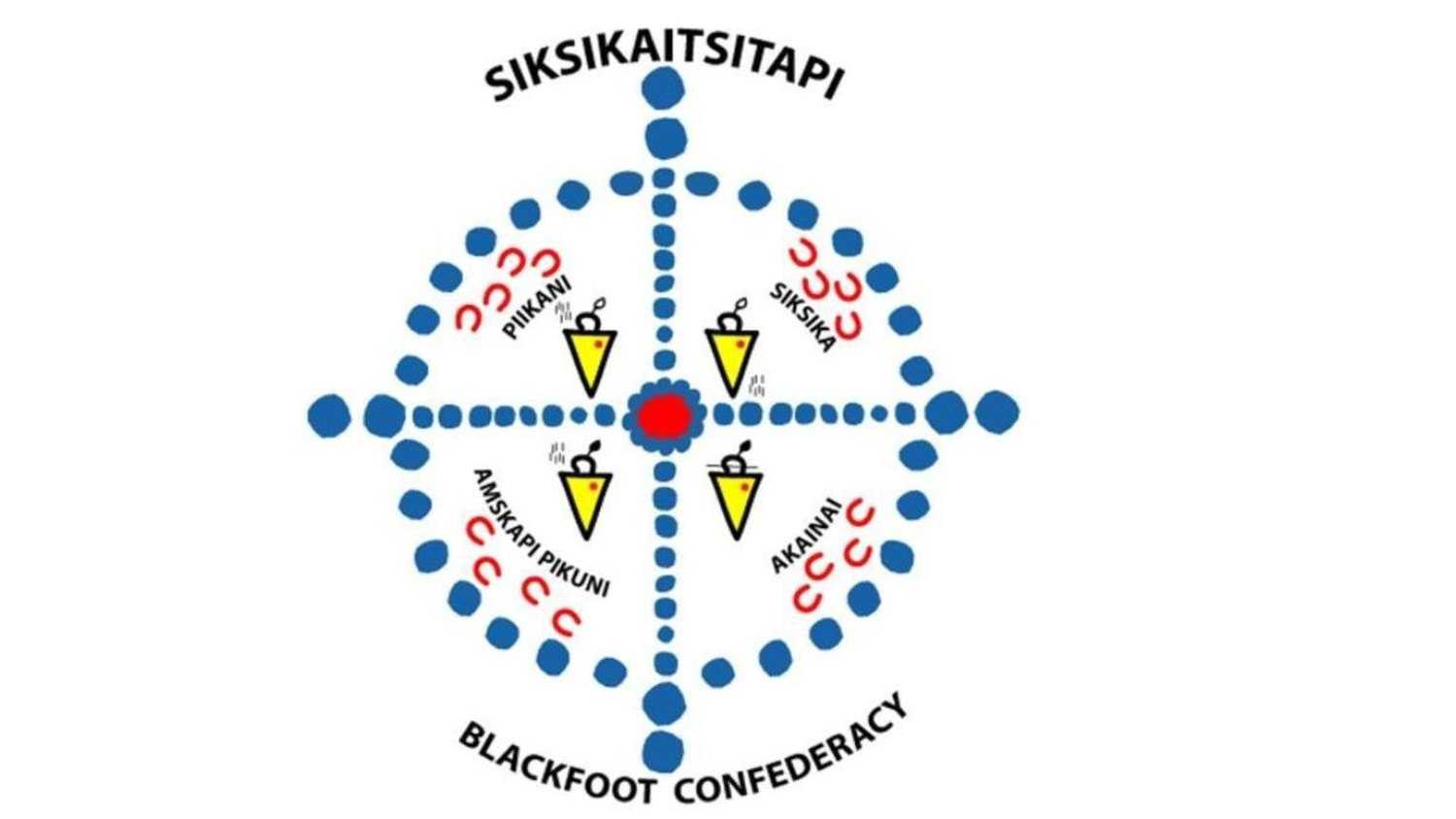 The Blackfoot Confederacy, Niitsitapi or Siksikaitsitapi[1] (ᖹᐟᒧᐧᒣᑯ, meaning "the people" or "Blackfoot-speaking real people"[lower-alpha 1]), is a historic collective name for linguistically related groups that make up the Blackfoot or Blackfeet people: the Siksika ("Blackfoot"), the Kainai or Blood ("Many Chiefs"), and two sections of the Peigan or Piikani ("Splotchy Robe") – the Northern Piikani (Aapátohsipikáni) and the Southern Piikani (Amskapi Piikani or Pikuni).[2] Broader definitions include groups such as the Tsúùtínà (Sarcee) and A'aninin (Gros Ventre) who spoke quite different languages but allied with or joined the Blackfoot Confederacy.

A name used for a group of Native Americans

Historically, the member peoples of the Confederacy were nomadic bison hunters and trout fishermen, who ranged across large areas of the northern Great Plains of western North America, specifically the semi-arid shortgrass prairie ecological region. They followed the bison herds as they migrated between what are now the United States and Canada, as far north as the Bow River. In the first half of the 18th century, they acquired horses and firearms from white traders and their Cree and Assiniboine go-betweens. The Blackfoot used these to expand their territory at the expense of neighboring tribes.

Today, three Blackfoot First Nation band governments (the Siksika, Kainai, and Piikani Nations) reside in the Canadian province of Alberta, while the Blackfeet Nation is a federally recognized Native American tribe of Southern Piikani in Montana, United States. Additionally, the Gros Ventre are members of the federally recognized Fort Belknap Indian Community of the Fort Belknap Reservation of Montana in the United States and the Tsuutʼina Nation is a First Nation band government in Alberta, Canada.